SPOT.ph movie reviewer Paul Daza tells us why "Twi-hards" should avoid this flick and why <em>Vampires Suck</em> may just be what you need for a stressful week like this one.

A pale, boyish-looking vampire named Edward watches the pretty, teenaged girl he is infatuated with as she sleeps in her bedroom. She too has feelings for him, and she’s dreaming about him as he watches her, oblivious to the fact that he’s inches away from her. And then, she FARTS, making Edward grimace in disgust. Welcome to Vampires Suck, a low-brow, low-budget comedy spoof of the first two Twilight saga movies. 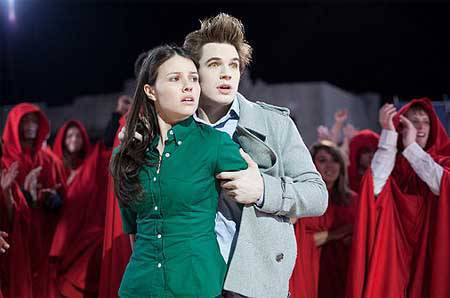 Becca Crane (Jenn Proske) has just returned to the mountain town of her childhood, Sporks, to be with her dad (Diedrich Bader) because mom is enjoying an extra-marital affair. In school, Becca sees Edward Sullen (Matt Lanter), and there’s an instant attraction that develops between them as they gaze at each other in slow motion. They fall madly in love, despite the fact that he’s an immortal vampire and she’s just a normal, angst-ridden teen. Complicating the budding romance is Becca’s hairy childhood friend Jacob (Chris Riggi), who can transform into a cute dog when he wills it. As in many a teen movie, Becca will have to choose between the two creatures fighting over her during her prom: will it be the boy with vampire fangs or the boy with fur? 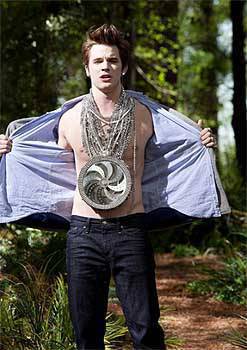 In a week that’s seen a tragic hostage crisis and a major, major beauty queen disappointment, Vampires Suck might just be what the doctor ordered. Though it doesn’t come with belly laughs as satisfying or as numerous as those from my all-time favorite genre spoof Airplane (released in Manila in 1980 as Flying High), some of the lowbrow, "mababaw" gags in Vampires Suck are quite funny. Two of my favorite jokes have to do with Becca’s relationship with her doting dad, who treats her like a child even though she’s already in high school. See how he carries her around and how he preserved her room for her homecoming. Also worth a chuckle or two is the identity of the man whom Becca’s mom is having an affair with, and a nasty, multi-glandular side effect of Jacob’s werewolf persona, which may have been one of the reasons why Vampires Suck is rated R-13 by the MTRCB. The good news, though, is that no discernible cuts have been made to the movie.

The most consistently amusing joke, however, is Jenn Proske’s spot-on portrayal of Becca Crane, which is an excellent riff on Kristen Stewart’s Bella Swan from Twilight and New Moon. In many of her scenes, all Proske has to do is fix the way her hair falls on her left ear or deliver a line in Stewart’s trademark semi-catatonic style to induce giggles. 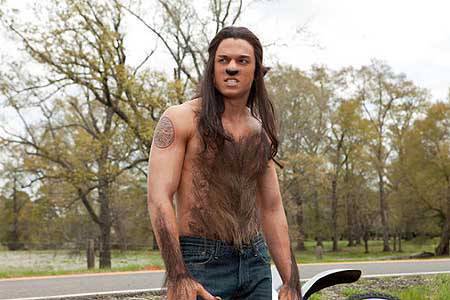 Many of the jokes, however, are misses, especially those that presume that all viewers are familiar with reality shows like "Jersey Shore" and "Keeping Up With the Kardashians." The script also loses points for spoiling a major surprise for those of us who haven’t read Stephenie Meyer’s books, one involving an event audiences will apparently see in the upcoming Twilight movie, Breaking Dawn. If you’re planning to see Vampires Suck and want this surprise preserved, cover your ears in the scene where Becca and a friend are emerging from a theater showing Eclipse.

Considering that Vampires Suck is a low-budget send-up of a franchise that’s also low-budget, what’s surprising is how polished the movie looks. Yes, the actors and actresses in Vampires Suck aren’t as attractive as their serious counterparts in the Twilight movies, but the sweeping helicopter shots and lush, green-blue lighting which characterized Twilight’s dreamy locations are kept intact in the spoof. The visual effects depicting Edward’s sparkling skin and the other vampire effects don’t appear to have been scrimped on either, though some shots have been intentionally designed to look amusing.

If you’re a "Twi-Hard" who doesn’t want to see the phenomenally successful books and movies defaced with fart jokes and crude, MAD magazine-type humor, then by all means, avoid Vampires Suck. Don’t bother watching it either if you haven’t seen a single Twilight movie. But if you have seen any of Bella and Edward’s adventures and are in the mood to laugh at something mindless and silly this week, then Vampires Suck may be what you’re looking for. Its title aside, the movie itself doesn’t suck- not always.