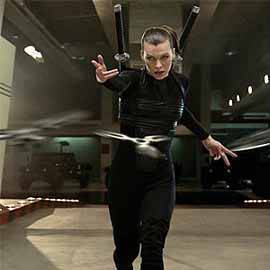 The eye-popping 3D shots may be the only reason to watch this film, says SPOT.ph movie reviewer Paul Daza. 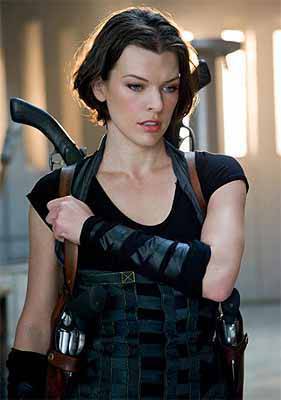 The one good thing that can be said about Resident Evil: Afterlife is that it has the best 3D effects since James Cameron’s Avatar. But take away the 3D from this action-horror hodgepodge and you’re left with an instantly forgettable sequel that’s indistinguishable from the earlier movies in the franchise.

Resident Evil: Afterlife begins with super-powered zombie killer Alice (Milla Jovovich, back for the fourth time) trying to destroy the evil Umbrella Corporation for unleashing the virus which turned nearly every human being on Earth into a man-eating zombie. Alice succeeds in her mission, blowing up the Umbrella Corp’s base in Japan as she and its big boss, Wesker (Shawn Roberts) duke it out in an aircraft that allows them to escape the fireball that engulfs the building. The fight with Wesker, however, results in Alice becoming human again after he injects her with a serum that neutralizes her superpowers. After Wesker dies, Alice picks up a radio transmission that says other human beings have survived the zombie plague and are gathered in a place called Arcadia. Her search for this supposed haven leads her to Alaska and Los Angeles, where she meets other survivors also in search of Arcadia. Making the quest hellishly difficult are the thousands of killer zombies roaming the streets of Hollywood, eager to feast on Alice and her companions. 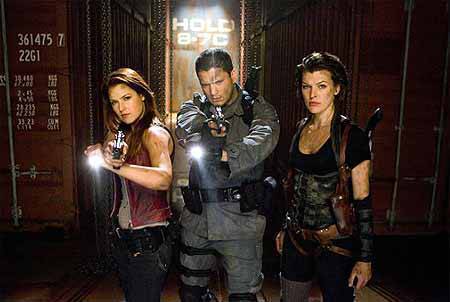 Afterlife is the fourth film in the Resident Evil series inspired by the popular video game franchise, and the first to be filmed in 3D. The trailers trumpeting Afterlife’s utilization of  the same camera system James Cameron developed for Avatar are the reason  I went to see it. I’ve never played a Resident Evil video game, so I’m not a fan. After sitting through the crappy, substandard 3D that was displayed in Clash of the Titans and The Last Airbender, I was eager to see a stereoscopic movie where the 3D was actually part of the filmmaking process from day one, and not just a marketing afterthought. In that regard, Resident Evil 4 delivers the goods. Afterlife has many immersive, eye-popping 3D shots, including spectacular aerial views of Alaska’s frozen landscapes and creepy aerial shots of a decaying Los Angeles overrun by zombies. It was also a treat to see in 3D the "bullet time" technique that The Matrix made famous in 1999 in the brief scene where Alice and Wesker are trying to kill one another at the start of the film. 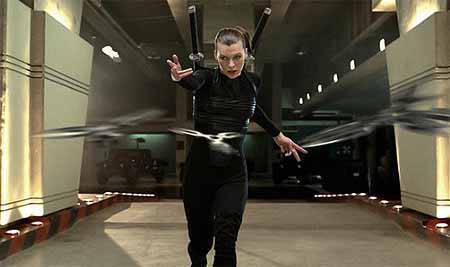 Take away the 3D, however, and Resident Evil 4 becomes just another mindless, soulless movie. As my cousin astutely said, "Watching Resident Evil is about as much fun as watching a video game that someone else is playing for two hours."

The main problem of Afterlife, as written and directed by Paul W.S. Anderson, is that it doesn’t give the viewer enough time or sufficient reason to care for any of its characters. One early scene, for example, has Alice thanking Wesker for making her human again. It  had the potential  to be an emotional highlight not only of this installment, but of the entire series to date. But the scene comes and goes without making much of an impression because it happens too early in the story and isn't staged dramatically enough.

There’s also a scene which takes place near the end of the film where two characters are revealed to be siblings. It too falls flat because once again, there’s nothing in the script or in the staging which makes us give a hoot about the brother-and-sister reunion, not even a touching musical passage.

Anderson’s script also makes it difficult for the viewer to sympathize with the men and women Alice meets in L.A., which include a male model, a waitress who’s an aspiring actress, a snobbish talent agent, and his meek personal assistant. What made Anderson think that anyone living outside of New York or Los Angeles could identify with any of these Hollywood types?  Competent actors could have helped, but the only one who survives this movie with any shred of dignity is Jovovich, who can probably play Alice in her sleep after four movies. The quality of the acting displayed by other members of the cast is just a notch or two above the acting of those playing the zombies.

And then there’s the character of Chris Redfield (Wentworth Miller), who is imprisoned, like Hannibal Lecter, in a special jail cell. Alice wants him released because he’s the only one who possesses knowledge that will help their group evade the killer zombies. The others refuse because Chris is a super evil murderer who can’t be trusted. Alice asks what Chris’ crime is, but she doesn’t get any answers. Later on, however, circumstances result in Chris being released, and he turns out to be a straight shooter. You're then left asking  why he was given the Hannibal Lecter treatment in the first place.

And just when you think the script of Resident Evil: Afterlife couldn’t be more annoying, the last few minutes of the film show a dead character who’s suddenly alive and kicking, with no explanation as to how he/she cheated death! And this is a trick that the movie pulls on the audience not just once, but twice!

Given all these, the only valid reason to watch Resident Evil would be to see the awesome 3D shots. If you don't care about 3D--especially since it costs an extra P150 per ticket--there are better ways to use 100 minutes of your life than watching this narrative mess. If the writer/director of Afterlife didn't care enough to give you a movie with an involving script and sympathetic characters, why should you care to watch it?

Resident Evil: The Afterlife Millajovovich Moviereview
Your Guide to Thriving in This Strange New World
Staying
In? What to watch, what to eat, and where to shop from home
OR
Heading
Out? What you need to know to stay safe when heading out