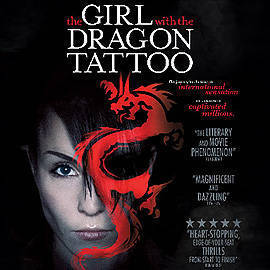 MOVIE REVIEW: The Girl with The Dragon Tattoo

The film, says our SPOT.ph movie reviewer is "the best serial killer movie since <em>The Silence of the Lambs</em>." 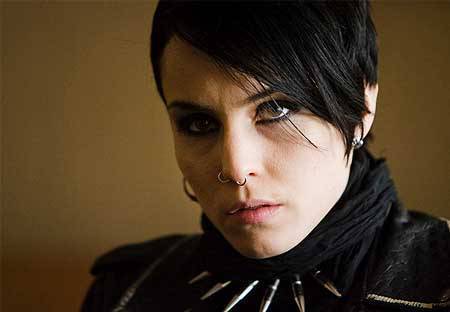 The film made Noomi Rapace (Lisbeth) an international star

(SPOT.ph) Don't let the subtitles, the R-18 rating, and the 2 ½ hour running time turn you away- the 2009 Swedish film The Girl with the Dragon Tattoo is the best serial killer movie I've seen since 1991's The Silence of the Lambs. Smart, scary, uniquely atmospheric and frightening, it's also the best European film since Amelie. But where that French film was a surreal, feel-good romantic comedy, The Girl with the Dragon Tattoo is almost the exact opposite-it's a gripping, blood-splattered nail-biter about murders and family secrets that's the stuff of nightmares.

Watch the trailer of The Girl with The Dragon Tattoo

Based on the bestselling book (which I haven't read) by the late Stieg Larsson, The Girl with the Dragon Tattoo is about a wealthy old man's wish to find out what really happened to his niece, who has been missing for forty years. In 1966, Harriet Vanger disappeared from Hedeby, an island in Sweden owned and inhabited by her powerful family. Forty years later, after a police investigation fails to answer any of the questions surrounding Harriet's disappearance, her uncle Henrik (Sven-Bertil Taube) hires disgraced journalist Mikael Blomkvist (Michael Nyqvist) to solve the decades-old mystery. Henrik is convinced that Harriet was actually murdered by one of the Vangers, and tells Mikael to focus his investigation on them. Working alone at first, Mikael is soon aided by a brilliant but troubled young computer hacker named Lisbeth Salander (Noomi Rapace), who provides important clues which point him in the right direction. As Lisbeth and Mikael dig deeper, they uncover a long and grisly trail of murders which put their lives at risk, murders which confirm Henrik's suspicion that Harriet was killed by one of her kin. 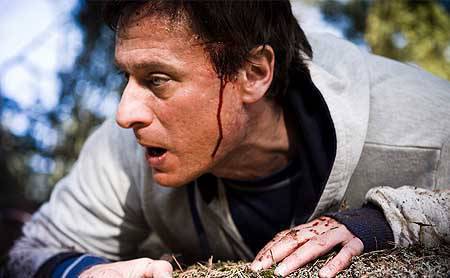 The less you know about The Girl with the Dragon Tattoo, the better, because nothing ruins a movie more than great expectations. This is one of those very rare movies I went to see knowing hardly anything about it-I had not seen the trailer, had not read the book, nor did I have the foggiest idea what it was about. All I knew was that Hollywood's been buzzing about it for the past year, and that a remake directed by The Social Network's David Fincher is now in post production. If I had my way, this review wouldn't even come with a synopsis-all it would contain is my highest recommendation for those who enjoy scary murder mysteries like The Silence of the Lambs.

(But since I have to obey the rules of movie reviewing...)

Considering this movie is based on a novel, I don't think it's redundant to point out how cinematic the film is. As directed by Niels Arden Oplev, The Girl with a Dragon Tattoo is superbly visualized, the Vanger homestead and the skies above it looking very threatening indeed. I can't recall the last film I saw that was set in Sweden, but I do know that it's never looked as unwelcoming as it does here. A travelogue for Stockholm and its surrounding areas, this film is not. I also admire the fact that two of the film's creepiest and most unnerving moments feature characters looking at pictures which provide clues about Harriet's fate. If these two sequences have equivalent chapters in the book, I'll look forward to reading them to see if they are as impactful as words in a book's pages as they are pictures on a movie screen.

For the most part, director Niels Arden Oplev strikes a commendable balance between talk and imagery in the movie, supplementing his haunting pictures with expository dialogue only when necessary. And considering the film (and presumably, the book) deals with such controversial subjects as Nazism, rape, sodomy, lesbianism, incest and child abuse, it's a tribute to the director that he never loses his grasp on the narrative.

The performances are all excellent. Worthy of special mention, of course, is the superb Noomi Rapace as Lisbeth, the character described by the movie's title. All you really need to know about Rapace is that her brave portrayal in this film made her an international star, and there was even a clamor for her to play Lisbeth in the Hollywood remake that's due later this year. (For better or for worse, however, she reportedly turned it down because she had already played Lisbeth in Dragon Tattoo and its two sequels, The Girl Who Played with Fire and The Girl Who Kicked the Hornet's Nest.)

I'll stop here because in the case of The Girl With the Dragon Tattoo, ignorance truly is bliss. I'll end by saying that I was so impressed with the film that I have no idea how David Fincher and his Hollywood team will improve on it, but I'm eager to see them try.

The Girl With The Dragon Tattoo Stieglarsson Moviereview
Your Guide to Thriving in This Strange New World
Staying
In? What to watch, what to eat, and where to shop from home
OR
Heading
Out? What you need to know to stay safe when heading out