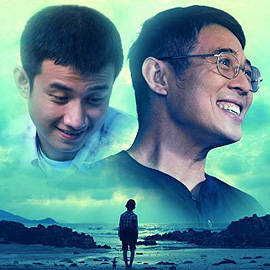 Catch the 6th Spring Film Festival from January 20 to 29

Usher in the year of the Water Dragon with films that explore Chinese history, culture, and more. 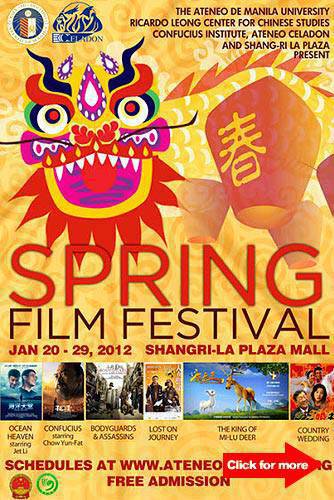 Action star Jet Li takes on a dramatic role in the family drama Ocean Heaven. He plays an ill father who goes to great lengths to raise his autistic child. The film Lost on Journey, on the other hand, tells the misadventures of one man while on a long journey to reach his family in time for New Year’s Eve. See how a complete stranger changes his perspective on life and makes him see the good in people.

Cultures clash in Country Wedding: parents of soon-to-be newlyweds meddle in the wedding preps, as if it isn’t complicated enough when the bride is from the city and the groom, from the countryside. You can also catch Confucius, a biographical drama chronicling the life, teachings, and lesser-known hardships of the Great Sage.

Not to be missed is the action-historical flick Bodyguards and Assassins. In this film set in 1905 during British rule in Hong Kong, commoners (a tofu vendor, rickshaw pullers, a beggar, and an orphan) serve as bodyguards to Sun Yat-Sen. They protect their leader with the hope of liberation.

China’s first 3D-animated movie, King of Milu Deer, is a tale about the environment. A white Milu Deer named Yoyo turns into a lady and meets Tzan, the prince of the Kingdom of Clouds and Dreams. The prince is on a mission to hunt Milu Deer in the Labyrinth Mountain to sacrifice to the gods in exchange for rain. Tzan, with the help of Yoyo, discovers the beauty of the mountain and works to preserve it.

Spring Film Festival Springfilmfestivalinmanila Shangri-laplaza Filmfestinmanila Moviesinmanila Filmfestival
Your Guide to Thriving in This Strange New World
Staying
In? What to watch, what to eat, and where to shop from home
OR
Heading
Out? What you need to know to stay safe when heading out