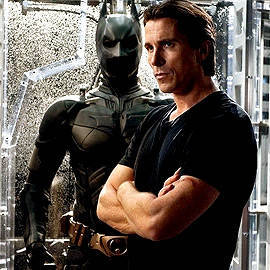 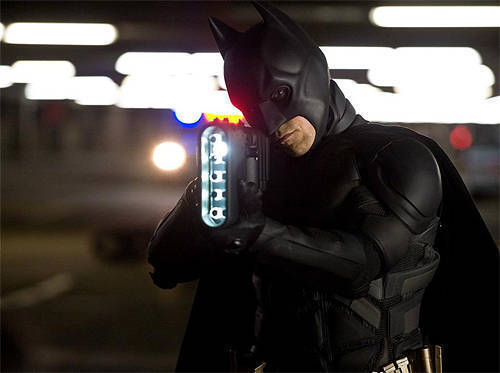 Christian Bale reprises his role as The Dark Knight.

It's been eight years since the Batman (Christian Bale) supposedly murdered  Harvey Dent, and no one has seen the Caped Crusader since. Not that he's been missed much, since Gotham City has never been more peaceful and prosperous, with organized crime at an all-time low. That quickly changes, however, when anarchist Bane (Tom Hardy) appears and threatens the city, forcing the crime-fighting vigilante out of retirement. Complicating matters for Bruce Wayne/Batman is the appearance of cat burglar Selina Kyle (Anne Hathaway), whose obsession with getting Wayne's fingerprints puts them both on a deadly collision course with Bane.

That pervading atmosphere of gloom and doom.

After the relatively light and frothy popcorn heroics offered by The Avengers and  The Amazing Spider-Man, a superhero movie with a more serious tone and a more philosophical bent is almost refreshing.  Where the threats posed in those two Marvel movies came from a fantastic genetic engineering experiment gone wrong and an out-of-this-world cosmic cube, the terrorist threat posed by Bane in The Dark Knight Rises (TDKR) is one that's far more realistic. His tools are bombs, a nuclear device, and even the hatred the "have-nots" feel for the "haves." Director Christopher Nolan's searing, Imax-sized images of Gotham's purge recall not only the 9/11 attacks, but the Holocaust as well. Why so serious? The word "dark" isn't part of the title for nothing.

50 minutes of TDKR's 165-minute running time are filmed in the standard-setting IMAX format, and they are magnificent and mesmerizing. The establishing shots of Gotham City are all filmed in the eyeball enthralling format, as are the spectacular and occasionally horrific action scenes. These large-format scenes are definitely worth an extra half-spot!

The story's numerous twists, revelations, and surprises. The film's screenwriters--Christopher Nolan and brother Jonathan Nolan--have given TDKR enough unexpected plot twists and jaw-dropping revelations to make the film's two hours and 45 minutes just breeze by. Such surprises make TDKR a thrill to watch even during its quieter, less action-oriented sequences. 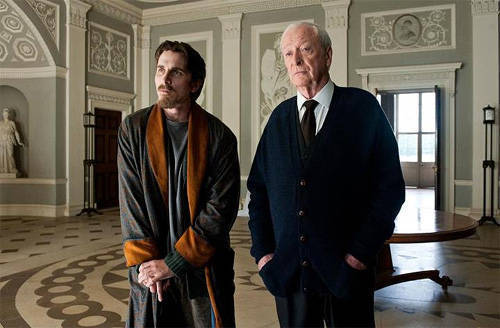 The absolutely convincing visual effects. The Amazing Spider-Man and The Avengers had computer-generated (CG) shots that weren't 100 percent convincing (the Lizard in the former, the Hulk in the latter). In TDKR, there's not one visual effects shot that's substandard. From the shots of the Batpod racing through Gotham's alleys to the shots of the stealth plane-like Bat doing aerial somersaults between Gotham's skyscrapers, everything looks completely real, like it was done the old-fashioned way without the aid of computers. The flawless work of the film's army of visual effects wizards is even more impressive in light of TDKR's IMAX exhibition, which would have made any shoddy CG shots even easier to spot.

Michael Caine's moving performance as Alfred. As the forever loyal, wisdom-spouting butler of Wayne Manor, Oscar winner Michael Caine has many of the best, most quotable lines in the film. These include a touching wish/dream for his Master Bruce and a moving apology near the end that brought this reviewer to tears. 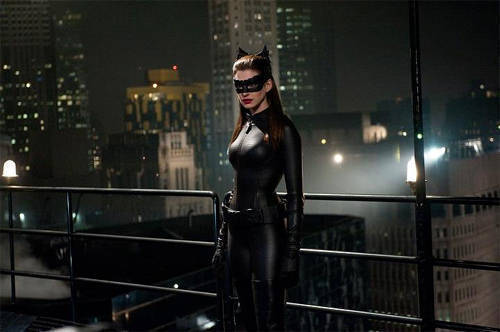 Tom Hardy, Joseph Gordon-Levitt, Marion Cotillard, et al. Nolan has once again assembled a top-notch cast to bring to stunning life another superb cinematic vision. The new cast members of TDKR are all wonderful in their respective roles, as are franchise veterans like Gary Oldman (Commissioner Gordon) and Morgan Freeman (Lucius Fox). Even the hundreds of extras are also good!

The simple but superb last shot. The final shot of last week's The Amazing Spider-Man was quite the visual effects stunner in 3D, showing the web-slinger propelling himself through a skyscraper crane and twisting and turning his lithe body above a glowing, moonlit New York. By contrast, the last few moments of TDKR are much simpler, and may not even have any visual effects trickery in them at all. It's simply a shot that closes Nolan's trilogy superbly, gives the film's title a new spin, and made me applaud in my seat.

The staging of the pit sequence. This one's impossible to discuss without spoiling a major plot point. Suffice to say that Nolan's usually reliable gift for camera placement appears to have deserted him in the most crucial shot of this scene.

The lapses in logic. Lapse #1: At the start of the film, we learn that Batman hasn't been seen in public for eight years, and neither has Bruce Wayne. In fact, the joke circulating at a party being held in Wayne Manor is that the billionaire looks like Howard Hughes, with long hair and uncut nails. Didn't it occur to Wayne that doing this would make everyone figure out that he was Batman? Lapse #2: After Bane and his army have taken over Gotham, how come it's so easy for one of the good guys whom Bane is after to re-enter the city without being seen? 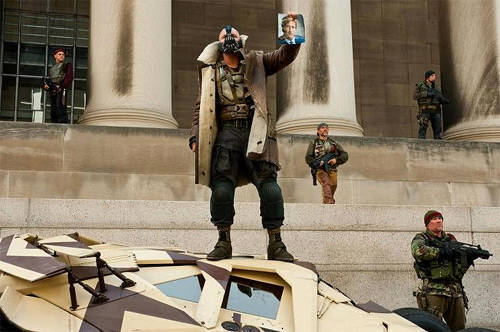 With The Dark Knight Rises, Christopher Nolan's Batman trilogy is now the Lord of the Rings of the superhero genre, a near-perfect (even the LOTR films had flaws) gem of an adventure that's as provocative as it is entertaining. Its stupendous production values, mesmerizing cast, ambitious scale, and insightful script make it easy to overlook its very few minor flaws.