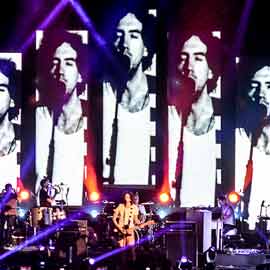 Highlights from a heart-tugging show

(SPOT.ph) Snow Patrol, the Irish/Scottish band behind emotion-laden songs like "Chasing Cars" and "Run," performed in Manila's Smart Araneta Coliseum on August 9, the third stop in their Asian tour. The band's simple but catchy tracks carried by throbbing guitar melodies and soul-stirring lyrics took centerstage in a show that, save for the dazzling stage lighting, was really all about the music. Our five favorite moments: 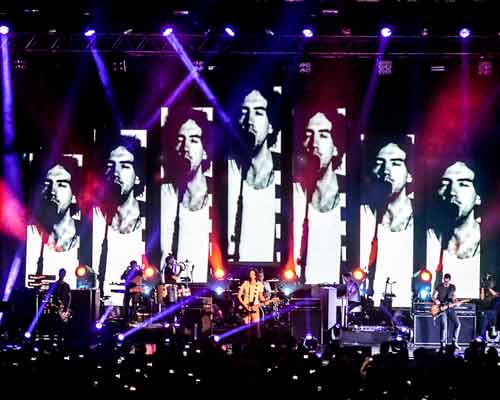 5. The stage design was nothing short of minimalist-behind the band's instruments were seven tall panels arranged to form an oblique triangle. We'd soon learn that the panels would play canvas to projections of vector graphics as well as live concert footage of the band and the audience. The show opened with the panels getting splashed with large letters that read: MANILA.

4. Acknowledging the devastating floods caused by relentless monsoon rains pouring on the city, lead singer Gary Lightbody praised the country for its "grace, kindness, and triumph of the human spirit." He added, "You're all an inspiration to the world," before launching into "This Isn't Everything You Are," a track from their latest album, Fallen Empires. 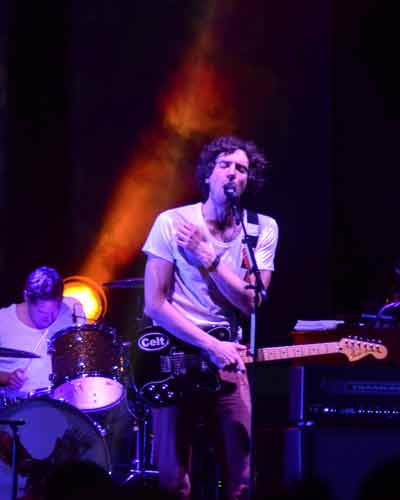 3. After staying in the middle of the stage through most of the show, Gary walked to the right side and stood near the corner as he sang "Just Say Yes" for the encore. Guess he didn't know that smoke was scheduled to spew from that side of the stage just then-he stepped away quickly, nearly missing a beat in the song as he laughed it off.

2. He didn't talk a lot during the concert, but when he did, Gary kept up a stream of good-natured banter with the audience. Right before singing "In The End," he asked if we'd be up to doing "just a little singing." [A beat of silence.] "No? Okay." Yes, we sang anyway. 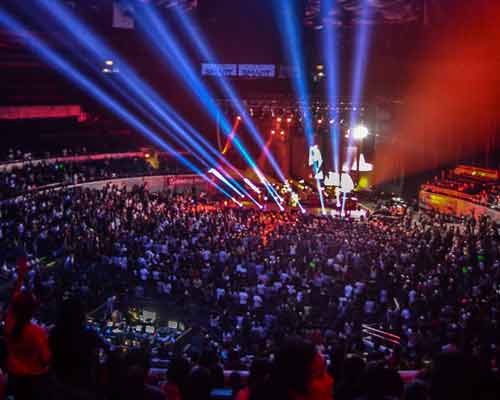 1. The band returned for an encore after an hour and a half of nonstop performing. To an audience already smitten, Gary said, "We'd like to extend our deepest sympathies as a healing gesture at this time to those who have lost their homes, and indeed, their lives...and family members that are stricken at the moment. This song is about home-my family, and my home, and I can't think what it would be like if it was taken from me. And I'd like to offer this song to you all out of respect for your grace and your humanity, and for having us. Thank you all. We'll never forget this." The song was "Life-ning."

Concerts Snowpatrol Music
Your Guide to Thriving in This Strange New World
Staying
In? What to watch, what to eat, and where to shop from home
OR
Heading
Out? What you need to know to stay safe when heading out