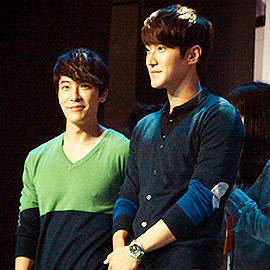 Missed out on the fanmeet? Here’s what happened!

(SPOT.ph) The fans began to line up in Trinoma as early as 7am, yesterday, eager to at least get a glimpse of their favorite Korean idols. Siwon Choi and Lee Donghae of Super Junior landed in Manila yesterday morning, and all the ELFs (the official name of Super Junior’s dans) and closet fans converged at the Trinoma Activity Center for the much awaited fanmeet. The fangirl squeals alone were deafening, and the event hadn’t even started! With the boys already heading back home to Korea after shooting commercials and print ads for Bench, we have to say that we miss them already. Here are our favorite moments from the Super Junior fanmeet for Bench. 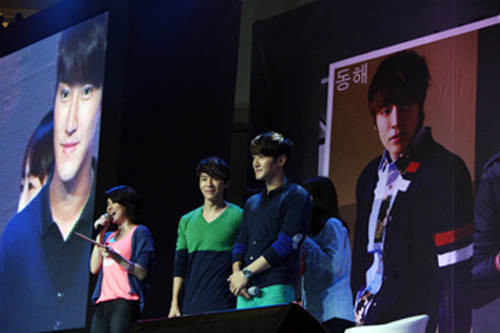 1. Jinri Park hosted the event that had more than two thousand people present. She served the double role of host and translator, relaying to the crowd what the boys were saying. Not that the crowd seemed to mind! When they first introduced themselves, Donghae yelled to the crowd, "What’s my name?" Fans couldn’t contain themselves as they yelled back, "DONG-HAE!" 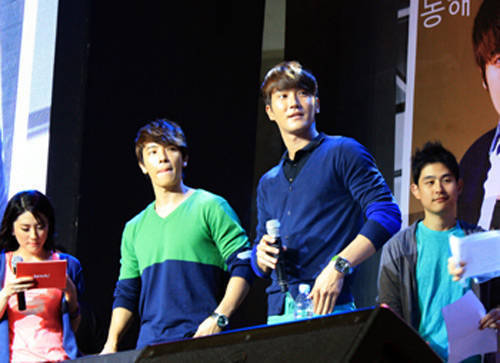 2. When asked which places the boys wished to visit in the Philippines, Siwon was quick to answer with "Cebu! I want to take the other members there." Donghae, however shared to the crowd how he wished he could take everyone on a trip to Boracay, jokingly asking Ben Chan, the CEO of Bench, if he was willing to sponsor the trip. His answer? A huge thumbs up! 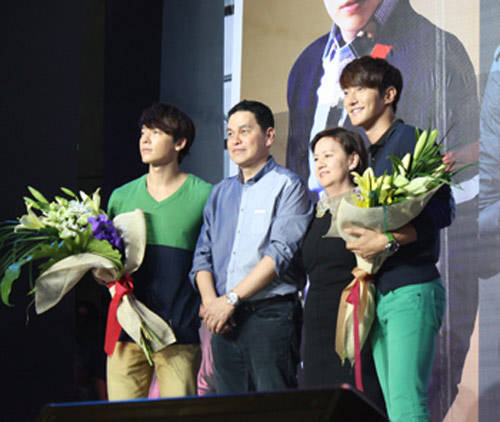 3. Both K-idols were deeply honored to be chosen as Bench’s endorsers on their 25th year. When asked what he can never leave home without, Donghae shyly answered that he "always takes the love of the ELFs with him wherever he goes," causing the crowd of fans to go crazy. Our heart went dugeun-dugeun at that too! 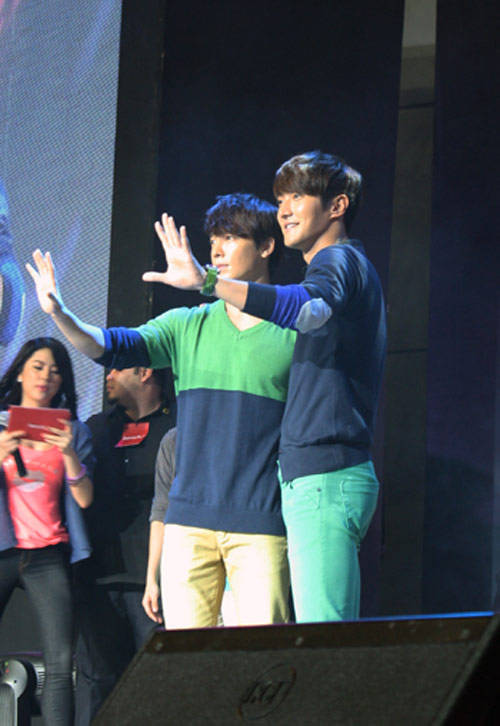 4. Siwon shared with the crowd that he’s been to the Philippines three times, the other two times with his fellow Super Junior members. This then prompted the crowd to chant "SS 5!" as a way to ask if the boys will be performing in Manila soon. "What are you saying?" Siwon asked jokingly, placing a hand to his ear. "Super Show 5? Maybe next year!" Donghae said with a secretive smile. 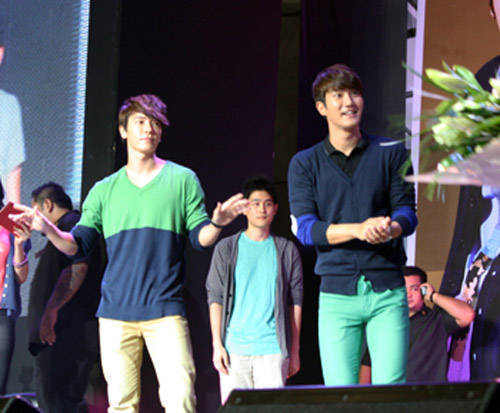 5. The boys showed the crowd their skills in Tagalog. With all the confidence in the world, Siwon waved enthusiastically and yelled out, "Philippine maganda!" in a perfectly adorable accent. Not to be outdone, Donghae said to the crowd, "mahal ko kayo lahat." Before the end of the question and answer portion of the event, Donghae reminded his fans not to cheat and "don’t look at any other boyband!"

6. Siwon was the perfect gentleman at the Bench event. When a young girl approached to have a poster signed, the man bent down to lovingly kiss her forehead. He also helped a fan in crutches come up stage when it was time for them to take the group picture. When it was time for the boys to exit the stage, he yelled up to the crowd that he’s "always praying for you guys! God loves you, and I love you too!" 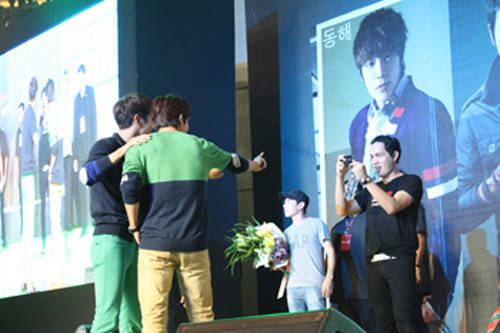 7. Just when we thought the boys had gone off stage, Donghae surprised everyone by running back out to the stage and waving to the fans! He then took a photo of the crowds with his camera. Siwon joined him for a photo with the crowds as their backdrop (which he later tweeted), waving goodbye to their fans one last time before they disappeared backstage.

Super Junior Sihae Siwon Donghae Bench
Your Guide to Thriving in This Strange New World
Staying
In? What to watch, what to eat, and where to shop from home
OR
Heading
Out? What you need to know to stay safe when heading out