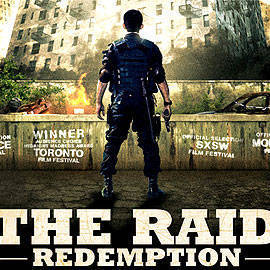 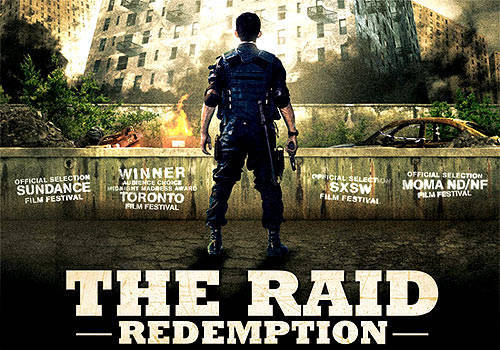 Rotten Tomatoes gave it an 84% rating.

(SPOT.PH) The story is simple: Rama (Iko Uwais) is part of the elite SWAT team assigned to capture the ruthless crime lord Tama (Ray Sahetaphy). Holed up in a 30-storey tenement building somewhere in Indonesia, Tama is protected by a gaggle of fierce goons. But when one of the good guys tips Tama about the raid, the apartment block is quickly engulfed in a hail of bullets, the body count piling up on both sides. The odds stacked against him and his fellow cops, Rama wonders if he'll live to see his pregnant wife again.

Its awards and reputation! The Raid: Redemption won the People's Choice Award for Best Midnight Madness Movie at the 2011 Toronto Film Festival, and was an official selection at the 2012 Sundance Film Festival. Its 84% rating on Rotten Tomatoes ties it with The Hunger Games, and places it within breathing distance of The Dark Knight Rises' 87% rating. The Raid reportedly cost "only" $1 million to produce, and eventually  grossed more than $4 million when the English-dubbed version (the same one now playing only in SM cinemas) was released in the USA earlier this year.

The Raid looks very Pinoy! Lead actor Iko Uwais looks like James Yap, while another pivotal character looks like Manny Pacquiao. The crumbling apartment block where 99% of the film takes place could very well be the architectural sibling of the building  Filipino filmmaker Yam Laranas used in his 2005 horror flick Sigaw (which Laranas himself remade for Hollywood as The Echo). 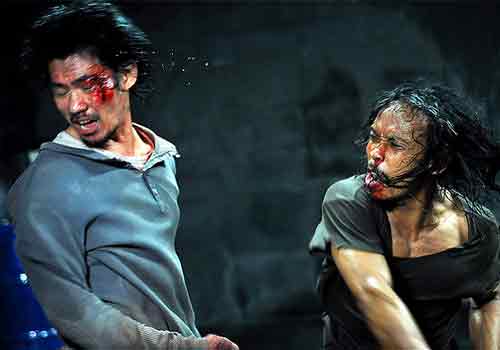 Don’t blink or you might think you’re watching a Filipino flick.

The inventive fight scenes and stunts! Welsh-born writer/director Gareth Evans sure knows how to stage arresting action sequences using such everyday objects as a refrigerator, a fluorescent bulb, and a bolo in ways no other action filmmaker has thought of before. Similarly riveting are the mano-a-mano fight scenes, which employ the Indonesian martial art of pencak silat in superbly cinematic ways. There's also a backbreaking stunt in The Raid that makes what Bane did to Batman in The Dark Knight Rises look like child's play. The Steven Spielberg fan in me was also thrilled by Evans' audiovisual homages to Spielberg's Minority Report and Saving Private Ryan.

The cuts. In the USA, The Raid got an R rating, meaning only adults 18 years and older could see it. Locally, the movie's R-16 rating from the MTRCB allows viewers 16 years and older to watch it in theaters unaccompanied by adults. Alas, that "friendlier" rating was given to the film only after the local distributor allowed the excision of quite a few intensely bloody and violent shots. These cuts, coupled with the fact that The Raid: Redemption was hardly promoted here, were probably the reasons why there were only about a dozen of us watching the early evening screening at SM North Edsa on opening day. With the uncut version of The Raid so easy to download, who's going to pay P175 to see it in a theater?

The dubbing. I've had the pleasure of meeting a few Indonesians over the years, and none of them spoke English with Indian accents. Why oh why then are some of the characters in The Raid dubbed with voices speaking Indian-accented English?

Electrifying and inventive, The Raid: Redemption is action-packed proof that not even a small production budget can stop a truly talented filmmaker from putting his  singular vision onscreen. Sadly, though, that uniquely daring vision has been compromised locally thanks to distributor-sanctioned cuts.