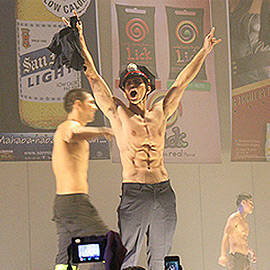 Cosmo Bachelor Bash: Through the Eyes of a Bash Virgin

SPOT.ph sends its freshest, youngest correspondent to the month’s most raucous party.

(SPOT.ph) As the the Bash is often wont to do, last night’s party was nothing short of a shock, especially to SPOT.ph’s brand-new editorial assistant, who had never gone to one before. From the immense crowd of women and beckies, to seeing and photographing celebrities like Divine Lee-complete with a photo bomber-to the multitude of men, and finally, seeing Daniel Matsunaga take off his pants...it was a magical night to pop that Bash cherry. Get a load (pardon the pun) of her blow-by-blow: 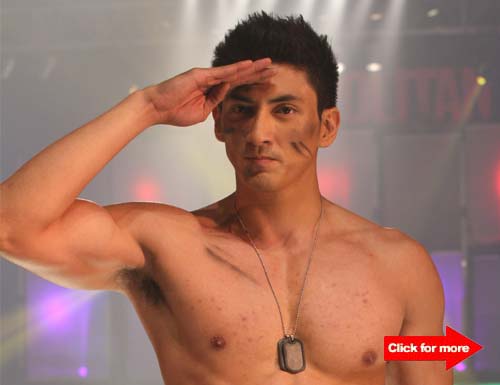 Wanna stop reading and go straight to the eye candy? Click for more.

I was surprised at the number of women and men in attendance. Crowds of well-dressed people were squeezing into the entrances of the World Trade Center. Girls were in short dresses and high heels, men in skinny jeans and vests with slicked back hair. Looking at the girls, I wondered how they managed in those heels-especially while fighting tooth and nail for a good spot! 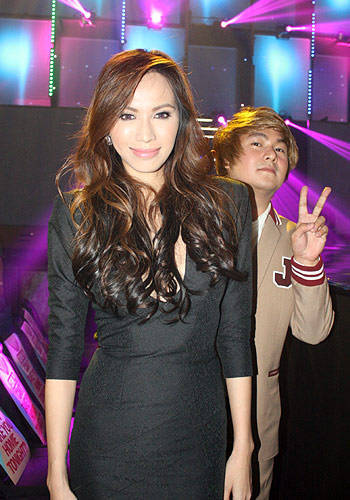 Before the show started, SPOT.ph got a chance to take a photo of Divine Lee. At this point, I was feeling a little embarrassed of being in flats and a regular shirt. But Divine made us feel better. ’It’s cute!’ she said of our shirt. Flattered, I snapped a photo of her, only to find out later that someone had decided to join in. 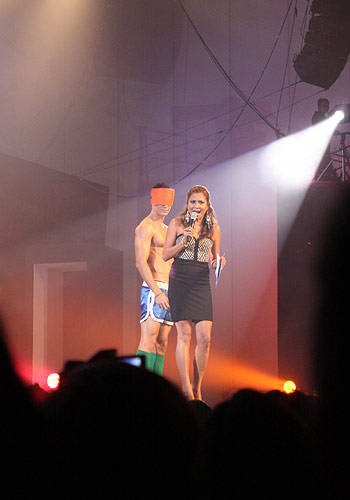 Soon enough, the lights dimmed and the bash began. Menchu Antigua hosted and began with the Cosmo Bachelor Check List. Our first gasp of the night. The pecs! The abs! And yes, she caressed them like it was nobody’s business! 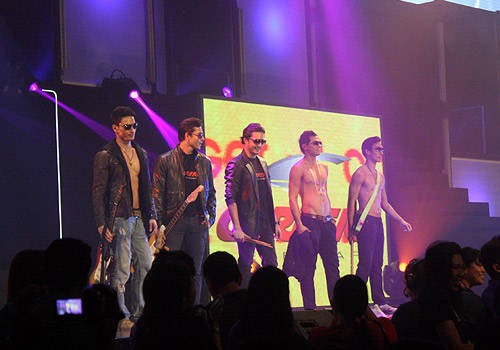 The first bachelors to grace the stage were the men from Carrera. Fun fact: One of the bachelors happened to be an aquaintance from school! 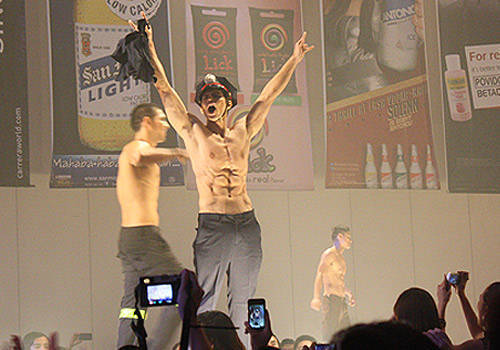 It was raining abs. Add that to a high-octane attitude and audiences are sure to get squealing. Plus, he was dressed like a police man! Imagine if our local MMDA enforcers looked like this. 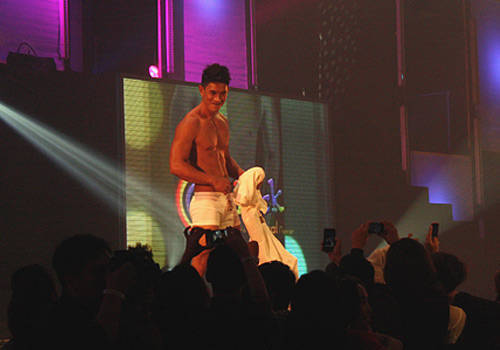 Things got steamy when the bachelors of Lick condoms came out in robes, tossing condoms in the air. The anti-RH bill groups would have had a hissy fit. 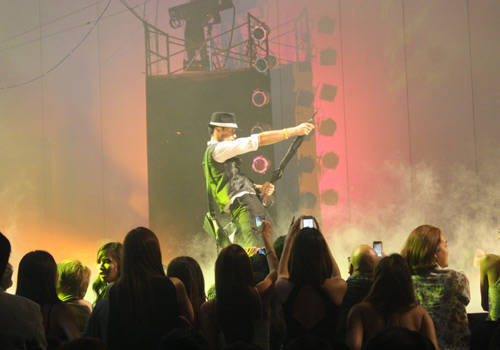 There was no way there wasn’t going to be a Magic Mike scene in this show somewhere!  So the men were dancing with their umbrellas, and I was still amused until... 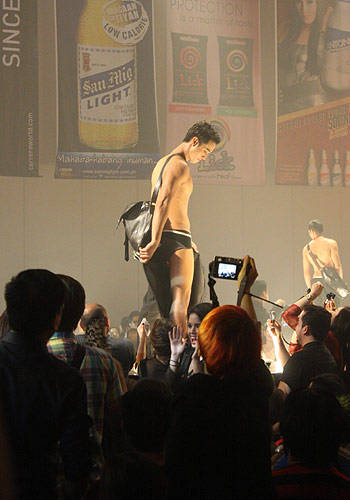 The  girls in the front row started  ripping his clothes off for him! Should we feel sorry for this guy? Should we congratulate him for a job well done? 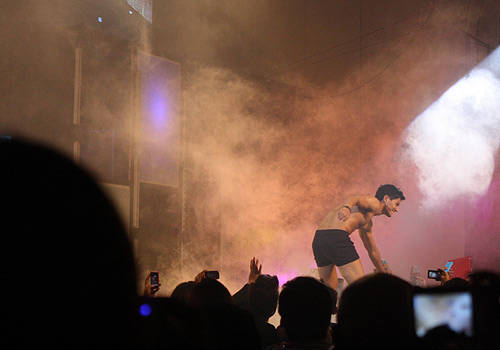 Yes, that is Daniel Matsunaga’s behind. This guy is mega likeable. His smile is incredibly heart-melting. Fact: We never really got around to imagining him sans a shirt. Until last night, when they showed his suggestively steamy video during the show.

He emerged and the crowd erupted in cheers. Everyone stood up on their seats, and Daniel stood exactly where I had a great view of him taking off his clothes. Wow. I’ll say it again. Wow.

Click here for our gallery of photos from the Bash.