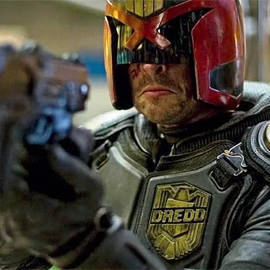 It’s miles away from the Sylvester Stallone version, but is it any good? 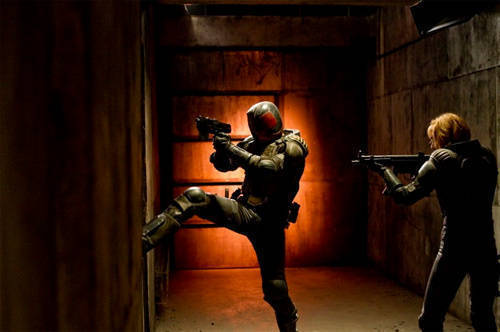 Karl Urban takes over for Sylvester Stallone in this version of Dredd.

(SPOT.ph) In the near future, the area of the USA that spans Boston to Washington D.C. has been renamed Mega City One, its chaotic slums "home" to 800 million people. Law and order in this dystopian metropolis are maintained by "Judges", each of whom are actually judge, jury, and instant executioner rolled into one. The most feared among these is Judge Dredd (Karl Urban), who's called to investigate a triple homicide as he's evaluating an aspiring judge with psychic powers named Cassandra Anderson (Olivia Thirlby). Arriving at the 200-storey skyscraper where the murders occurred, Dredd and Anderson realize that they've also stumbled onto the nerve center of the "Slow-Mo" drug epidemic ravaging the city. But the brains behind Slow-Mo-ruthless drug lord Ma-Ma (Lena Headey)-locks down the building and orders its inhabitants and her lackeys to kill Dredd and Anderson.

The stylized, slow-motion shots. The "Slow-Mo" drug which figures heavily in the film's plot is so-called because it gives its user the impression that time is unfolding at 1% its normal speed. It's an imaginative touch that gives the filmmakers the perfect excuse to slow down the action scenes to almost freeze-frame speed, a la Matrix and 300. And so, every shard of broken glass and every drop of blood that explodes onscreen during the grissly fight scenes floats in the air long enough for viewers to absorb the perversely poetic beauty of the mayhem, which is made all the more sensational in 3-D screenings. Some of these slow-mo shots are even accompanied by ethereal, new age music, which make Dredd quite the potent audiovisual experience.

The Die Hard formula. When a movie's events are confined to a limited, enclosed space, the movie itself gets adrenalized with a whole new level of tension and suspense. And just as Bruce Willis had to face off against villains in a shiny skyscraper in Die Hard, so must Dredd and Anderson try to outwit and outlast all the inhabitants of the 200-storey skyscraper slum ruled by Ma-Ma in Dredd, where the bulk of the movie's action takes place. Those who saw The Raid: Redemption a couple of weeks ago will also get jolts of déjà vu by the "Die Hard-ness" of it all, but Dredd quickly proves that it's a gritty sci-fi shoot-em-up that offers claustrophobic thrills and chills all its own. 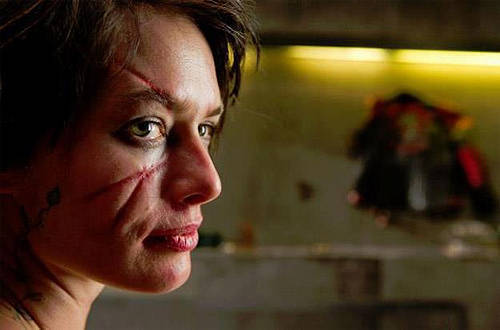 The prostitute-turned-drug dealer villainess. One of the many surprises Dredd has up its sleeve is its badass bad girl Ma-Ma (pronounced "momma"). From her slow-motion introduction in a bathtub whose suds glisten like jewels around her, to her graceful, slow-motion appearance before the final fade out, the beautiful but scarred Ma-Ma makes quite a haunting impression.

The psychic visions. The 'Slow-Mo' drug isn't the only plot device which gives the filmmakers license to give certain shots and sequences a hallucinogenic twist. The psychic flashes of Cassandra Anderson, played engagingly by actress Olivia Thirlby, are savagely unsettling as well, giving viewers crimson snapshots of rape and torture in blessedly brief doses that widen the film's already sumptuous visual palette.

The cuts. Dredd is rated R (for adults only) in the USA and R-16 (for viewers 16 years and older) in the Philippines WITH CUTS. This means that scenes that were especially graphic and violent were excised from the film, never to be seen by moviegoers in Philippine theaters. Between Anderson's psychic visions and the assault on the good guys that is the film's sensational setpiece, I counted at least three cuts. Would you still be willing to pay P300 for a ticket to a 3D screening knowing that you're not getting the entire picture? That you're paying for a jigsaw puzzle with some of the pieces missing? 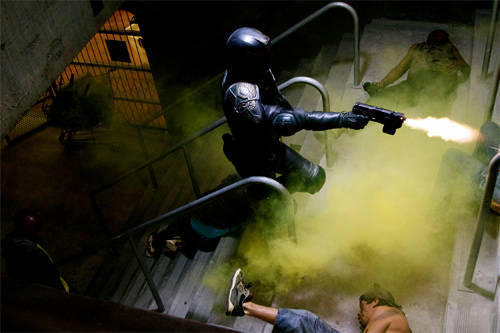 With its subject matter, Dredd is rating R-16 in the Philippines.

Dredd is a surprisingly good, superbly visualized 3D sci-fi action flick woven from the DNA of films like Die Hard, Minority Report, Matrix and 300. But the cuts which the distributor agreed to for an R-16 rating from the MTRCB are just Dredd-ful. Couldn't they have shown two versions of the film here (R-18 and R-16), similar to what Star Cinema was allowed to do with The Healing?