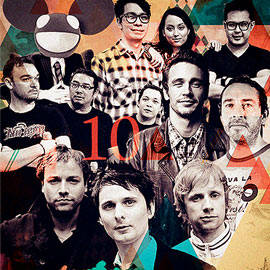 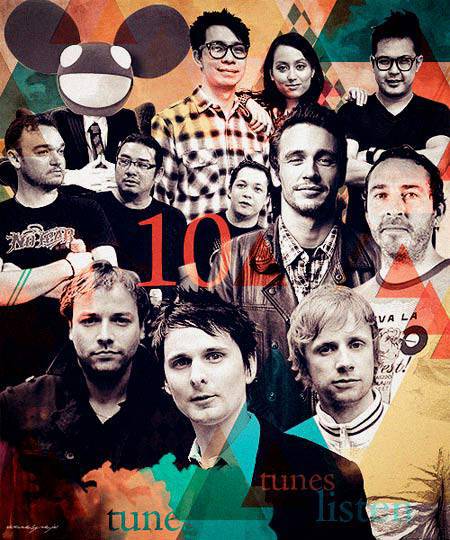 English rock band Muse’s lead single from their new album, The 2nd Law, is a satisfying blend of rock and electronica. The pulsating bass serves as the hypnotic and space rock-sounding background for frontman Matthew Bellamy’s mad vocals.

Fun fact: Ang Bagong Dugo sa Lumang Ugat will be released in three parts to symbolize the telling of the country's story through three generations.

Song: "Love in the Old Days"

James Franco and musician Tim O’Keefe, under the collaborative name Daddy, are out with their first EP titled MotorCity featuring the Motown-inspired single "Love in the Old Days." Hear Franco’s spoken-word lyrics and soothing baritone that conjure up romantic images from the ’60s.

Fun fact: The music video, directed by Franco, shows his parents’ wedding photos towards the end.

Los Angeles indie act The Neighbourhood is set to wow music lovers with their sophisticated brand of music that digs deep into human emotion. "Female Robbery," off their Im Sorry... EP, is a dark, cathartic, and addictive track worth putting on loop.

Fun fact: The Neighbourhood was listed by Complex.com earlier this year as one of the new bands to watch for in 2012. 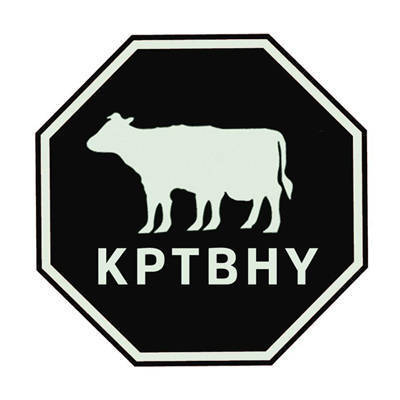 Listen to them on soundcloud.com by clicking the photo above.

"Baroto," which means boat, is an unassuming tune that deserves raves for its beautifully simple melodies and poetic lyrics. The delicate-sounding composition has such a calming effect that's perfect for rainy evenings and cool mornings.

Fun fact: "Professional Griefers" also has an instrumental version, which Deadmau5 dished out at Lollapalooza 2011.

Techy Romantics’ "Quicksand," off their latest album titled Escape, is a chill ditty that will transport you to a utopian electro universe. You’ll love vocalist Camyl Besinga’s cool crooning against a relaxed mix of beats and synths.

Fun fact: Techy Romantics will be opening for Foster the People on October 6 at the Araneta Coliseum.

"Try" is an emotionally packed, mid-tempo single with one powerful chorus. P!nk gives her usual rebellious tone a rest and puts on a more vulnerable persona.

Alternative-rock band Callalily’s latest hit is a heartfelt ditty led by vocalist Kean Cipriano, who belts out lyrics that are all about gratefulness.  Enjoy the merger of guitars and percussion in this crowd pleaser.