A Secret Affair's Anne Curtis, Derek Ramsay, and Andi Eigenmann on infidelity and second chances
Loading
Already a member? Log in
No account yet? Create Account
Spot.ph is your one-stop urban lifestyle guide to the best of Manila. 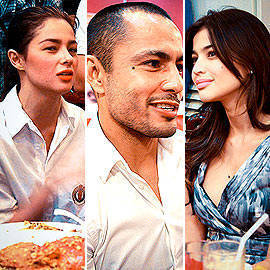 The cast and crew talk about cheating, the popularity of adultery flicks, and Andi Eigenmann’s <em>sampal</em>.

(SPOT.ph) Going by the box office tallies of The Mistress and No Other Woman, it might be safe to say that A Secret Affair will also be a massive hit. Not only is it the latest in a string of infidelity flicks, it proudly wears its progenitors on its sleeve. The trailer voice-over proudly proclaims, "From the producer and stars of the box-office hit No Other Woman" (not 100% true; Cristine Reyes was swapped out for Andi Eigenmann). It even continues the aforementioned movie’s proud tradition of panalo one-liners. The current staff favorite? Jackie Lou Blanco’s "I faked every orgasm," viewable in the uncut version of the trailer below.

On the sudden popularity of adultery movies

On their movie roles

Anne Curtis: I really, really love Andi’s role here! I wanted to do her role! But in a way it was challenging for me to play the other character, because I’m so used to playing a gray character. To do something more tame was so hard for me to control! Certain nuances, just the simple flick of an eyebrow, changes your character altogether. But I enjoyed playing the goodie-goodie. Filming the ending was very hard for me, in a sense that you know you want to cry already, but Direk wanted it to be almost controlled. Siyempre you want to cry pero bawal magpatulo!

Derek Ramsay: The big difference between this movie and No Other Woman is that here I’m a bachelor. I’m not tied down. In No Other Woman I started off happily married, very much in love. Here, I start off [as a] playboy, one-night-stands here and there...let’s call it casual sex. But he wants to say goodbye to that life, he wants to be tied down and be married, but the mistake he makes is that love is not enough. Men f*** up all the time.

Andi Eigenmann: It was hard and it was challenging, but that was part of the reason I accepted this role. Gusto kong mababad sa mga tao na makatulong para mas gumaling ako at sa project na mate-test ang perseverance atsaka hard work. It’s really out of the box for me because I’ve never done anything closely like this.

On the movie’s sexy scenes

Director Nuel Naval: In the film, I showed two kinds of love scenes. Anne and Derek’s love scenes were very romantic, very sensual, full of love and passion. Yung isang kind naman is wild and raw. Yun yung kay Andi and Derek. They do it anywhere.

Derek Ramsay: That other kind wasn’t a love scene. Like I said, it was a (whispers into the recorder) f***! 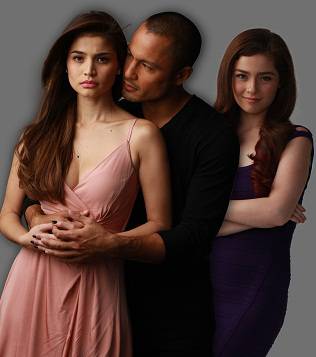 Derek Ramsay: Physical infidelity, emotional infidelity, magka-level lang iyan e. I think that if you make the decision of cheating on your special someone, not physically, but in here (points to the head), the relationship’s gonna die anyway. Pumasok lang yan dun, mas masakit nga yun. Physical could be a mistake, but once it’s here (points to head again), at mas lalo na dito (points to heart), then it’s over.

Andi Eigenmann: Of course, iisipin ng mga tao na "Awww, ang sama naman [ng character ni] Derek!" kasi he cheated and stuff like that. Pero they can justify it differently also. Each person does a certain thing for a reason and it’s not because they’re trying to hurt other people. If I were in [the situation of Anne’s character], mas ma-a-understand ko siya.

Derek Ramsay: Oh, yeah. Andi doesn’t fake it. Sampal talaga kung sampal! I have a picture of her hand on my face after...siguro naka-tatlong sampal na siya nun. And then I text our Assistant Director: "Are you guys sure you want to shoot me today? Because I have this big red mark on my face." And then uminit, nag-rash pa yung buong cheek!

On snappy dialogue and creating Jaclyn Jose’s one liners