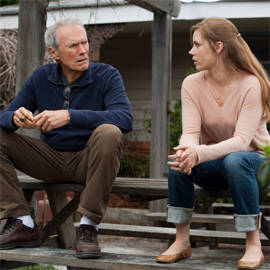 MOVIE REVIEW: Trouble With The Curve 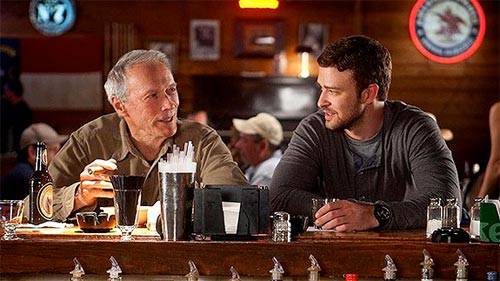 It’s Clint Eastwood’s first film as an actor and not actor-director since 1993.

(SPOT.ph) On the verge of his retirement as a baseball scout for the Atlanta Braves, grumpy Gus (Clint Eastwood) is told that his eyesight is failing. He gets this alarming news just as he's about to observe a high school hitter in North Carolina who's getting lots of buzz. Worried about Gus, estranged workaholic daughter Mickey (Amy Adams) joins her dad in what could well be his last scouting assignment, jeopardizing her promotion as partner in the law firm she works for. Further complicating the trip is the presence of Johnny (Justin Timberlake), an ambitious rival scout who was once scouted by Gus and who's now attracted to Mickey.

The film's relaxed, old-school charm. Last year's Oscar-nominated Moneyball was also a baseball film. Inspired by true events, it showed how computer-crunched statistics could help sports scouts assemble a winning baseball team. In arguing that human observation and decades of experience are still the best tools for spotting future sports superstars, Trouble With The Curve can be seen as the anti-Moneyball. And so, everything about this Clint Eastwood-starrer is an ode to old school, from the pre-MTV pace of the editing down to the use of charming, middle America locations that have  remained unchanged in many decades. What this means is that there's not one  skyscraper or Starbucks in sight in Trouble's North Carolina sequences. Instead, viewers are immersed in scenic, postcard pretty highways lined with magnificent trees, and a lake that invites young lovers to swim in its waters under the moonlight. And the bar where Gus unwinds between baseball games entertains its customers not with pole dancers, but with billiard tables and the warm ambience of a log cabin. Its cast notwithstanding, Trouble With The Curve looks and feels like a movie that was made in a much more innocent era, before computers changed not just America's favorite pastime, but the complexion of its movies as well. 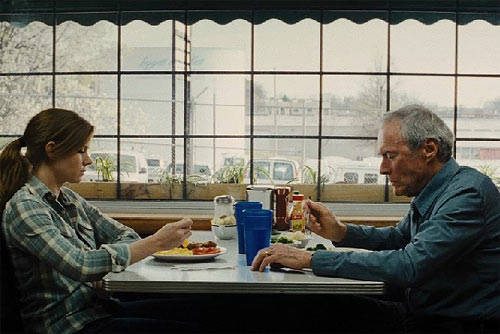 The tantalizing, "sort-of" preview of Amy Adams as Lois Lane. As Clint Eastwood's smart and feisty daughter Mickey, Adams provides what is essentially the only multi-faceted performance in Trouble With The Curve. At the male-dominated law firm where Mickey works, Adams gives the character the steely strength of a woman who must exert more effort to be taken seriously. By contrast, the persona she inhabits in her scenes with Eastwood's Gus is that of a neglected, wounded little girl pining for the love of a father who's been pushing her away since her mom's death. Adams' nuanced portrayal of Mickey as a woman whose confident exterior masks as a fragile vulnerability is a tantalizing clue as to how she'll flesh out the Daily Planet's star reporter in next year's Superman reboot, Man of Steel.

The one-dimensional characters and formulaic script. With the exception of Amy Adams' Mickey, every character in Trouble can be summed up in a short phrase or two. John Goodman is Gus' loyal and faithful friend. Matthew Lillard is a schemer who has no respect for the elderly. The player whom many scouts are interested in is an arrogant prick. Even Gus, the grumpy old man Eastwood portrays, is simply a less interesting variant of the tough war veteran the actor portrayed in the superior Gran Torino.  The screenplay tries to keep us interested in Gus by giving him a deep dark secret, namely, his reason for repeatedly sending Mickey away after his wife died. But when he finally comes clean about it, you're liable to scratch your head and ask yourself, "Is that it?" This revelation is actually the only surprise in what is a mostly formulaic storyline. Indeed, the bigger surprise is that Eastwood agreed to play Gus to begin with, considering its uninspired handling of Gus' character. To underscore what an anachronism he is, for instance, the script has him refer to the Internet as the "interweb" and has him mispronounce "feng shui." Given its stock characters and simplistic, made-for-TV plotting, there's hardly anything in Trouble With The Curve's story that's enthralling. 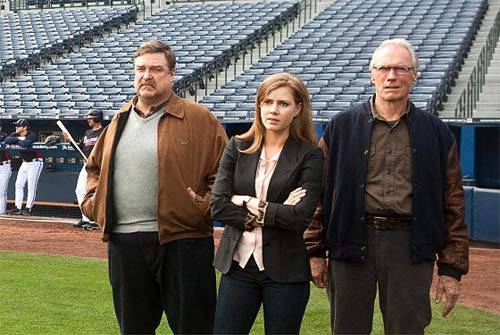 The distracting continuity errors. Given that the director of this film, Robert Lorenz, and Clint Eastwood (on board not just as an actor but as a producer as well) have been making movies for decades, it's unforgivable that Trouble With The Curve should have glaring continuity errors that are easily detectable upon first viewing. One example is an early North Carolina scene, where the size of the shadow cast by Gus' baseball cap on his face alternates between half and full whenever the camera changes angles. It's a lapse which effectively prevents viewers from being caught up in the scene and reminds them that they're just watching a movie.

Amy Adams' layered performance and the film's gentle, old-fashioned vibe help this baseball drama get to second base, but one-dimensional characters and a predictable plot prevent it from hitting a homerun.