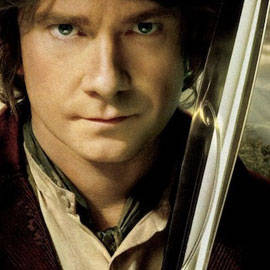 The Hobbit: Hard Hobbits to Break

Does SPOT.ph blogger Paul Daza feel that the first <em>Hobbit</em> movie is as "precious" as <em>The Lord of the Rings</em>?

(SPOT.ph) Set 60 years prior to the events chronicled in The Lord of the Rings: The Fellowship of the Ring, The Hobbit: An Unexpected Journey shows how the solitary, peace-loving Bilbo Baggins (Martin Freeman) was "persuaded" by Gandalf (Ian McKellen) to join a team of 13 dwarves on a quest to reclaim their stolen treasure from a fearsome dragon. To succeed on their perilous journey, the company must survive attacks from orcs, trolls, and goblins, not to mention a new evil that's gathering strength in the forests of Middle Earth.

Watch the trailer for The Hobbit: An Unexpected Journey here

The magnificent action sequences. Though many of the setpieces in An Unexpected Journey echo those from the LOTR trilogy, there's enough creativity and visual panache here to make it all glow like new. The marvelous prologue of The Hobbit, for instance, has all the grandeur and dark beauty of The Fellowship of the Ring's prologue. What's new here, though, are fleeting glimpses of the gold-hungry dragon, Smaug, and the dazzling sight of the chamber where the dwarves' treasure is stored. Also thrilling to behold is a chase scene in the goblins' underground lair-not unlike the bridge of Khazad-dum sequence from Fellowship of the Ring-where the choreography involving a rickety bridge, a ladder, and a bunch of goblins swinging on ropes above a chasm is utilized to stunning effect. 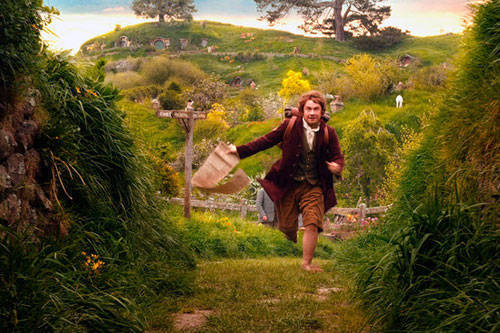 Bilbo Baggins (Martin Freeman), uncle of The Lord of the Rings’ Frodo Baggins (Elijah Wood),
goes off on an adventure

The colorful new characters and creatures. The nature-loving Radagast, a pair of towering stone giants, a team of reindeer-sized rabbits, and a troika of gullible trolls...these are just some of the never-before-glimpsed residents of Middle-Earth who spice up Bilbo's unexpected journey, and go a long way in making the lengthy movie feel shorter than it is.

The astonishing visualization of Middle Earth. To see The Hobbit: An Unexpected Journey in IMAX 3D is to be immersed in a beguilingly beautiful world that's both lush and arid, nightmarish and resplendent. The Hobbit ranks right up there with James Cameron's Avatar as a film that showcases everything that's good about the IMAX-3D combo. If you're bored by the talk-heavy scenes (see minuses) you can just let your eyes scan the IMAX screen and marvel at the perfection of the film's vibrant visuals. 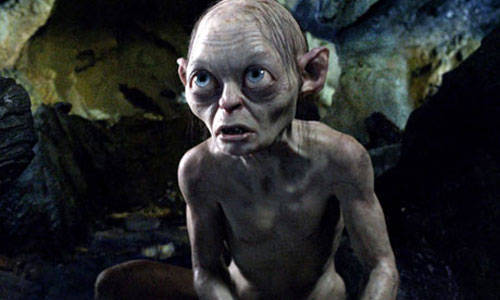 The talky, padded scenes. Considering how much screen time is given to the rowdy dinner at Bilbo's home where he meets the dwarves, it's puzzling how little we end up discovering about the dwarves themselves in the 10-minute sequence. It might have been better to devote some of this time to show Bilbo agonizing over whether or not he should go on his very first adventure, but the film doesn't bother to give this vital story point enough screen time. As a result, Bilbo's decision to join the quest feels like it was made on a whim. 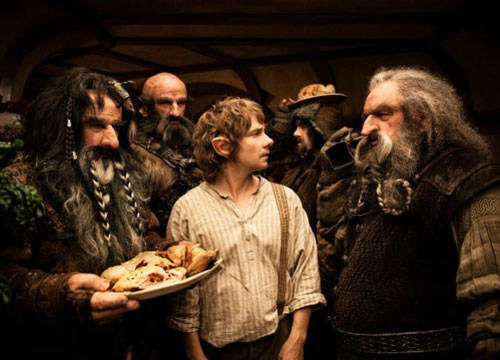 Other talky scenes that could have been deleted or trimmed are the sequences in Rivendell where Elrond (Hugo Weaving), Saruman (Christopher Lee), and Galadriel (Cate Blanchett) are discussing the dwarves' quest. Though convincingly portrayed by the actors, the scenes themselves don't tell us anything we don't already know. Indeed, the only entertaining bit to come out of these chatty Rivendell scenes is an insult directed at Bilbo's weapon that's delivered by a white-haired dwarf.

And speaking of talk, it's also jarring to see the trolls that were so menacing and frightening in the LOTR trilogy suddenly speak English in the campfire scene. It’s true to the book, but if you’re coming from the films, it’s quite a disconnect.

The indistinguishable dwarves. With a running time of 85 minutes, Disney's animated classic Snow White and the Seven Dwarfs was able to give each of its dwarves a memorable, distinct personality. At twice the length of Snow White, The Hobbit's 169 minutes are far less successful at providing viewers with enough information to separate one dwarf from the other. The only dwarf who stands out as a fully-developed character is Thorin (Richard Armitage), the proud leader of the troop whose hatred for the Elves is surpassed only by his desire to retrieve the wealth and land of his people.

IN BRIEF: Though it's a dazzling, technically perfect visual feast (especially when viewed in IMAX 3D), The Hobbit: An Unexpected Journey isn't as solidly satisfying as director Peter Jackson's earlier foray into Middle Earth. Bogged down by a bloated narrative, the film is a mixed bag of pleasures and pitfalls that shows what happens when a simple children's story is transformed into an epic of near-biblical proportions.

Note: The reviewer hasn't seen the contentious High Frame Rate (HFR/48 frames per second) release of the film as of this writing.