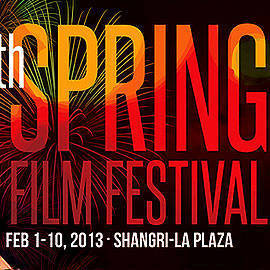 Your Guide to the 7th Spring Film Festival

(SPOT.ph) Keep your afternoons clear from February 1 to 10-the seventh run of the Spring Film Festival is here. The Shang Cineplex is once again giving a free screening of a diverse collection of films, aiming to give a broader view of Chinese society and culture.

We’ve rounded up this year’s line-up to help you schedule a viewing, whether it’s of a tragic tearjerking story or a cackles-of-the-heart-warming tale of personal triumph.

What’s It About: Breasts and, unfortunately, cancer. Based on Xi Xi’s novel Mourning for Breasts, 2 Become 1 is the story of a series of events that lead Bingo Leung, an advertising executive, to discover that she has breast cancer and the turns that her life took after.

Why You Should Watch It: The title is subtle but clever and it rewrites the innuendo put forth by the classic Spice Girls song. The original poster of the film, presenting a woman’s torso as a jigsaw puzzle with the piece for one of her breasts missing, is a gentle preview of the wit within the film and the care they took in addressing a rather grim topic with an upbeat tone.

Piano in a Factory

What’s It About: Years after Chen Guilin’s wife leaves him for a rich business man, she demands a divorce and is now fighting for the sole custody of their daughter. When asked whom she would go to, the daughter sets a condition that she will go with whomever can give her a piano. After exhausting all efforts to make enough money, he decides to build a piano instead.

Why should you watch it: Watching a film where the woman is doing what is typically a male crime is good for breaking gender roles. Watching a father treat his daughter like a princess is nothing short of awesome too.

What’s It About: An indirect sequel to the 1998 film The Storm Riders, Wind and Cloud return to participate in an another epic battle of good and evil. This time, they are fighting to stop the plans of one Lord Godless to conquer China. Epic movie, epic name.

Why should you watch it: If you’re a fan of the work of the Pang Brothers, then this is a done deal. Fans of fantasy and visual effects spectaculars are also in for a treat.

What’s It About: Joan Chen and Zhang Ziyi play out the lives of grandmother, mother, and daughter. A thread of mistakes bind them and each generation struggles to break free from the past.

Why should you watch it: The film is a showcase of the talent of the lead actresses, portraying several generations of women. It’s also a good film to have a good cry about, watching people follow a familar pattern of tragedy and a tiny sliver of hope that they break free from it. It will pull tears out of your eyes drop by drop by drop. The director, Hou Yong, has a longer list of cinematographer credits and thus the movie is also a visual treat. 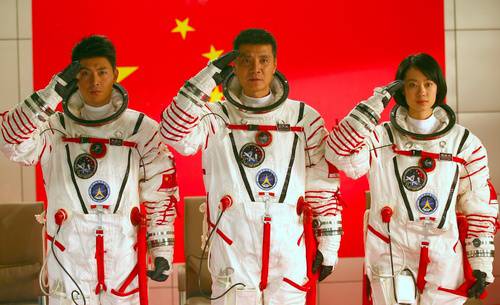 What’s It About: Zhang Tiancong is a 40-something astronaut who hasn’t experienced space duty. Tiancong is hoping, for what seems to be the last time, to be picked to perform a mission of high importance: docking spaceship Wentian I. A film that resonates with China’s own dreams of exploring space.

Why should you watch it: It’s space! Even Axe is trying to send us out there! 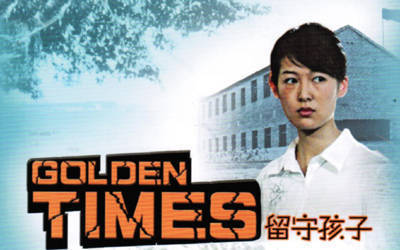 What’s It About: The mass migration of workers to the cities has created a category of "left-behind children". Teacher Fang and police officer Sun Dayang realizes this and decides to put up a home for these children, attempting to build a better community.

Why should you watch it: There’s very little information about this film over the internet, which is a very good motivation to see what it’s about. Fame by obscurity, ain’t irony grand? But honestly, Golden Times presents a sentiment that we as a culture can relate to since we too have been experiencing mass migrations over the past decades.

Shang Cineplex Springfilmfestival Film Festival
Your Guide to Thriving in This Strange New World
Staying
In? What to watch, what to eat, and where to shop from home
OR
Heading
Out? What you need to know to stay safe when heading out