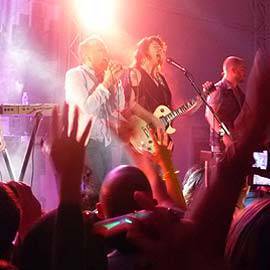 The Canadian indie rockers were shocked at how much Manila knew and loved them! 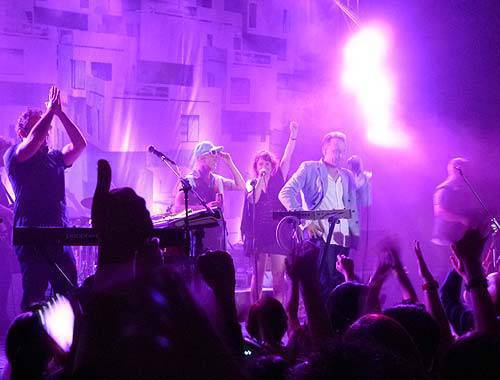 The Stars show last February 16 was practically a sing-along set. Here, both the crowd and the band having a great time. Photo by Cheekie Albay

(SPOT.ph) Stars, an indie pop band from Montreal, Canada, rocked to a crowd of fans who sang along to every word of their music on February 16, Saturday. Here are just some of the best moments from the show.

1. The night opened with two local acts, Outerhope and Ciudad, setting the mood for what was going to be one awesome show. Stars' Torq Campbell later on acknowledged the bands they shared the stage with, "Outerhope and Q-dad."

2. "You know how when you love somebody so much, you want to kill them?" to which the crowd responds with a resounding, "Yeah!" Then the opening lines of "Your Ex-Lover Is Dead" sends the crowd screaming their hearts out. We're not kidding when we say every one in MetroTent sang from start to end. Amy Millan can confirm because after the concert, she tweeted: 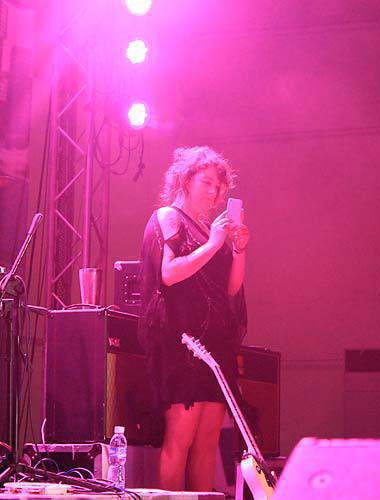 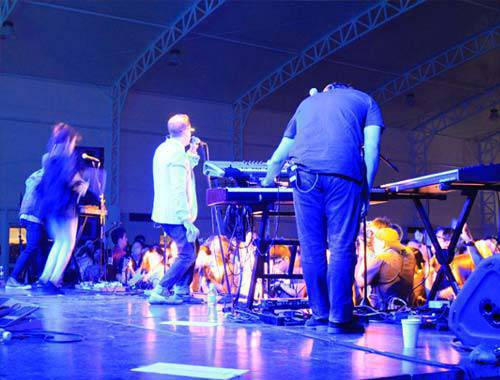 3. The band genuinely looked happy, maybe even surprised, that the people in the crowd knew all the words to the songs. Whether it was as new as "Hold On When You Get Love And Let Go When You Give It" or as old as "On Peak Hill." They introduce themselves as "Stars from Canada and you are stars from Manila." Hashtag kilig!

and one other thing. we are expecting around 1500 people tonight in manila. unbelievably grateful and blown away by this are we #yodasyntax

4. The band also said it was probably the "longest set of their lives" with the set list reaching 24 songs, including tunes from all of their albums. And each song sounded amazing live-like you had just pressed play on your music player. Despite the less-than-stellar sound system, they sounded flawless. 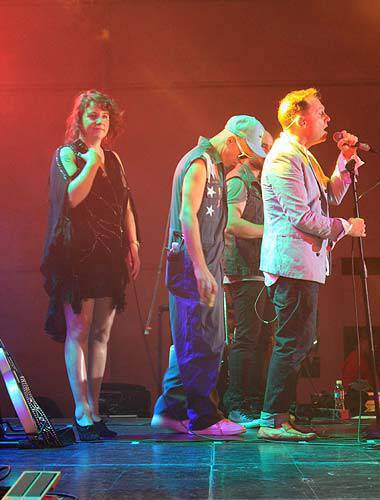 Amy Millan pause to look at the crowd, who was singing along throughout the show. Photo by James Dalusong 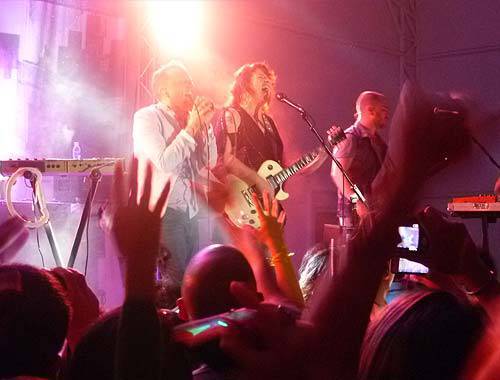 5. After the "we want more" chanting, Amy headed back onstage to sing a sweet performance of "My Favourite Book." The rest of the band headed out to join them and perform the rest of the five-song encore: "On Peak Hill," "Set Yourself On Fire," "One More Night," "Calendar Girl," and "The 400." And when they sing "you know that I'll see you again," we really hope they mean it.

Stars Manilaconcerts Concerts Bestinshow
Your Guide to Thriving in This Strange New World
Staying
In? What to watch, what to eat, and where to shop from home
OR
Heading
Out? What you need to know to stay safe when heading out