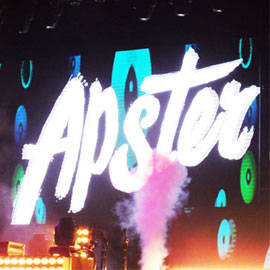 The 12-hour Close Up Summer Solstice in 12 Pictures

Scenes from the longest, loudest party of the year!

(SPOT.ph) Close Up heralded their Summer Solstice event on April 27 as the biggest party event of the year. It is, after all, the first ever-hold your breath- 12-hour non-stop music festival in Manila. So, if like us, you were also there, then congratulations. You just made history.

We thought we’d play with the 12-hour bonanza by giving you 12 photos of the event, starting with... The reverse bungee. 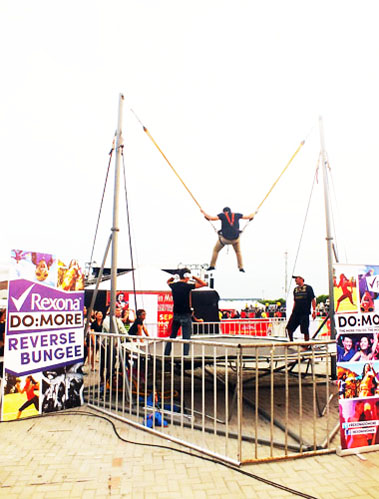 A 12-hour party started at 4 p.m. You’d think such an epic party would have a slow start but with different stalls like this reverse bungee jump, inflatable slides, basket hoops, a photo and a number of food stalls, such was not the case. Early birds were able to experience this huge trampoline for free, too! 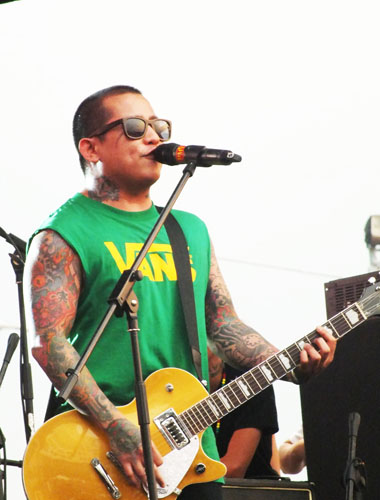 Urbandub kickstarted the 12-hour music fest. They played, among others, "First of Summer," which proved ideal. Beauty Queen Janine Tugonon arrived early, walking straight ahead to the Super VIP section and leaving us with no picture. 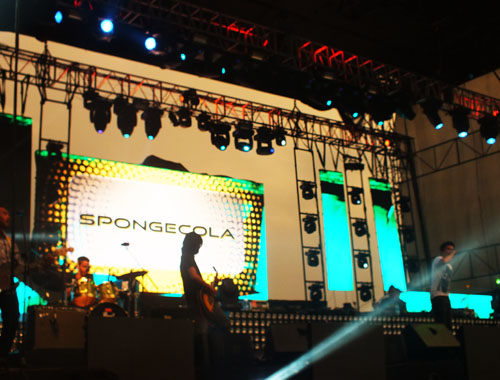 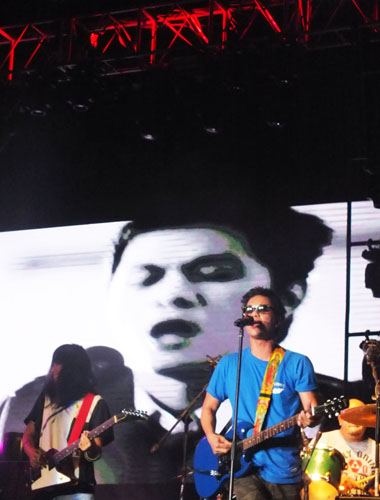 But Sandwich quickly upped the ante. The audience multiplied, and sections quickly filled up as the superband played their hits. The party wasn’t even halfway through but the crowd’s energy went up to eleven! 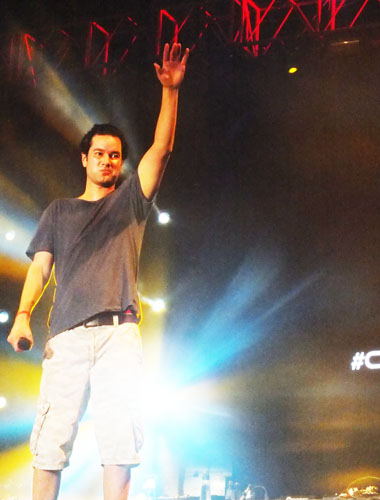 Electro-popstar from Chicago, The Jump Smokers, took the stage at around 8 p.m. DJ Roman together with Filipino DJ, The Flipside, played several remixed songs by Katy Perry, Coldplay, and One Direction. Also, for the first time, they played their new hit here, "Manila Anthem." The crowd loved them and everyone was dancing and singing along to their music. 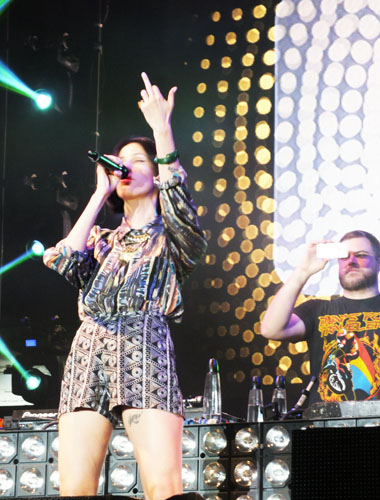 The only female performer, Devin Star Dailes or also known as "Dev" opened with her famous song "Bass Down Low." When she ended her performance with "Like a G6," her collaborated with the Far East Movement, the crowd went nuts. 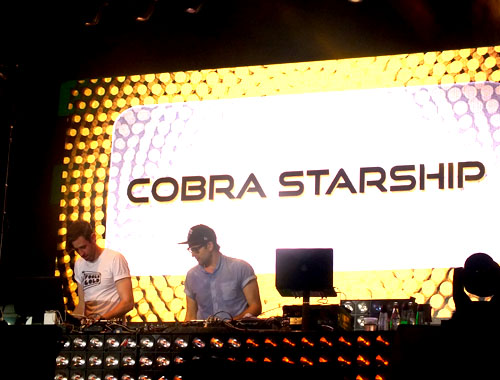 By 10 p.m., performances had been going on for six hours nonstop. The crowd was insatiable. Girls were shouting for the next performer, Ryland Blackinton and Alex Suarez of the American dance-pop band Cobra Starship. When they finally played, performing "Good Girls Go Bad," the duo brought the house down. A pair of huge inflated slippers was thrown up in the air by the crowd. 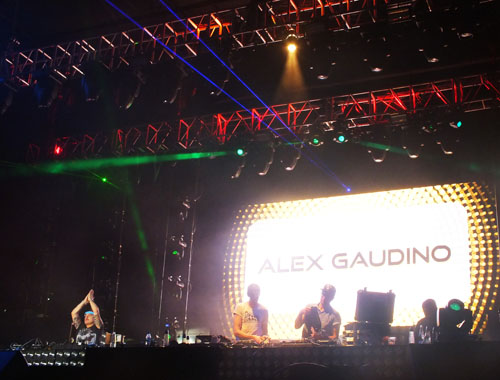 The show had a few technical delays a little before Italian DJ Alex Gaudino’s set. Thankfully, the matter was fixed quickly and people continued to part-ey. 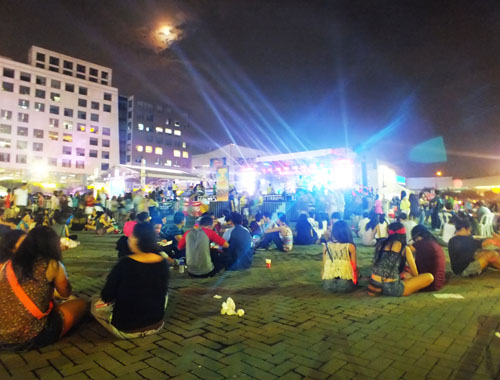 By midnight, the crowd wasn’t thinning, just tired. People chilled around the area and enjoyed the music while eating and chatting. 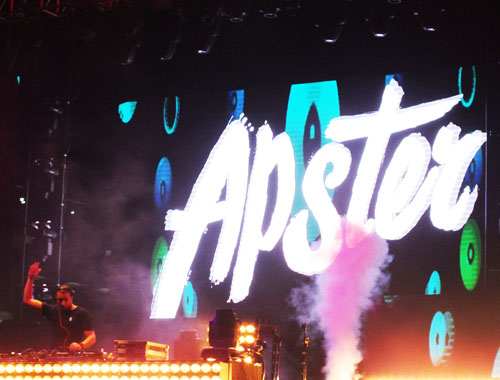 DJ Apster played a furious set. While others were still partying near the stage, we spotted others enjoying the music on the the huge trampoline. 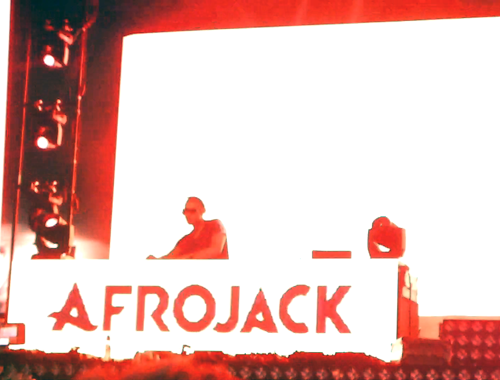 But it was Afrojack, that really brought the house down. His remixes of "Gangnam Style" wowed the audience so much that until the next day, social media was abuzz with Afrojack’s performance. 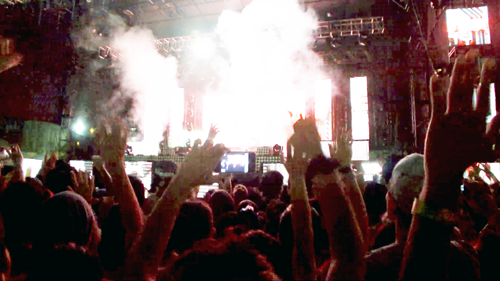