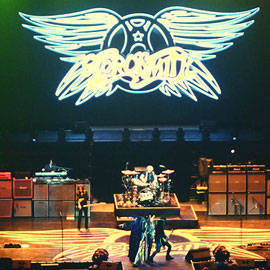 The legendary rockers finally put on a show in Manila! 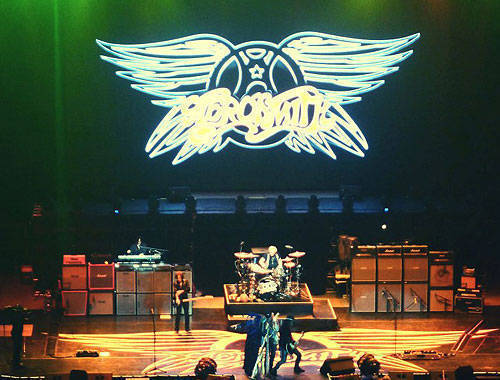 (SPOT.ph) Thirty minutes had passed since the opening act, Rivermaya, finished their set, so the crowd was growing antsy. Then, at exactly 9:25 p.m., the lights finally dimmed. A short video started playing on the big screen but hardly anybody noticed. All eyes were focused on Joe Perry and Tom Hamilton as they plugged in their guitar and bass respectively. When the lights turned up, everyone was surprised to see Aerosmith front man Steven Tyler already in the middle of the ramp, in full regalia: an Indian headdress on, glittery silver pants, scarf-laden microphone stand. He started dancing and kicking, taking up the excitement another notch as the rest of the band fell into the rock n' roll rhythm of "Love in an Elevator." Finally! Aerosmith in Manila, baby!

It's been a long time coming, and it showed. During the fifth song, "Livin on the Edge," drummer Joey Kramer trailed a beat behind and on the big screen, you could see him flushed and panting. Thankfully, Tyler's theatrics came through, taking the energy of the crowd, as well as his bandmates, higher and higher. On his drum solo that followed immediately, all traces of exhaustion were gone. Kramer even beat the drums with his bare hands.

Here are the show's best moments.

Steven Tyler's theatrics. What a performer Steven Tyler is: he kicks and screams and dances and engages fans from one end of the stage to the other! He strikes poses at timely pauses, eggs on his bandmates to keep going, keep going! At one point, he tells what we presume to be a yuppie: "You, over there, take off that tie and dance!"

The fantastic setlist. Aerosmith played 20 songs in total, including "Janie's Got a Gun," "Cryin," "Dude Looks Like a Lady," "Walk this Way," "Livin’ on the Edge," and crowd favorite "I Don't Wanna Miss A Thing." That they played two songs from the popular trilogy is certainly an unexpected treat; this tour has the band just playing one from the three.

The Tyler-Perry Connection. The chemistry between the vocalist and the guitarist is undeniable. Several times during the show, the guitar-strapped Perry would walk coolly to Tyler and do a signature antic: they'd lean against each other, back-to-back, and kill the song and the crowd; Perry with his guitar solos, and Tyler with his scarf-laden microphone stand.  During "Dream On," the first of two songs for the encore, a white grand piano was rolled on to the middle of the stage, which Tyler played. Come the guitar solo, Perry marched toward him, climbed a few steps and stood atop it, just in time for the lead. What a rock n' roll moment! 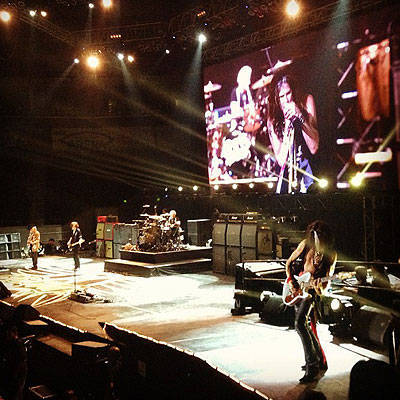 Joe Perry on the axe is a sight to behold. Photo courtesy of Jel Villanueva

"I Don't Wanna Miss A Thing." It started when a teddy bear was thrown to the stage. Tyler picks it up, and then proceeds with all the drama. The song turned out to be a massive karaoke number with everyone singing their hearts out.