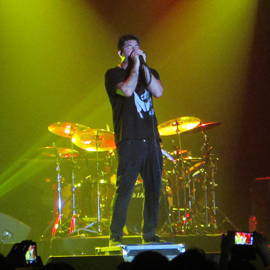 We’re already wishing for a third

(SPOT.ph) It feels great when your favorite band finally has a concert in a venue that you can drive to, but if the Manila leg of Deftones’ Koi no Yokan Tour is any proof, it feels even better when they return. 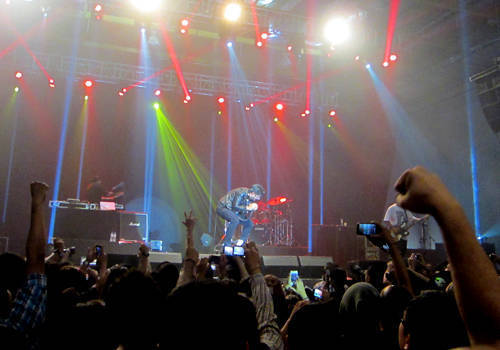 The songs may be the same, with only three or four new ones thrown in to distinguish it from the last, but it's your favorite band, man! It's not like you can just wait for them to have a gig in a nearby bar. For some, the wait was much too long, but at long last they returned. The last Sunday of May served as the perfect punctuation to such a sizzling summer, courtesy of Deftones.

The opening acts (plus some The Cars on the side)

Queso was just at B-Side on May 22 but it was still quite a pleasure to see them on the World Trade Center stage. Along with Philia, they made the wait for Deftones a lot less agonizing. Queso's set, which included Mottaka and Insekta, was just the thing to get the crowd running. 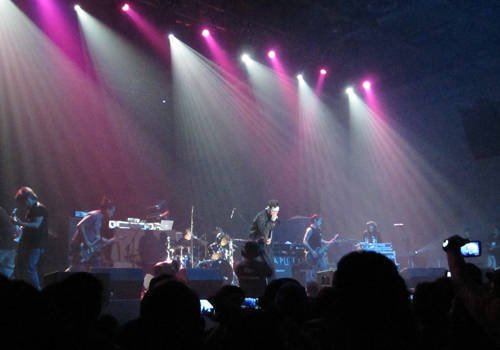 There was that moment after the front acts concluded when random music was played and some were taken aback when Drive by The Cars started playing. Admittedly, the tempo doesn't build up momentum for the show to start but Deftones did cover it in Saturday Night Wrist so people who got it just got more pumped up.

The dazzling moment when they started

Once the stage was cleared from tech guys doing sound checks, the air thickened with anticipation. The feeling dissipated quickly when the band got on stage, took to their respective instruments and began the performance without so much as a "hey there!" 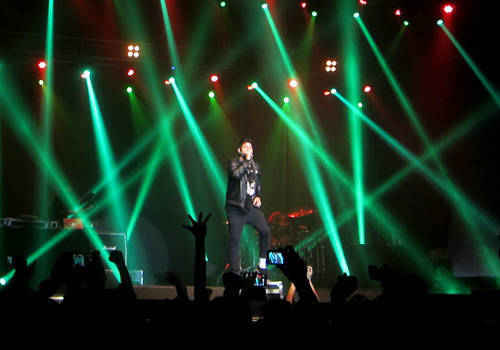 Look at that hand in the air! Someone lost a finger due to all the excitement!

The lights brilliantly complemented the band's performance. The fact that we had to make do with a point-and-shoot camera left us weeping because everything on stage was photographer-friendly. 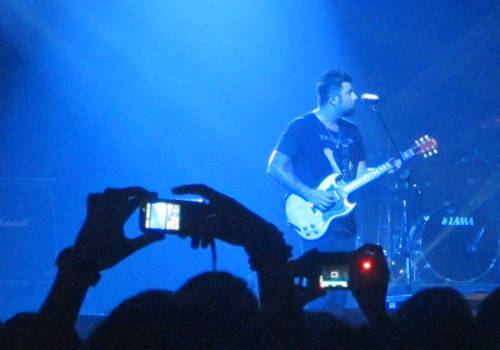 Taking a photo? Looking for a signal? Sending a text to the band?

What are they on? So much energy!

Vocalist Chino Moreno asked the crowd, "Are you full of love?" because that's the only thing that can drive you to jump around the stage while handling the corded microphone like a whip for about two hours. 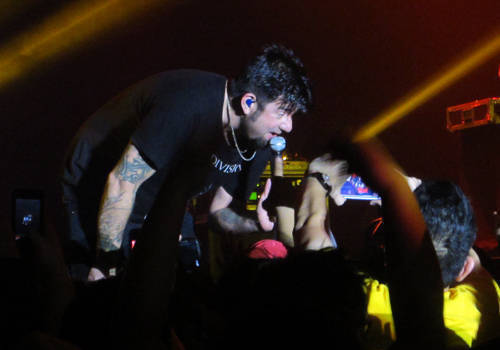 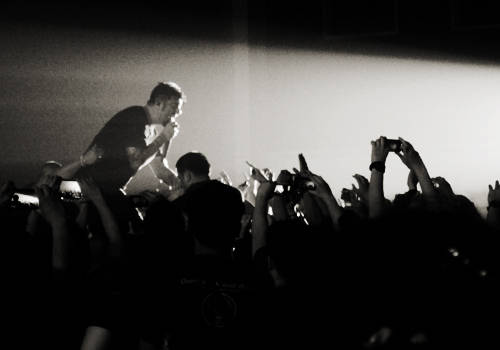 Moreno knew exactly how to work the crowd

The enthusiasm remained and we can definitely say that Deftones got their fill of Manila love as Chino ran through the photographer's pit, giving some love back to the crowd.

Three hours after the concert ended, we still couldn't hear things normally but we'll attribute that to the fact that the sound was solid. It's so solid that you could hear the bass, compelling you to move to the rhythm. 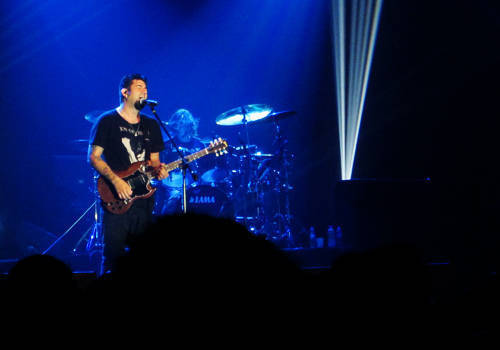 He seduced the crowd with "Digital Bath" the first time they were here. He did it again last night.

It's redundant to point out that the set list was fantastic because right after they played "Knife Party," we could've walked out of there ready to meet our maker. The band played 19 songs (plus three more for the encore) and they did not leave the crowd unsatisfied. We love the new songs from Koi no Yokan like "Entombed" but that absolutely sexy intro of "Digital Bath" just gets us every time! 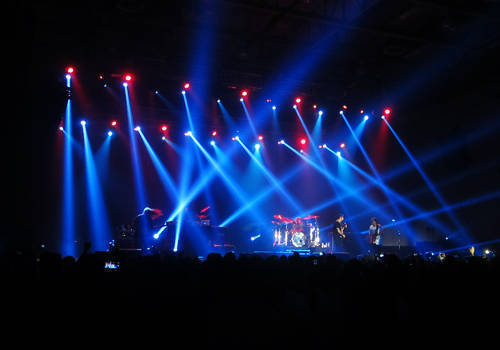 The band opened the encore with "Cherry Waves" and everyone's hands (both of them) just shot right up as though the chords were tangible. Hey, people who listen to songs that sometimes involved pterodactyl-like screeching have feelings too!

The moment during the encore when everybody jumped to nothing

There's nothing more hardcore than watching someone curse on stage on a Sunday night with the thought of Monday looming around the corner. But a truly defining moment of being a badass is being able to command people to do your bidding without any questions. 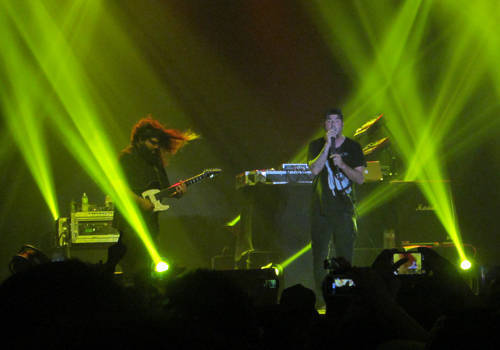 During the encore, Chino sets the crowd up to jump to the music and due to some sort of technical difficulty with one of the instruments, it falls flat but we couldn't care less. The show carried on like the glitch was part of the concert all along. 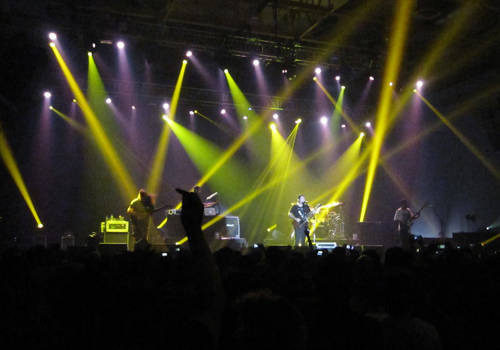 Already wishing for a third show

Cuss words should litter the sentences used here because calling it "good" or "awesome" just doesn't cut it. It was fucking good and it was fucking awesome.