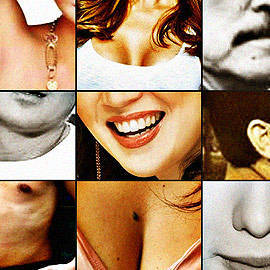 Celebrity Body Parts That Deserve Their Own Social Media Accounts

These iconic celebrity appendages surely deserve more than 15 minutes in the spotlight. 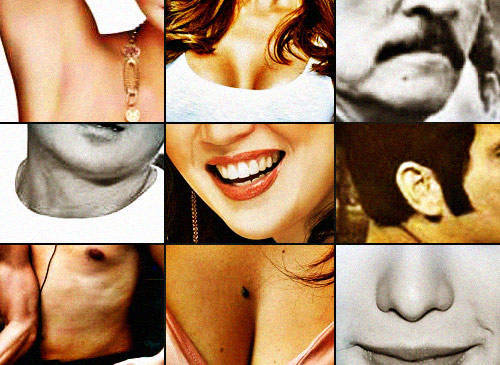 (SPOT.ph) There is no formula for reaching neck-breaking heights of fame-the kind that lasts longer than your time here on earth-and thus, it is a must that we celebrate the little landmarks of stardom.

Angelina Jolie’s leg, specifically the right one, made headlines when they made a bold appearance on the red carpet. It earned the merit of being a meme, and bigger than that, it took on a life of its own in the form of a Twitter account.

The Twitter account has since been deactivated and in its place, a void. A void that not even the appearance of Anne Hathaway’s nipples on the Oscar’s red carpet can replace. What we need, what we always need, are things that are closer to home.

In that spirit of jest and a very mild hint of wit, SPOT.ph brings you these celebrity body parts that have earned the status of "icon."

Her moles have made headlines. Sometimes, the actress worries about them as she revealed that some of her moles are increasing in diameter. They really do have a life of their own. Her most prominent mole, for instance, has been getting a lot of buzz.

SPOT.ph blogger Ria Limjap points out that Sarah Geronimo’s hair (or non-hair) was a character of its own in the movie. It may not have been part of the heroine’s body, but it was a scene-stealing "extension" of her pretty little head, deftly catching our attention.

We don’t want to be mean but we are human and we look for familiarity. A head should rest on something, a pedestal of sorts, to separate it from the rest of the body. It’s distracting, like a magic trick, to see body parts molded together. Not that Gabby’s face doesn’t distract us from everything else. The man’s cheeks, red and rosy, deserve attention, too.

This is the moustache that defined villainy. Each strand is like a Spartan warrior, looking out for the strand to its right, making sure everything is in place.

"Tunay na lalake, walang abs" and "Okay lang walang abs, basta totoong ang labs." Phrases that are redefining the body landscape. Why have pan de sal when you can have soft jelly on the belly? And who else but John Lloyd Cruz has shown dedication and commitment to keeping it real? (In fact, he’s ranked No. 1 in the "Abs Not Required: Top 10 Pinoy Male Stars Who Made It Work" list.)

Nobody, and we mean nobody, has ever sported the FPJ look succesfully. This is why he is royalty. Everyone else who came after him is just some dweeb trying to prove he’s a man.

Marian Rivera is neither a Dove girl nor a Rexona model but she hasn’t let us down and we love it! While endorsing Fit ’n Right, it was her kilikili that was doing most of the work in the posters. In the Maxi Peel facial cleanser commercial, she raises her hand to reveal the supple skin of her underarm as the camera focused on her face. In each shoot that she does, there’s bound to be one or two or three pictures where she raises her arms to reveal... that she truly wants to embody Darna! Lipad, Marian, lipad!

Disclaimer: This has nothing to do with words that come out of Kris Aquino’s open mouth. Legend has it that she can keep quiet but it is by choice that she keeps talking. It is her verb. It is her life. With that in mind, we just need to point out the elephant in the room because we noticed the photographers frequently catch her in mid-speech. Thus, creating this distinct, open-mouth look that occasionally graces the billboards along EDSA.

It’s quite difficult to escape from the past in this world of wide webs. Kim Chiu has put quite a distance between her old PBB self and the Primetime Princess that she is now. It’s good progress but alas, she is being chased by rhinos. Nosey people with too much time on their hands keep comparing the old Kim to the new Kim, outraged by her transformation. Speculations of enchancements and all that only proves that Kim Chiu has truly arrived.

Girls love this feature in Heart’s frame. We suppose guys like them too but to be perfectly frank, we’re just being practical here. There are clothes that need a little "umph" or "ooh" around the chest area but there are clothes that need a little more modesty. With the way technology is advancing, we’re hoping that detachable bossoms will get developed and be made available to the masses.

Humor Celebritybodyparts Anne Curtis Paquitodiaz Sarahgeronimo
Your Guide to Thriving in This Strange New World
Staying
In? What to watch, what to eat, and where to shop from home
OR
Heading
Out? What you need to know to stay safe when heading out