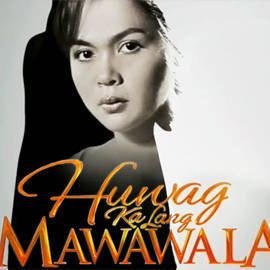 We can hardly wait to see Judy Ann Santos back on primetime. 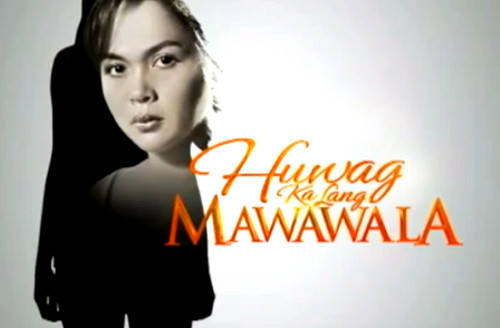 (SPOT.ph) The last time that Judy Ann Santos had a soap was in 2010. Back then, she played a nurse in Habang May Buhay.

After her hiatus from primetime TV, Judy Ann is now back with Huwag Ka Lang Mawawala. Touted as a "dark telenovela," the series tells the story of the hardworking Anessa and how the happy ending she longed for nearly ended her life. At least, that’s what we guess based on the trailer. The show starts its run today, June 17, at 8:30 p.m. on ABS-CBN.

1. Judy Ann got into Krav Maga for this. Unlike many of the previous characters Judy Ann played, Anessa wants to fight back. That doesn’t mean she merely wants to kill her enemies with kindness, she wants to be able to kick their ass and kill them if she has to. So Judy Ann took up Krav Maga, a defensive fighting style developed by Israelis. We’re looking forward to her showing off her moves on the show.

2. Sam Milby is playing against type. He plays Anessa’s ruthless husband Eros, who’s a wolf dressed in Prince Charming’s duds. The opportunity to play a bad guy must be both a great relief and a big break for an actor who’s been classified as a matinee idol. Eros is a womanizer who manipulates everyone around him. This is Mr. Milby’s chance to show everyone he has the chops to play such a deplorable character.

3. KC Concepcion goes bad. It’s damn cool that the daughter of Sharon Cuneta-the Judy Ann Santos of her time-is playing a role that her mother never would have played. As the rich, beautiful, bitchy, and amoral Alexis, KC may finally have found her reel calling. She gets to deliver lines like, "Aaminin ko, mahal ko ang asawa mo" and "Ang basura, nilalangaw. Ako ba ’yun o ikaw?" Plus, in true contravida fashion, KC dons va-va-voom clothes and cavorts with Sam Milby in elevators...and everywhere else.

5. The heroine isn’t the typical damsel-in-distress. Anessa leaves her husband when it becomes evident that he’s the devil incarnate. Despite the fact that she’s pregnant, she gives up her comfortable life and runs away from her abusive spouse. She also admits that she was stupid for having been deceived by his looks and his flashy gifts in the first place. We can only hope she doesn’t ever reconcile with him. This telenovela should make it clear that endings can be happy even when there’s no man to rescue you. Sometimes you have to rescue yourself.

Images and video clips used are all from ABS-CBN

Huwag Ka Lang Mawawala Judyannsantos Kcconcepcion Coneyreyes Mylenedizon
Your Guide to Thriving in This Strange New World
Staying
In? What to watch, what to eat, and where to shop from home
OR
Heading
Out? What you need to know to stay safe when heading out