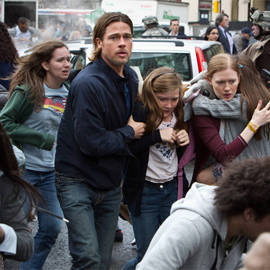 You have to really love zombies to like this film 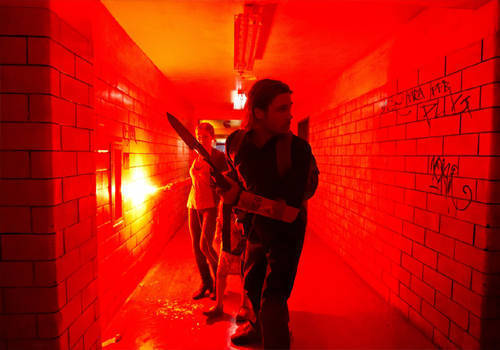 (SPOT.ph) If you have the attention span of a zombie, we'll give the verdict to you straight: this movie is largely disappointing and wastes the talent of Mireille Enos, who you can catch in the new series The Killing.

We don't mean that it's unfaithful to the book (you naughty, naughty movie) because we're not prudes that way. We say this as fans of the zombie genre. We the patient few who sit through movies that follow the same trajectory: Calm-Chaos-Exposition-Chaos-Conclusion.

It's pretty hard to get that wrong and Marc Forster and his team deserve an award for making that perfect formula more tedious than Night of the Living Dead, made in 1968. George A. Romero's classic is at least only tedious now, since we've been introduced to running zombies (thanks Danny Boyle!).

The film tries and it tries hard. Maybe a little too hard. It wants to be serious and it ends up feeling a little uptight and pretentious. There's only one real character in the film (Mr. Angelina Jolie) and he isn't even interesting enough to care about. Everyone else might as well be zombies. Even his family is a paper thin plot device. We need a pharmacy scene! Let's make his child asthmatic! 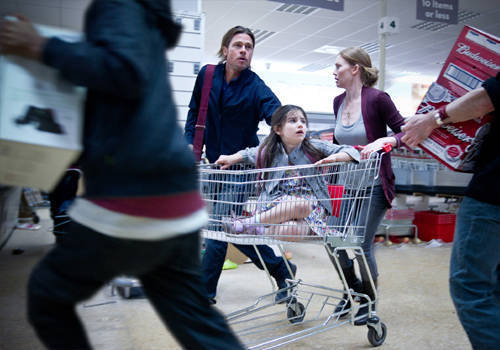 Savor the unblurry moments, there are so few

If they are familiar with the book, the thing that will get most people fuming is that World War Z by Max Brooks is a pretty solid social commentary. We don't even know what the movie was trying to say or if it was trying to say anything substantial at all. There was a scene in Korea and in Israel, some mention of India being a black hole but it all feels hastily baked and sloppily presented. There was a teeny, tiny bit of tension towards the end but Dead Set, a British TV program, grabs your attention with a 24-minute episode. World War Z runs for 116 minutes and excites (but barely) only in the last few.

The film begs and pleads for you to care about Gerry (Brad Pitt) but how? And more importantly: why? Governments are collapsing, people are dying but what do we see? These aerial shots of people running and chaos, chaos, chaos. That's all fine as establishing shots but must there be so many? It seems that the movie is trying to compensate for the lack of cohesion with (literal) piles of zombie. 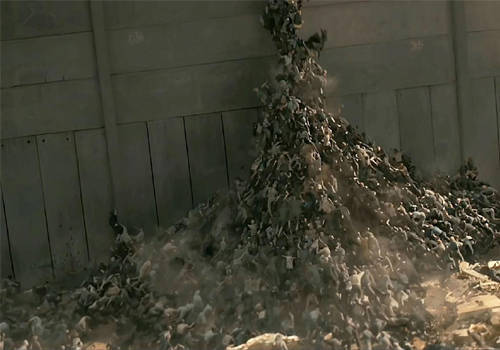 Oh look. A pile of zombies.

It makes you feel cheated because the camera pans and whips across the action, trying to simulate the disorientation that the people feel instead of actually showing something. The story unfolds in uncomfortably claustrophobic, shaky, and dark shots.

If you have never touched the novel, it will make you feel like the 342 pages of the book is about 300 pages of introduction and 42 pages of hasty conclusion.

World War Z Bradpitt Mireilleenos Zombies Zombiemovie
Your Guide to Thriving in This Strange New World
Staying
In? What to watch, what to eat, and where to shop from home
OR
Heading
Out? What you need to know to stay safe when heading out