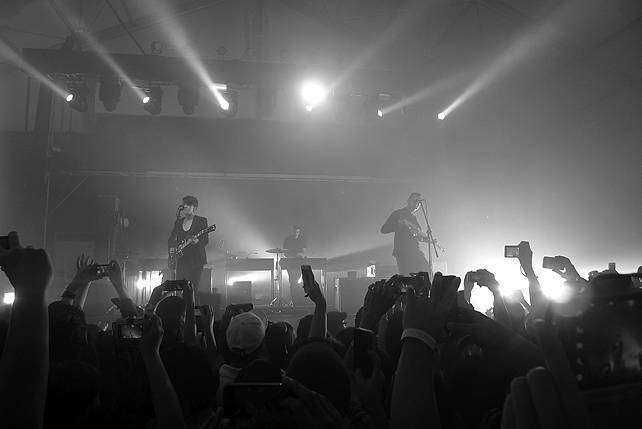 Best in Show: The xx Live in Manila 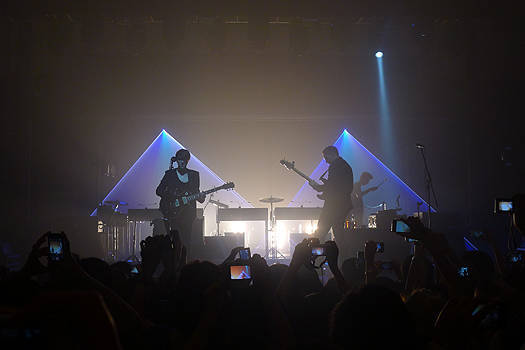 (SPOT.ph) Watching The xx at the NBC Tent on Tuesday night, July 30, felt a lot like being trapped in the MRT during rush hour, except in this case, rush hour was more like four hours with the added bonus of being treated to really awesome music. The crowd that lined up well before the doors opened at 7 p.m. was in generally good spirits, even when a fine drizzle made a brief appearance; a little rain couldn't dampen their mood. 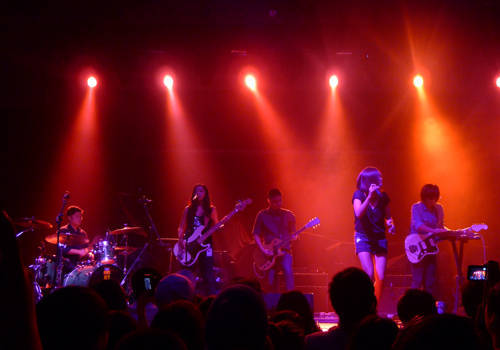 At first, it seemed as though NBC Tent was a little too big for the event; the place was only half full at 7:30. But the audience swelled when the clock struck 8 p.m. Taken by Cars was the first to get people going with songs like "This is Our City" and a new tune entitled "Seek Shelter." Up Dharma Down played songs from their album Capacities, such as "Turn It Well" and "Feelings." 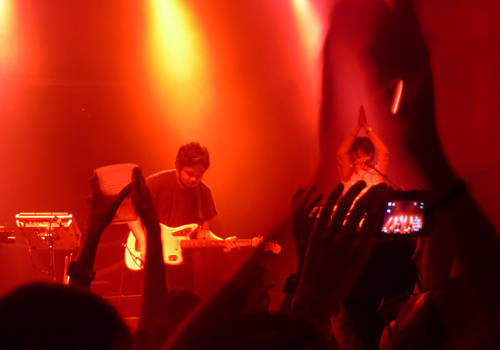 Carlos Tanada and Armi Millare of Up Dharma Down

Once Up Dharma Down left the stage, the crowd was in for another agonizing wait. Tech guys did some last-minute sound checks. Random music was piped in to keep the atmosphere buzzing. The moment one song faded out, people cheered, expecting The xx to come out right then. No such luck; the song was followed by yet another one, and the crowd settled down again for more waiting, although some people started calling out, "xx!" with a girl shouting, "Lumabas na kayo!"

It was 10:10 p.m. when the place was bathed in bright white light and The xx finally took to the stage, much to the overwhelming joy of the audience. The noise of the crowd grew even more deafening as The xx launched into "Try." Cheers met song after song, and in typical Pinoy fashion, the crowd sang along enthusiastically, nearly drowning out the band. That's the good thing about seeing a band that has had only two albums out so far-you can be sure that they'll play almost every song on their albums. 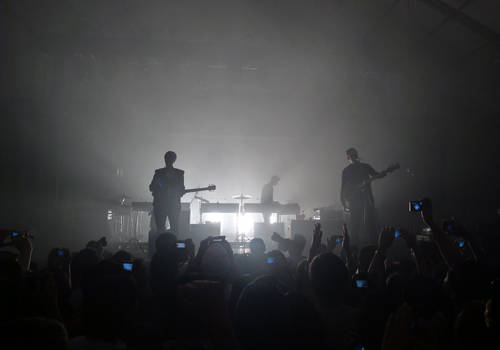 We admit that initially, we weren't sure what to expect from the show, given that The xx sounds pretty lazy and laidback in their albums. Was it going to be a chill concert, with people just bobbing along to the music? Heck no. The xx played much more upbeat versions of their songs, ones that you could actually dance to. Everything was surprisingly high energy, and the band didn't even have to shout or dance wildly onstage to get everybody pumped up. Lights flashed to the beat of the music, and the light shows during the concert were the subject of much photographing and Instagramming.

Jamie Smith, Romy Madley Croft, and Oliver Sim were the portrait of serious, intense performers. Chit-chat and interaction were kept at a minimum. Oliver said that it's their first time to play in Manila, and Romy thanked everyone who came. While performing, they sang more like they were in a world of their own, looking off into the distance. People absolutely howled when the two would draw close to each other during a song. 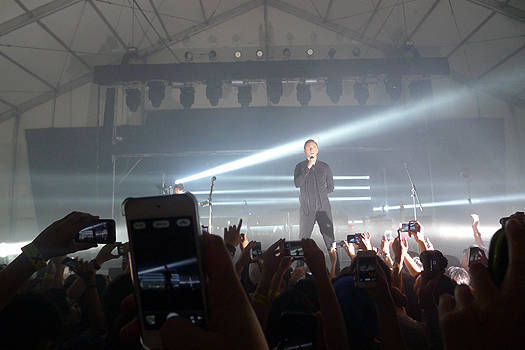 Hold on to your undergarments

During "Fiction," Oliver whipped off the microphone, wrapping the cord around his shoulders and shooting sexy stares out at the audience. It was electric, and one girl was even moved to shout, "Oh my God, nalaglag ang panty ko d'on!"

Streaming and sharing the show

People wanted to capture every single moment. Hands grasping phones and cameras hovered above the crowd, with people doing their best to make sure that they avoided taking pics of other phones and cameras or the raised hands of those who were dancing.

Many others couldn't wait to tell the world how much fun they were having. Every single moment was tweeted and Instagrammed. There were even some who called their friends over Viber and held their phones up to stream the music, presumably so their friends could die of envy. 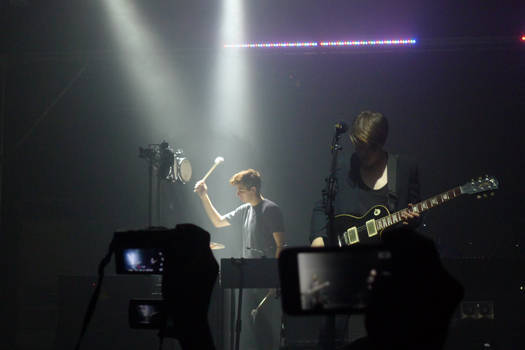 Towards the end of the night, Romy and Oliver cracked a smile at last and told everyone that they didn't expect the response. It's not the first time a foreign act said something like that to a Filipino audience, and it definitely wouldn't be the last. It just feels more poignant coming from them, given that the group is known to be a shy bunch. 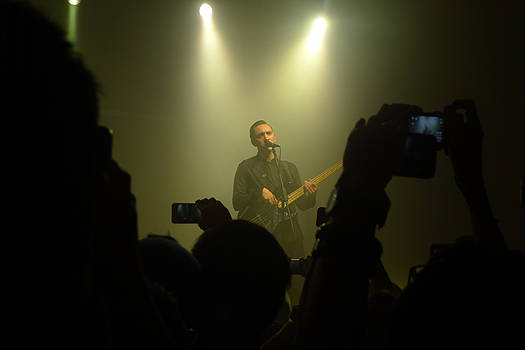 After playing "Infinity," The xx left the stage, prompting the audience to instantly start chanting "We want more! We want more!" The xx didn't disappoint, coming back on stage to play an intense version of "Intro," and they wrapped up the evening with "Angels." Upon hearing the first few notes of the song, the crowd went wild; singing along with Romy at the top of their lungs to the point where the entire place was reverberating. 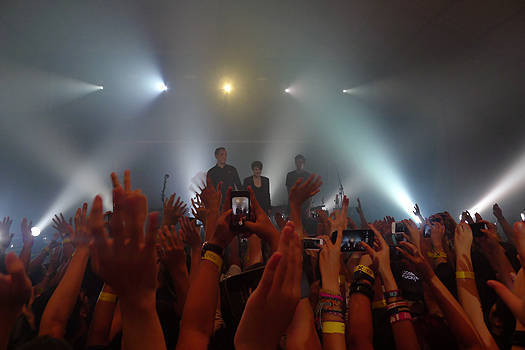 The xx promised to come back, and we're already counting the days. It was never a surprise that the crowd would love the show, and it looks like even the band had a blast.