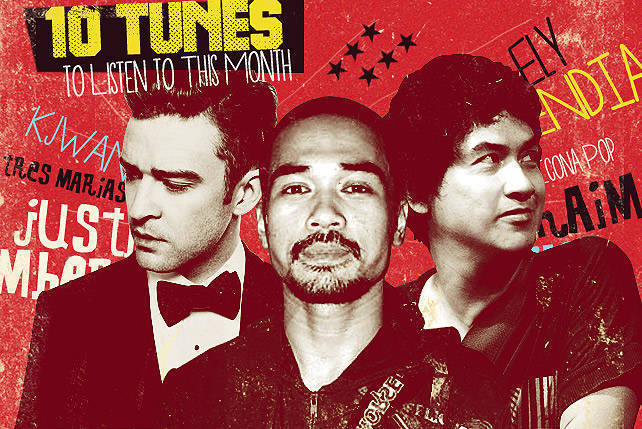 Load up your music player with Ely Buendia, Mumford & Sons, and Justin Timberlake this month! 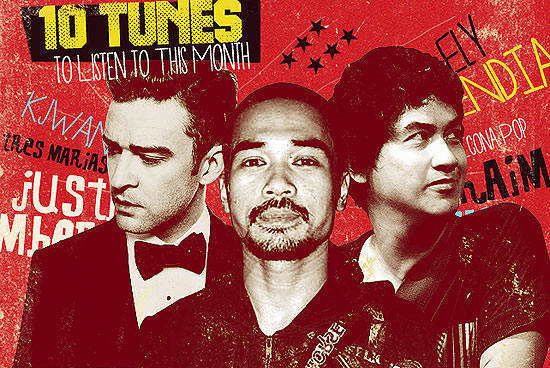 Song: "Take Back the Night"

JT is doing it right with his newest release titled "Take Back the Night," a funky track with a noticeable Michael Jackson influence. The disco-pop beats might just make this a popular club mix.

OPM rock legend Ely Buendia’s "Haunted" lives up to its title. It’s a dark composition with rich guitars and trippy vocals. The track is the theme song for Bang Bang Alley, which will be released this month.

What’s not to love about this Swedish duo? Their latest single is a bubbly, electro-pop anthem you won’t be able to resist-just like their smash hit "I Love It." The cheery vocals and house beats make a perfect dance mix.

Tres Marias is a new powerhouse trio featuring Lolita Carbon (Asin), Cookie Chua (Color It Red), and Bayang Barrios. Hear the unmatched vocals of three of the most prominent women in OPM come together in one song.

Fun fact: Their original song, with lyrics in both English and Filipino, is very apt for August or Buwan ng Wika.

The Haim sisters have released a new recording of their song "The Wire" as part of their debut album, Days Are Gone. Their latest single is brimming with attitude, rocking guitars, and slick harmonies.

"My Axis" is the band’s first single off Kjwan 4: Volume 2. There’s nothing but kick-ass OPM rock here, what with serious guitar riffs and solid vocals.

Fun fact: Kjwan is celebrating 10 years in the music industry.

Song: "Safe With Me"

Lush tunes embrace Sam Smith’s topnotch vocals in this smooth, slow-tempo composition. Listen to him effortlessly go from bass to falsetto. We can’t wait to hear what else he has in store for us.

Fun fact: Smith is a British singer and songwriter best known for lending his vocals to Disclosure’s hit single "Latch."

No doubt Zia Quizon brings a refreshing sound into the OPM realm. Her latest single is a jazz-pop hit in the making. Listen as her soulful vocals merge with playful instrumentation.

The indie-folk band’s newest music video is a lot fun to watch, and the song is a good old Mumford & Sons experience. There are no surprising elements in the song, so expect to hear their signature sound courtesy of banjo-heavy choruses.

Song: "Skyscrapers Will Fall and Love Will Rise to Take Their Place"

With vocals drowned in hypnotic beats and synths, the latest from Love In Athens still manages to highlight both music and lyrics.

Fresh Tunes Newmusic Music Justintimberlake Elybuendia Mumfordandsons
Your Guide to Thriving in This Strange New World
Staying
In? What to watch, what to eat, and where to shop from home
OR
Heading
Out? What you need to know to stay safe when heading out