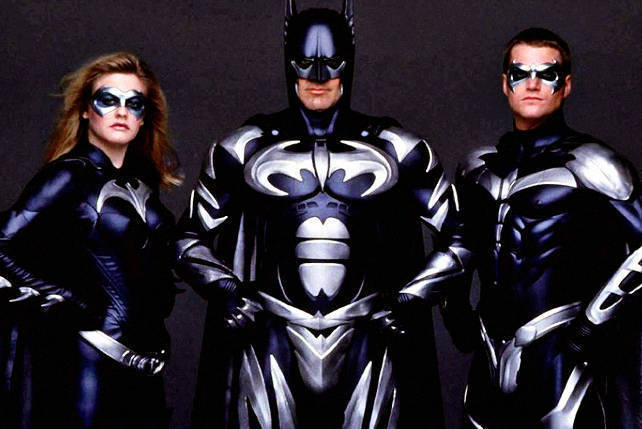 We’re giving Ben Affleck the benefit of the doubt, especially compared to these 10. 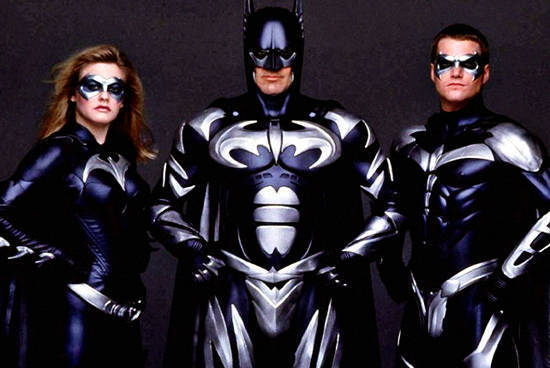 No one in this entire movie-from the heroes to the villains-was cast correctly.

(SPOT.ph) There’s one episode of The Big Bang Theory where, among other things, Sheldon Cooper gets upset when the Spock standee he ordered turned out to be Zachary Quinto and not the Leonard Nimoy he presumed it would be. This isn’t to say Quinto didn’t make a good half-alien-he’s by far better than most of the actors you’ll read about later-but his Spock was a representation of Nimoy’s interpretation and not of Spock himself.

Sheldon is only one exaggerated and crazy example. The comic/geek world is an overprotected franchise zealously guarded by a group of ultra-imaginative people who have their own personal fantasies about what superheroes should be, who should represent them and how. Under their watchful eye, the pressure to cast live action versions is huge. Some lived up to it-Robert Downey Jr. rehabilitated his career and Iron Man in his three films and Heath Ledger spooked his way to the Academy Awards-but there are those who crumble. With Ben Affleck’s casting as the Dark Knight becoming global agenda, we list the 10 who did put the superhero name to shame.

The announcement of Hathaway’s selection as the beguiling Selina Kyle came as a surprise to most fans who’ve grown accustomed to the literal cat-eyed casting of Michelle Pfeiffer and Lee Meriwether. Reactions have been mixed to the doe-eyed beauty’s dark and subtle interpretation, especially compared to Pfeiffer’s raw feline sexuality. The Dark Knight Rises portrays Selina Kyle, who was never referred to as Catwoman in the entire film, as she is in later story arcs: an antihero more than a villain. Though we agree that the Academy Award winner’s brooding cunning fits well with Christopher Nolan’s vision, we miss that rawr expected of Catwoman.

P.S. We know that Halle Berry’s bondaged depiction is the farthest from perfect, but since we’re forgetting that a version like that exists, we settle for Hathaway.

We paraphrase the words of John Wagner, creator of Judge Dredd, "the whole thing just wasn’t Judge Dredd." As the face of Judge Dredd, Rambo takes most of the brunt. His slightly slurred speech doesn’t make for the most bad-ass law enforcer out there. But it was not so much Stallone’s fault as it was the screenwriters’; the taking off of Dredd’s iconic helmet just misses the point for most fans of this franchise. Casting Rocky was wrong because he was already too big a star to not show his face.

We just have to get it off our chest: it was Bryan Singer’s fault. The acclaimed director who made the first two X-Men movies legendary left the third installment to film Superman Returns. As a consequence, we got two crappy superhero movies.

Not that James Marsden was superb in the first two X-Men films; his pathetic, depressed, wimpy impersonation of the all-mighty Cyclops is, in a word, stupid. Scott Summers is X-Men’s ladykiller, always being featured with a ladylove who’s not necessarily Jean Grey; he has three kids with three different women to prove it. In later story arcs, he has also shown a capacity for violence and wrath (he denounced the X-Men and killed Professor X). Plus, he is supposed to be a master tactician and an efficient leader. And, he is definitely not shorter than Jean Grey.

George Clooney as Bruce Wayne was a flawless fit: suave, elegant, charming. It was Clooney under a moniker. But as Batman? He was a little too Hollywood, a little too posh, a little too collected to play the psychologically broken masked vigilante. Plus those nipples took up too much of the screen. Clooney is already sexy without that rubbery revelation.

Alicia Silverstone and Chris O’Donnell as Batgirl and Robin respectively are under the same category as Halle Berry’s Catwoman. We denounce their existence.

See, when you need fake hair to cover up the fact that you’ve been balding for the last 10 years in order to play a dream role that required a much younger actor, you’re in trouble. However, we guess that since the character wears a CGI flaming skull most of the time, producers thought it would be all right. But more than his age, did anyone else notice that Cage seems to have lost his acting talents on both Ghost Rider films? Even his attempts at humor and his could’ve-been-witty one-liners were nothing short of droll. The few other times that he would inject some energy onto the scene, it’s mostly to overcompensate for the dry script.

Yes we know that his trilogy made Sony billions and billions of dollars, but it’s Spider-Man! Put anyone in a red and blue bodysuit and it will sell millions. When it comes down to the nitty gritty-Maguire’s prepubescent voice, stocky frame, and greasy hair (exclusively on the third movie)-he fell short compared to the superhero in the comic books. His isn’t a dorkiness that you’d empathize with; he wasn’t remarkably witty or clever or smart (which is how Peter Parker should be); he was a clumsy fighter; and he was emo and overly conflicted. Don’t even get us started on the dancing. In the debate between Maguire and Andrew Garfield, we have to give the award for best kiss to the former (it’s MTV certified, too), but that’s all the acknowledgment we’re giving it.

That said, we admit that Spider-Man 2 was awesome.

Her portrayal made us forget that she won an Oscar at the tender age of 11. Of the many movie characters inconsistent with the comics (yes, Wolverine had to be short and stocky, but Hugh Jackman owned the role!), Paquin’s Rogue had to be one of the two most painful. Rogue, in the comics, is rebellious, dangerous, angry, and desperate. She was in legion with Mystique before joining the X-Men where she was seen as a threat before being accepted into the inner circle. She is not, as Paquin painted, needy, vulnerable, and jealous. And while she did play "sidekick" to Wolverine who has a penchant for picking young girls to fight alongside him (Jubilee, Shadowcat), it wasn’t an amicable, protective relationship. And where’s Gambit, by the way?

Probably one of the reasons why this former matinee star got so much flak for being cast as Batman was because he had already played a superhero and it was one big dud. We can’t even talk about Daredevil without yawning. As the blind stick-wielding vigilante, Affleck was one-dimensional, dreary, and tedious. He was steady as the insecure lawyer by day, but wasn’t as exciting clad in burgundy leather-which is a coup because a blind man kicking ass already makes for pretty exciting YouTube material. Yet he made it look like gray wallpaper.

To be fair to him though, he has had some stellar performances as an actor, er, a long long long time ago. It’s not exactly fair to persecute an actor for a single performance that happened 10 years ago.

What good is a wife if she’s not beside her husband at all times. Mrs. Ben Affleck makes it on this list just one notch lamer than her better half. Even more interesting is how playing star-crossed superhero lovers in this franchise sparked their real flame.

Garner is hot and toned enough to convince us that she can kick major villain butt (sometimes more than one at the same time). But there was something sweet about her portrayal-it may be those dimples-that betray that supposedly buff fighter than Elektra ought to be. In the comics, she is exotic (she’s Greek), fierce, and intimidating. Garner’s Elektra looks more like your friendly neighborhood superhero, the kind that helps old ladies cross the street.

Seriously, we don’t mind when some characteristics or storylines have to be altered for the movie-watching audience (Wolverine’s height, the Mandarin’s motives). But we do mind when it’s pointless and obviously incredible.

When Kingpin became black (played by Michael Clarke Duncan), we nodded; he was convincing enough especially beside Ben Affleck. When Bane became white (played by Tom Hardy), we said okay; he was in a mask most of the time anyway. When Juan "Johnny" Rico in Starship Troopers became Argentinian, we, as his fellow Filipinos, were hurt, but shrugged it off. But when Jessica Alba, in all her sexy French-Canadian-Mexican caramel-skinned glory, became Captain All-American’s sister, Fantastic Four became a lie.

It’s as if director Tim Story just wanted to reel in a different kind of male audience so he cast the hottest actress he knew. Never mind that she didn't fit the profile. Give her Christina Aguilera's contact lenses and bleach her hair (especially emphasized in the second installment). She’s "invisible," anyway; inconsistent skin tone was a trivial matter. Maybe we're asking the wrong question though. Maybe we're supposed to say, Human Torch, why are you white?

More importantly, Invisible Woman is the most powerful member of the Fantastic Four. She's not supposed to be a damsel in distress. She’s not supposed to be whiny. She’s a master martial artist who can form a force field in your brain and kill you without touching you. And it just didn’t seem like Jessica Alba could do any of that.

Ben Affleck Batman Superhero Miscast Wrongcast
Your Guide to Thriving in This Strange New World
Staying
In? What to watch, what to eat, and where to shop from home
OR
Heading
Out? What you need to know to stay safe when heading out