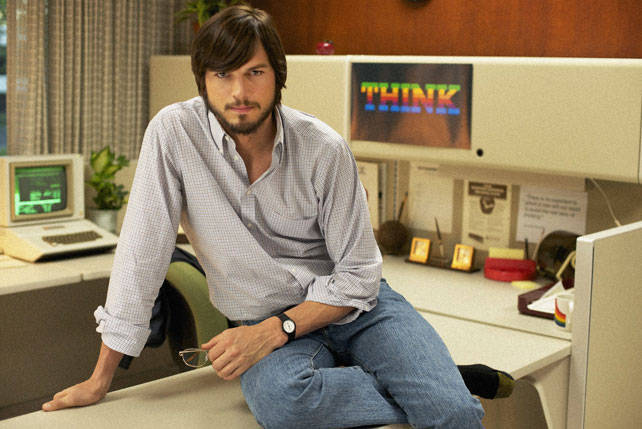 SPOT.ph blogger Paul Daza is not impressed. Read on to know why the minuses outweigh the pluses.

(SPOT.ph) Rated PG, this 125-minute biopic stars Ashton Kutcher as Steve Jobs, the college dropout who helped usher in the personal computer age and gave us the iPod, among many other hi-tech toys. Covering the years 1971 to 2001, Jobs tries to show how the Apple co-founder became one of the most influential entrepreneur-innovators of the 20th and 21st Centuries. 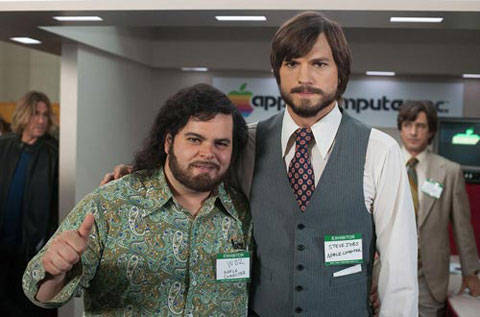 Ashton Kutcher in the title role. The star of That 70s Show looks, walks and talks like Jobs...when he was healthy. The low-budget movie doesn't show Kutcher as the emaciated Steve Jobs who was diagnosed with cancer a few years before he died in 2011.

Josh Gad as "Woz." As a fan of underdogs, I was actually more emotionally invested in the character of Apple co-founder Steve "Woz" Wozniak, as portrayed by Josh Gad, than by Steve Jobs himself. The early scene where Jobs cheats Wozniak of hundreds of dollars during a stint for video game company Atari, and the much later one where Wozniak resigns from Apple are two rare instances where Jobs actually made me FEEL something.

The shallow, lazy, confoundingly selective script. Where Aaron Sorkin's script for The Social Network (about Facebook creator Mark Zuckerberg) was a work of inspired genius, Matt Whiteley's screenplay for Jobs is an incoherent mess.

How is it shallow? It presents supposedly pivotal incidents and people from Steve Jobs' life without showing how they changed or affected him. For example: Jobs is shown going to India in the ’70s, yet the film doesn't explain how the trip altered him or shaped him to become one of the greatest thinkers of our time. Another example: Jobs is shown kicking his girlfriend out of his house when she tells him she's pregnant with his child. Many scenes later, we find out that the child is a girl who has been named Lisa. Still many more scenes later, we're told that Jobs' newest computer innovation is called the Lisa. Why did Jobs name one of his major projects (FYI, the Lisa was one of Jobs' rare flops) after a daughter he disowned? And why does said daughter suddenly turn up in Jobs' house as a teenager near the film's end? When did they reconcile and what brought about the reconciliation? If you want answers, check out Wikipedia or read the superb biography Steve Jobs by Walter Isaacson, because the film doesn't provide any.

Lazy? Jobs seems to have been made for those who already know a lot about Steve Jobs, and not for the casual viewer. That's probably why the script can't be bothered, for example, to articulate why Steve Jobs felt that everyone would want a home computer in 1977. Sure, it's easy to see this NOW, but what made Jobs feel so sure about this in the late 70s? What exactly did he believe people wanted to compute? Again, the script doesn't say so. Another example of laziness is the scene where Jobs screams at an unseen Bill Gates on the telephone because the latter allegedly stole Apple's operating system for Microsoft. "I'm gonna sue you for every penny you've got!," Kutcher/Jobs threatens Gates. It's a very tense scene, a true-to-life clash of computer titans that I wanted to see more of in the film. And guess what? The subject is then dropped entirely, never to be mentioned again. We don't know if Jobs did file a lawsuit against Gates, and if or how it was resolved. But there's one more act of bad scripting Jobs has in store for viewers, saving the laziest for last. When the film abruptly ends after a scene set in the ’90s, a card tells us that Apple was the world's most valuable company in 2012. The film is too lazy to even mention that Jobs died in 2011, perhaps assuming that everybody already knows that.

Also endemic of the screenplay's laziness is the artless way it disseminates details about the man. That Steve Jobs was given up for adoption by his biological parents and that he adored the music of Bob Dylan are pieces of info that come from nowhere. 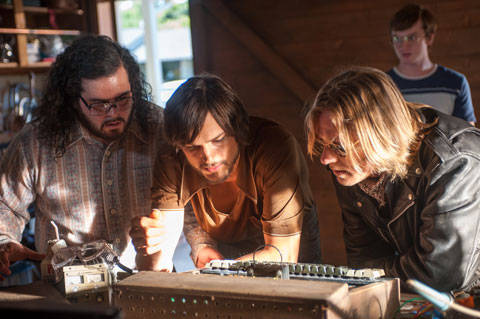 Confoundingly selective? Why is the film framed by the invention of the iPod? Why not include the iPad and iPhone? If the film covers the years between 1971 to 2001, why not mention Steve Jobs' involvement with Pixar? If the running time was the problem, it would have been better if the filmmakers had trimmed all the redundant boardroom scenes and instead given more screen time to Jobs' innovative thought process and design philosophy.

The dull direction. One stroke of directorial brilliance which David Fincher had on The Social Network was to make Jesse Eisenberg, as Mark Zuckerberg, speak in a fast, rat-tat-tat clip so that viewers would subconsciously feel like they always had to keep up with him. There are no such examples of inspired direction in Joshua Michael Stern's work on Jobs, no flashes of brilliance or even any memorable shots.

IN BRIEF: Great man, lousy biopic. If you want a good movie about Steve Jobs, then just wait for the one scripted by Aaron Sorkin (the Oscar-winning writer of The Social Network) that's being developed by Sony/Columbia. That one's sure to be better than Jobs.

Jobs Moviereview Stevejobs Ashtonkutcher Joshgad
Your Guide to Thriving in This Strange New World
Staying
In? What to watch, what to eat, and where to shop from home
OR
Heading
Out? What you need to know to stay safe when heading out