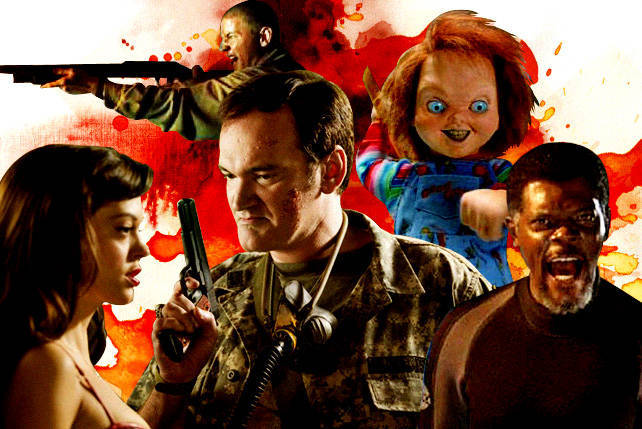 These are way better than good-bye. 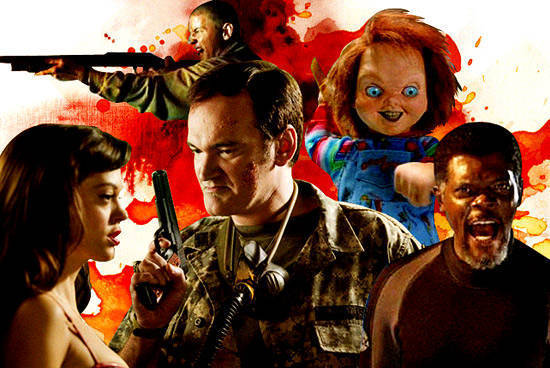 (SPOT.ph) If you were on the brink of death, what would you say? What sentence would be worth your last breath? Good-bye? See you when I see you? Forgive me? I love you? This is your one final chance to be memorable and we suggest that you shouldn’t make like a lame Nicholas Sparks novel. Show some creativity when you go out. Jesus wins this one with his Seven Last Words (which is a really long spiel), but here are some other examples of classic pre-mortem one-liners.

Note: This list only includes English- and Filipino-language films and did not include translated dialogue for reasons of altered scripts and misinterpretation.

Context: Kevin Smith’s comedy isn’t technically a horror film, but some religious folks might consider its ideas horrific. Insulted that a human-cum-modern-prophet would assume that a powerful demon such as himself could be assaulted by a golf club, Azrael tells Silent Bob to have a swing at him, arrogantly proceeding to open his shirt and exposing his chest for a clearer shot. Unknown to him however, the putters were blessed by a vain archbishop thus rendering his demonic immunity to pain and death useless.

"You think water’s fast, you should see ice. It moves like it has a mind. Like it knows it killed the world once and it got a taste for murder. When the avalanche came, it took us a week to climb out, and somewhere, we lost hope. Now I don’t know exactly when we turned on each other. I just know that seven of us survived the slide and only five made it out. Now we took an oath that I’m breaking now, swore that we’d say that the snow killed the other two. It wasn’t. Nature can be lethal, but it doesn’t hold a candle to man. Now you’ve seen how bad things can get and how quick it can get that way. Well, they can get a whole lot worse so we’re not going to fight anymore! We’re going to pull together and find a way to get out of here! First, we’re going to seal off this b-" -Russell Franklin (Samuel L. Jackson), Deep Blue Sea (1999)

Context: Yes, Samuel L. Jackson could give Jesus a run for his money for his drawn-out drawl, but then again he didn’t know he was about to be ravaged by a shark. Trapped inside a seafaring facility surrounded by three sharks with human intelligence, giving a depressing monologue about how he killed two men while trapped under ice is how he keeps the rest of the survivors together as they find a way out of their fishy bind.

Context: Hans Christian Andersen’s horror-fairytale takes a whimsical detour in this beloved musical, but the fancy dancing doesn’t mask the undertones of artistic obsession as well as the psychological workout and sacrifices demanded to become a star. Rising prima ballerina Victoria Page is torn between love and career as she’s given the lead role in the ballet adaptation of The Red Shoes. When her lover, Julian, leaves her prior to a performance, Vicky throws herself off a balcony where she further gets hit by train. With Julian by her side, her mangled body on a stretcher, she kindly asks him to take her red pointe shoes off. The Black Swan’s got nothing on this one.

Context: There were several great lines from this British horror flick, but the punny line from the She-wolf is performed right before she gets shot in the head in the middle of her transformation.

Context: In between hits like Say Anything and The Conjuring, Lili Taylor starred alongside Catherine Zeta Jones, Liam Neeson, and Owen Wilson in this Razzie-nominated flop where a haunted house summons its last surviving heir. It’s up to Nell to send the evil Hugh Crain to hell, thus freeing the spirits of the children he kidnapped when he was alive. It’s something you tell a villain right before you kill them, but unfortunately the force of which Crain could be delivered sends Nell slamming on to a carved concrete wall.

Context: Of course, Chuckie doesn’t die because he goes on to spawn bad horror in five more films, but for his first attempt at death as a doll, Charles Lee Ray tries to save himself by playing the innocent card-and reverts to his Good-Guy doll alter-ego.

Context: See, if someone in a strange ghost-slasher costume attacks you, run first and ask questions later. Tatum’s cynicism and refusal to believe that the masked killer was anything but a joke led to her untimely death getting squished by a garage door. It’s not as epic as Richter’s grotesque scene in Total Recall (1990), but it does beat the crushing elevator scene in Final Destination 1.

Context: A famous fashion designer commits to altering his friend’s ukay vintage gown which turns out to be haunted and murderous.

"You gave me some wood, now I’m going to give you some f*cking wood...I’m just going to have to make this quick." -The Rapist (Quentin Tarantino), Grindhouse: Planet Terror (2007)

Context: The Rapist sexually harasses one-legged go-go dancer, Cherry who retaliates by stabbing his eye with her wooden prosthetic. In his fury, he risks being exposed to the poisonous gas in the air to rape her. The lethal biochemical weapon, however, causes his genitals to melt and drip to the floor-not that this stops him in his attempt.

Context: A group of rowdy teenagers (who eventually become zombies) attack protagonist Lionel Cosgrove as he visits his mother’s grave at the church cemetary. Fr. Jon McGruder, hearing the ruckus, wakes up and kung-fus the attacking undead, opening with the line, "This calls for a Divine Intervention!" A loose zombie head, however, finds its way to the priest’s neck, distracting him and causing him to be thrown over and impaled by a statue.

Context: There aren’t a lot of ways you can contain a werewolf infestation, especially if you don’t have an artillery of silver bullets, but Private Spoon Witherspoon does his best by throwing everything in sight at the attacking canine. In his final line of defense, he can only hope to give his colleague-turned-maniac-dog diarrhea.

Horror Movie Lines Quotes Memorable
Your Guide to Thriving in This Strange New World
Staying
In? What to watch, what to eat, and where to shop from home
OR
Heading
Out? What you need to know to stay safe when heading out