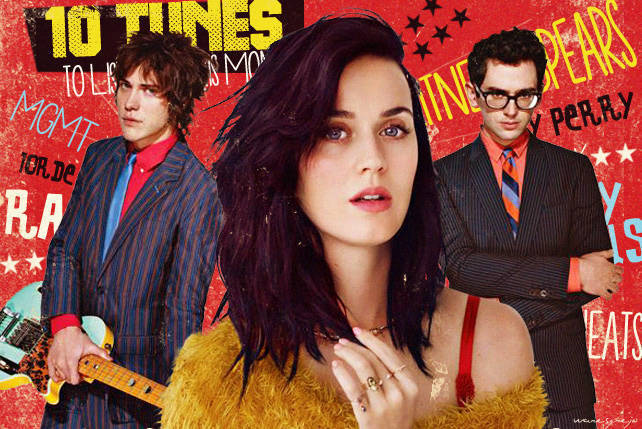 Update your playlist with the latest from Britney Spears, Katy Perry, and the Radioactive Sago Project. 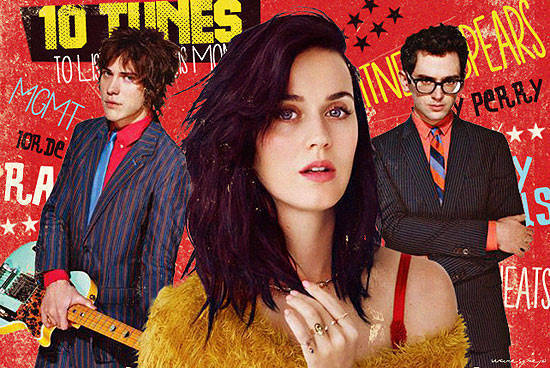 The single has been getting mixed reviews, but we have to admit - nobody can say "Work Bitch" and own it like pop princess Britney Spears. This dance-pop release is set to be a club favorite with its thumping beats and superb synths.

Pedicab’s latest single features the band's good old spunk and humor. With crazy guitars and colossal synths, this is exactly the kind of tune you would want blasting out of your speakers.

"Cool Song No. 2" is off the duo’s self-titled album, which was released just last month. Here, MGMT captures listeners with highly psychedelic tunes and an ultra-trippy music video. Press play and see for yourself.

Fun fact: The music video was directed by Isaiah Seret and stars Michael K. Williams (The Wire and Boardwalk Empire).

Pop songstress Katy Perry dishes out a dance-y single that will take you back to the club scene of the ’90s. In "Walking on Air," Perry’s vocals are just as catchy as those irresistible house beats.

Fun fact: "Walking on Air" is off Prism, Perry’s latest album set to come out on October 22.

Fun fact: "Newspaper Girl" is featured in Hide and Seek, a short film by Samantha Lee for Preview Magazine.

Sixteen-year-old Lorde of New Zealand is well on her way to conquering the music scene. "Tennis Court" combines smart songwriting, addicting dubstep hooks, and Lorde’s pure vocals. If you love "Royals" and "Team," there's no reason not to dig this tune.

Off the group’s debut album First Movement is "Stop Stop," an edgy rock track that doubles as an invitation to dance. Hear the prominent influence of Paramore in this release, too.

Solo artist Jhameel has released one feisty track, again showing his musical experimentation. Be reminded of Michael Jackson with his vocals, but get a sense of something fresh with this independent artist’s unique genre.

Fun fact: Jhameel plays every single instrument in all of his songs.

10 Fresh Tunes Newsongs Newmusic Britneyspears Radioactivesagoproject Katyperry
Your Guide to Thriving in This Strange New World
Staying
In? What to watch, what to eat, and where to shop from home
OR
Heading
Out? What you need to know to stay safe when heading out