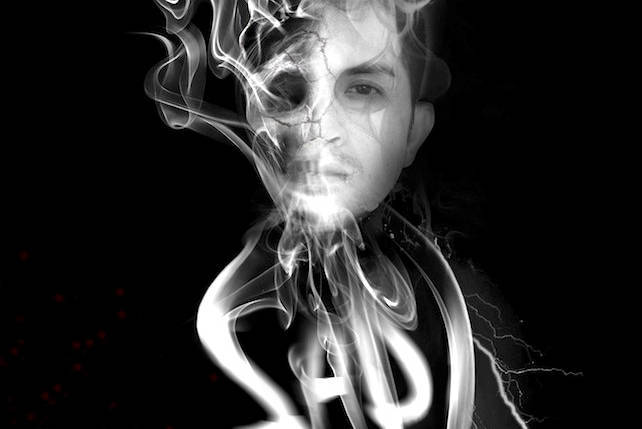 For a horror movie, it doesn’t have a lot of scare to offer

(SPOT.ph) Renowned filmmaker Brilliante Mendoza (Serbis, Kinatay) tries to explore new ground as he brings us Sapi, a horror film that strings together the director's affinity for social commentary, his unapologetic love for shock realism, and his trademark use of gritty atmospherics. Meant as a study of modern journalism, Sapi dives deep into an ocean of media espionage and dark occultism with tremendous ambition and promise-and yet finds itself wading in shallow waters. And despite the promising use of ambient gloom, the film fails to create enough tension to do what it is supposed to do: scare us.

And with a dire tropical storm running roughshod across the metro, the ratings-hungry networks hunt down a story of a woman rumored to be possessed by the Devil himself. PBC gets the upper hand by capturing the footage first, but seemingly driven Meryll-with the help of the equally driven Dennis-illegally buys parts of the PBC footage from its rascal cameraman, Baron. When the two channels simultaneously air the footage, privacy rights are mistakenly overlooked. And that's when things start turning strange, as the unscrupulous actions by both the PBC and SBN employees lead to a mysterious entity being unleashed.  All these while a dismal storm-used as an additional villain -renders the city in disarray.

In the film we will see familiar things such as the age-old myth of demonic possessions in the country; the never-ending ratings rivalry between TV channels; the viewing public's insatiable appetite for the bizarre; and the familiar dangers brought forth by tropical storms.

It is also worth pointing out that the director dares to bend the fourth wall by having his characters named after the film's real-life cast. This subtle story element (like many others) proves the Filipino director's insistence to subtly sneak in layers of societal subtext to the narrative (he even uses the familiar "Sarimanok" banner), as much of the elements present in Sapi wisely jab at different facets of Filipino culture.

The way Mendoza sets up the plot elements is quite smart, actually. But the cluttered storyline and the casually written character profiles render these elements empty as they all appear lost in the middle of a film that cannot seem to put them all together. Whether the theft of the tapes or the unchecked cutting of the aired footage led to the evil spirits plaguing our main characters is unclear. Even the presence of the storm turns out nil as it becomes mere background accessory, ultimately serving no purpose in the film.

The scare factor is unfortunately dry-heavily relying on a timid combination of harrowing shots, overly-queasy camerawork, and an explicit sense of realism. Just like his notoriously overrated Kinatay, the extremeness of Mendoza's reality borders on the grotesque (showing a dog get run over by a car in slow pace is never provocative in my book). And despite being done perfectly, the movie's low-key color scheme was not used to its full potential. Additionally, whether intentional or not, the director shakes the camera and blurs the focus way too often that it borders on being ridiculous.

Sapi is just as ineffective as good social commentary nor an effective horror film. Not a single scene provides any sort of scare-which is, as you may know, what horror movies are all about. The cold and chaotic atmosphere is not enough for us to truly feel the horror-simply because the "horror" never came. Neither the plot nor the characters have enough depth or range for us to feel any sort of connection, as well. Instead, Mendoza's metaphorical attack on media coverage unleashes minimal bark, and absolutely no bite.