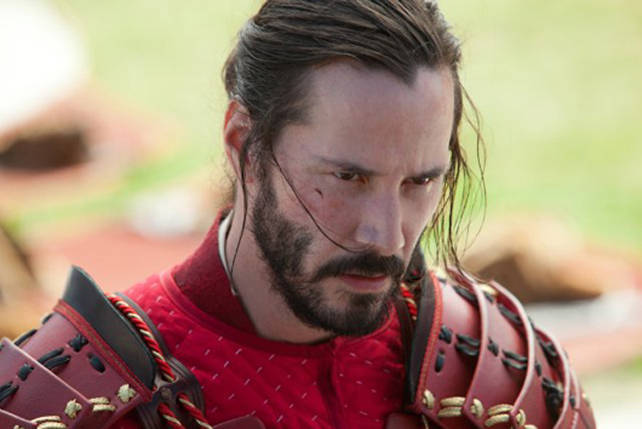 What to expect from Keanu Reeves’ samurai film

(SPOT.ph) The true story of the 47 Ronin, which took place at the start of the 18th century, became a national legend in Japan. The legend begins with a daimyo (feudal lord), Asano, who is being trained by a court official named Kira on proper court etiquette. Kira expects a bribe from Asano and when he doesn't receive it, he insults Asano, who, in turn, assaults Kira for dishonoring him. By committing assault, Asano brings disgrace upon himself. To regain his honor, he commits seppuku (ritual suicide).

Asano's men-a group of 47 samurai-are left leaderless (thus becoming ronin). They wait and plan for almost two years and finally succeed in avenging their master's honor by killing Kira. They fulfill their mission, knowing they themselves will have to commit seppuku for the crime of murder.

Many of the values associated with Japanese culture and their feudal political system are reflected in the story-social hierarchies, strict adherence to customs, commitment to a way of life, importance of duty, honor, and loyalty, even beyond death. Also, there's awesome samurai action.

The film adaptation of 47 Ronin, starring Keanu Reeves and directed by Carl Rinsch, unfortunately struggles to tell the story. On its own merit, the narrative is compelling because it shows aspects of the human struggle within social institutions, along with illustrating how the bushido (samurai code of honor) drives personal motivations and actions. The film adaptation, on the other hand, tacks on the disclaimer "inspired by" and churns out an incredibly disappointing piece of Hollywood drivel and misappropriation. 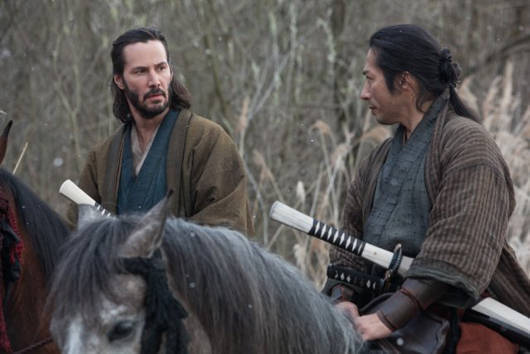 The screenplay by Chris Morgan and Hossein Amini alters the story by inserting Hollywood cliches-the white guy becomes the lead of this Japanese tale (Reeves' character, Kai, was created for the film. He is half-Japanese and half-British) and romance becomes the crux of the story. The movie gives a fantasy-adventure version of the narrative. Instead of Asano and Kira feuding over insults and dishonor at court, a witch (Rinko Kikuchi) manipulates Kira and helps him take over the country. She casts spells and bewitches people, including Asano. He attacks Kira, and the rest of the story unfolds. Kai, a former slave, joins the 47 ronin and becomes a crucial figure because of his ability to perceive the witch's spells and his knowledge of the supernatural. 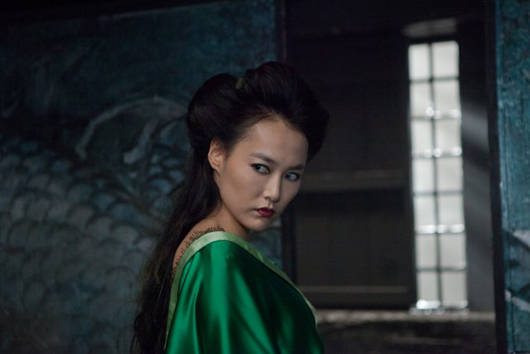 It's too bad the special effects spoil the texture brilliantly created by production designer Jan Roelfs. What this film got right was the production design, but it is overshadowed by the film's problems. (Alternatively, you can just sit back and appreciate how pretty things look without paying attention to the narrative. It makes for a better viewing experience.)

The production design is worth noting

Reeves uses his usual blank stares to convey emotion. Not that the film demands much acting from him or the other actors, because their characters are reduced to stereotypical samurai. 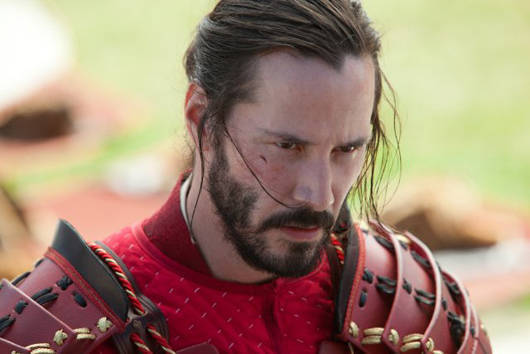 The movie banks on Reeves' box office draw and the coolness of samurais. Granted, there are some very cool action sequences-a stealthy night raid is probably the best, but it is hampered by the darkness and lack of a sense of space. The 3D format makes things even darker and more fuzzy.

Kai battling with a dragon

Overall, the film is mediocre. The action scenes work well when it is pulled back, but once a lot of elements are in play-CGI beasts, complicated fight choreography, and 50-plus characters-it gets muddled. The darkness and shaky camera work make the movements hard to discern. The horrendous writing is seen in the cliche-filled dialogue (Example: "I’m not afraid of you." "You should be.") The production design is glorious, but it can’t make up for the fact that the film turned one of Japan’s most celebrated legends into a by-the-numbers Hollywood action flick.

47 Ronin Keanureeves Japaneselegend Hiroyukisanada Rinkokikuchi
Your Guide to Thriving in This Strange New World
Staying
In? What to watch, what to eat, and where to shop from home
OR
Heading
Out? What you need to know to stay safe when heading out