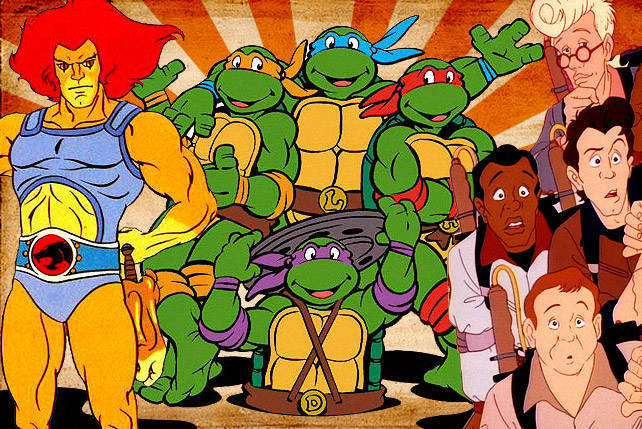 We rank our favorites. Which ones top your list? 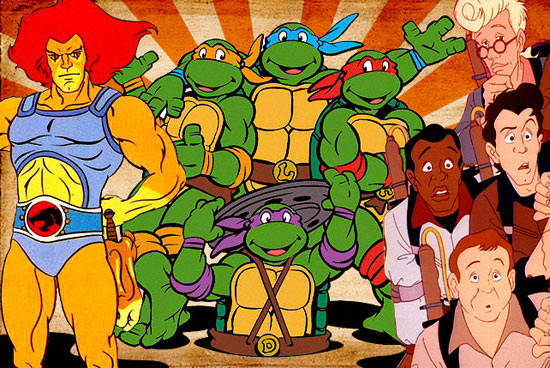 (SPOT.ph) We'll say it before you do: this list missed out on a lot of shows. But hey, you all know that this is a topic that deserves more than one article. Frankly, there's no way for any of us to miss ONLY 10 animated series from the ’80s. The decade produced a hefty amount of cartoon gold, and many of us still cling to those precious gems to the point that they've been revived in recent years for a younger generation. Here are the 1980s cartoons we really miss--at least the ones we're able to narrow down to the top 10.

If the 1970s had Voltes V, the 1980s had Voltron, which featured a giant robot that could separate into five robot lions-IN SPACE.

We're putting these shows together because they're essentially the same series. Prince Adam of the planet Eternia transforms into He-Man (the most powerful man in the universe, would you believe that?) and defends his planet against Skeletor. His twin sister Princess Adora, on the other hand, is a rebel leader on Etheria fighting against Hordak and transforms into She-Ra (all it took are longer hair, a new outfit, and a deeper voice). Their transformations aren't too dramatic, which is why it remains a mystery why their allies never recognized them.

We're not sure if all 130 episodes of the series were ever aired here, but we do know that we can't forget Lion-O's extending Sword of Omens and that familiar call: "ThunderCats, hooooo!"

My Little Pony featured ponies in different colors, each with their own unique tattoos (that’s "cutie mark" in MLP speak), along with the occasional unicorn and pegasus, and even a musical number in each episode. Every girl wanted one, and the recent McDonald’s Happy Meal toys, on top of the new version of the series, are a good indication that the cute singing ponies still have plenty of fans.

Jerrica/Jem did the whole secret identity thing way before Hannah Montana did--and in a very high-tech way. We're actually surprised that no one's thought of rebooting this yet. On second thought, let's keep the show pure.

More than being a totally fun cartoon action series, the first TMNT introduced us to "dude" and "cowabunga" and made pizza seem even more awesome. The Turtles have appeared in movies and various incarnations of the series since the first one; we unabashedly recommend the latest series featuring the voices of Sean Astin and Jason Biggs.

The story's legend now: Son Goku is on a quest to get that Dragon Ball, well, seven magic balls, which, when brought together, allows one to make a wish.

Based on a line of action figures by Hasbro, G.I. Joe gave kids of the 80s a kick-ass look into a world of honorable soldiers fighting evil in the form of the creepily voiced Cobra Commander. We especially loved the safety tips the characters gave in snippets after each episode. After all, knowing is half the battle.

You all know this by heart: giant robots who transform into land vehicles and jets. Also features Megatron's ability to change into a gun (quality engineering right there), rocking music, and Optimus Prime's sexy voice (we're not even sorry).

There's so much to love about this show that we don't even know where to begin. Is it the catchy theme song? The awesome Ecto-1? Janine's snazzy style? Wisecracking Peter Venkman? All the cool equipment? The creepy and strange episodes? (Yes, we could go on and on about this show.)

Cartoons Tv ’80s
Your Guide to Thriving in This Strange New World
Staying
In? What to watch, what to eat, and where to shop from home
OR
Heading
Out? What you need to know to stay safe when heading out