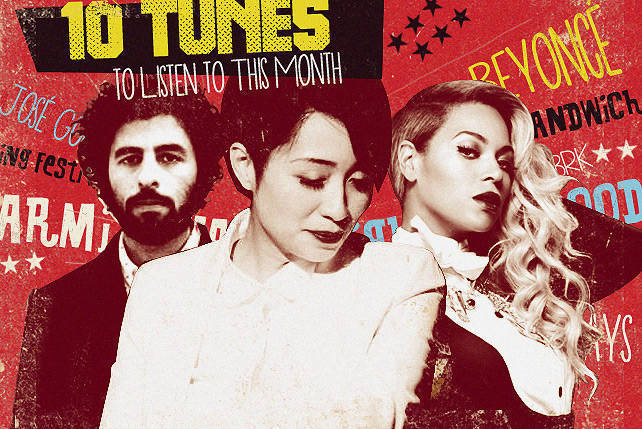 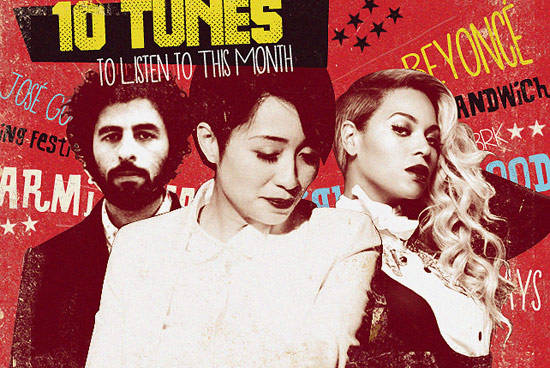 "XO," off Beyoncé’s self-titled surprise album, is an absolute crowd pleaser. The sugary sweet pop anthem is entrancing, getting you high on steady beats and Bey's smooth and subdued vocals. Watch the video, too, for feel-good visuals.

Local rock band Sandwich has released a new music video for their single "New Romancer." The track, featuring Myrene Academia and Mong Alcaraz’s vocals, is refreshing. We can't resist the irresistible pop feel of this one.

Here’s something different from The Neighbourhood. In "Unfair," they go wordless. Clocking in at just over two-and-a-half minutes, the track starts off gloomy with dark beats and then creates a warmer vibe with light synths.

Fun fact: "Unfair," from the California indie band’s upcoming LP titled #000000 & #FFFFFF, was released on Christmas day as a treat for their fans.

Up Dharma Down’s Armi Millare recently shared a poignant composition titled "Yolanda." Perhaps a way to remember those we lost to the super typhoon, this track needs no words.

Swedish singer-songwriter José González sings "Stay Alive" for the Ben Stiller film The Secret Life of Walter Mitty. The track is delicate, from the reflective lyrics to González’s unassuming vocals that complement the piano.

Fun fact: José González will be in the Philippines for the Malasimbo Music & Arts Festival, which runs from February 27 to March 3, 2014.

The guys of Giniling Festival waste no time in "Umaksyon Ka Na," an energetic number with crazy riffs and explosive drums. Don't let the music keep you from digesting the socially critical lyrics this band is also known for, though. They do more than just entertain.

The controversial pop star is once again surprising everyone, this time with an acoustic version of her latest single, "Adore You." The emotionally charged track showcases Miley Cyrus’s vocals, reminding us she really can sing.

Fun fact: The sexy music video for the non-acoustic version of the single premiered on VEVO on December 26, 2013 and currently has more than 36 million views.

Electropop act Autotelic aims to rouse your emotions with this hypnotic single. It starts with subtle yet catchy electronic beats and slowly but surely progresses into a dance-y anthem. Like these guys are saying, you will want to dance, too.

SBTRKT delighted the audience during his set at the Young Turks New Year’s Eve party in Tulum, Mexico when he played "r u n a w a y," an unreleased collaboration from two years ago. The lush, electrosoul tune features Jessie Ware, Sampha, and Tic.

"Just Like an Angel" is delightful in many aspects. Its catchy melodies, charming vocals, and overall simplicity do not demand much from the listener. It's so easy to sit back and enjoy this track.

Music Newmusic Freshtunes Playlists
Your Guide to Thriving in This Strange New World
Staying
In? What to watch, what to eat, and where to shop from home
OR
Heading
Out? What you need to know to stay safe when heading out