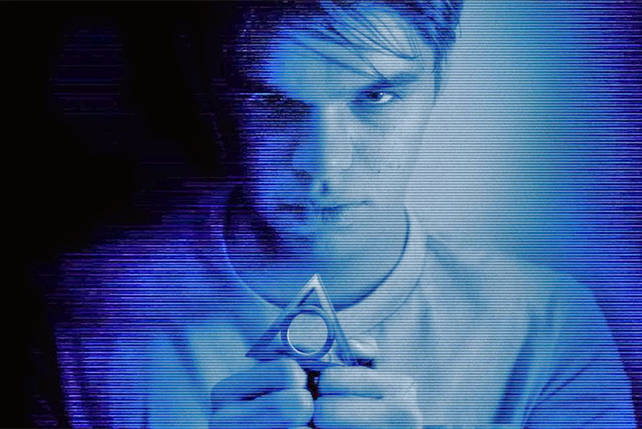 (SPOT.ph) Once in a while, in the bleak corners of mainstream cinema, you will encounter a film series that doesn’t quite show why it has become an actual "series." Yes, the Resident Evils and Scary Movies of the world have left us all wondering why-despite their critical and commercial decline-the filmmakers keep making sequels. And in the case of Christopher Landon’s Paranormal Activity: The Marked Ones, a fresh new setting and some welcoming humor attempt but ultimately fail to invigorate the Paranormal series.

But to say this does not mean that the movie is entirely bad. If anything, it shows a little more effort than the stylistically tone-deaf previous outing, Paranormal Activity 4. It offers a lot of new ground to explore and surprisingly, a couple of effectively humorous scenarios.

In the extremely exhausted sub-genre called "found footage horror," certain clichés have been born (some good, mostly stupid), and this film adapts to these effectively, though  perhaps the better adverb is predictably. And that’s the problem of this remarkable, yet expandable movie-it’s just not that good. 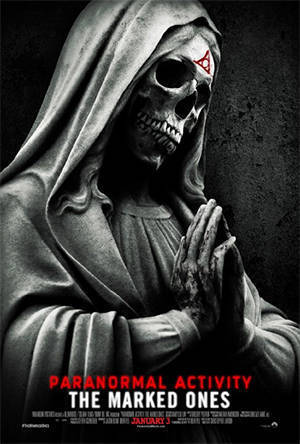 At least the poster is pretty okay

Set in the backwoods town of Oxnard, California, we follow the footage of Jesse (Andrew Jacobs), a young Hispanic high school graduate who lives in an apartment directly above a woman the town suspects to be a Bruja (witch). Things start to turn weird when Jesse and his and best friend Hector (played with natural, off-beat humor by Jorge Diaz) try to invade the privacy of the good ol’ village bruja. Soon enough, Jesse starts acting strange, and his friends become concerned (surprise, surprise). The entire backbone of the story revolves around the protagonist’s imminent entanglement into a hot mess of supernatural clichés and cheap misogynistic scares.

And if you are not a fan of the series or have not seen a single Paranormal movie, the story may appear to be a confusing mishmash of ridiculous circumstances (why must you take the camera everywhere?!) and out-of-place elements (is that a possessed Simon game?). But if you disregard all these cinematic flaws and try not to care so much about the narrative, you will find the film’s cheap shock value surprisingly effective, complemented by its sound use of humor-something that is new in the film franchise. 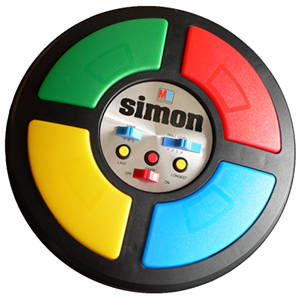 Watch out for an evil version of the old 80s game

There is an attempt to brilliantly close the film by having a meta twist, tying itself together with the rest of the series. This proves that The Marked Ones is not just a thematic companion, and the effort is commendable and will surely produce some deeper, more self-referential dimensions to the series. But without a solidly written story to firmly bring all elements together, the depth will end up lacking bite. Take the movie that re-launched the sub-genre, 1999’s The Blair Witch Project for example. The brilliance of the quasi-mockumentary film is found in its ability to strongly establish elements without the usual cinematic devices such as music and casual camerawork and editing. It did, however, make intelligent use of character placement and narrative pacing to unsettle and scare the viewer. 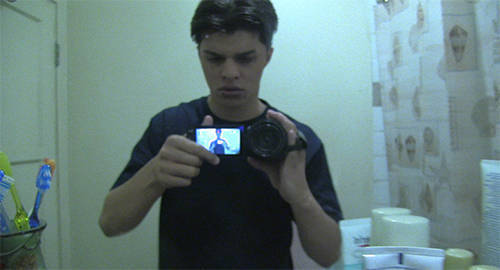 Unfortunately, The Marked Ones does not do any of these things-or maybe perhaps it did try, but ultimately fell short. So if you’re looking for a horror film that can offer some casual screaming here and there, this film may do some good-if you’re bored enough to appreciate it. The fright sequences are catchpenny in every way, but heck, they may jolt you off your seat. The humor is definitely a refreshing take, and the film may actually please some hardcore Paranormal fans. You can just wait for it to come out in DVD-a place where this film franchise might end up in the future, if they choose to make any more sequels. Which they probably will.

And that is a scary, scary thing.

Movie Review Horrormovies Paranormalactivity
Your Guide to Thriving in This Strange New World
Staying
In? What to watch, what to eat, and where to shop from home
OR
Heading
Out? What you need to know to stay safe when heading out