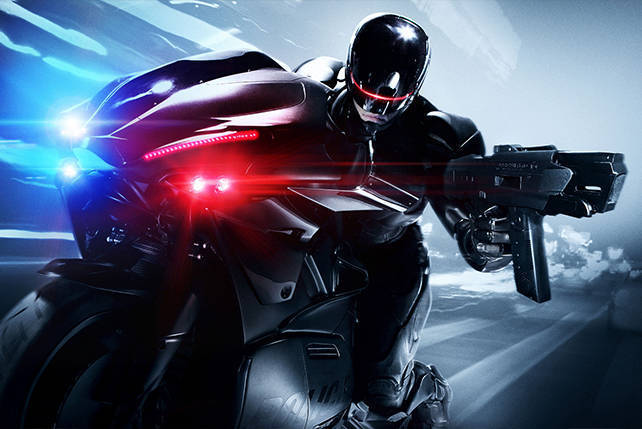 Try not to compare it to the original and it’ll seem pretty good.

(SPOT.ph) Remakes. They tend to horrify purists and make people clamor for originality. Prior to the screening of this movie, the trailer for The Amazing Spider-Man 2 was shown and it leaves us wondering if the reboot was really necessary or if one of our favorite superheroes has become a cashcow for certain people.

Cashcow has a lot to do with RoboCop and we’re not talking about José Padilha making money out of a beloved 80s franchise. The original Paul Verhoeven film was a deep sea of themes from authoritarianism to basic human nature and the remake swims into that-without all the violence.

It’s a smart move from Padilha. The graphic violence in Verhoeven’s version was from his own vision and Padilha wisely deviates from that and walks his own path. The new movie goes inside the suit (we don’t just mean seeing Joel Kinnaman as a head with lungs) and explores what Omnicorp is trying to build (and destroy). The "villanous" CEO, Raymond Sellars (Michael Keaton), won’t strike you as particularly evil. He’s just a businessman, like Steve Jobs, fighting to make his gadget relevant and marketable. He isn’t completely without a soul but his priorities in life seem to be a little screwed. 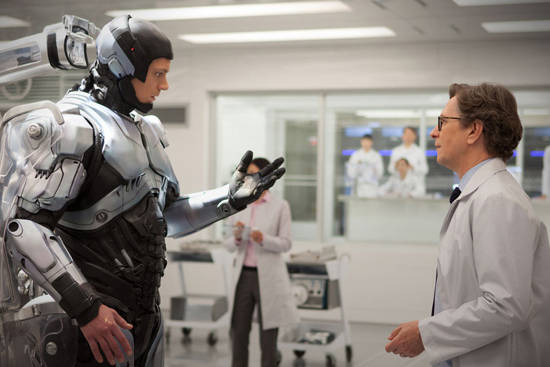 Don’t ask us why he has one human hand. We don’t know.

One thing that this remake has over the original is Gary Oldman, playing the role of the new character Dr. Dennett Norton. Dr. Norton carries much of the conflict in the story as he tries to balance the demands of his employer (Omincorp) and his integrity as a man of science. RoboCop is his creation and he feels responsible for the kind of man Alex Murphy will become as RoboCop.

Despite being the titular character, Kinnaman’s RoboCop is weak. Yes, he has chaotic action sequences with guns blazing but in Padilha’s plot, he moves like a pawn. He’s at the mercy of everyone around him. (Seriously, he drops dead if someone in Omnicorp presses a button.)

The script doesn’t put the RoboCop suit or any advances in technology on a pedestal. Patrick Novak (Samuel L. Jackson) proselytizes for Omnicorp in his "news" program but even a six-year-old child can smell the bullshit coming out of his mouth. 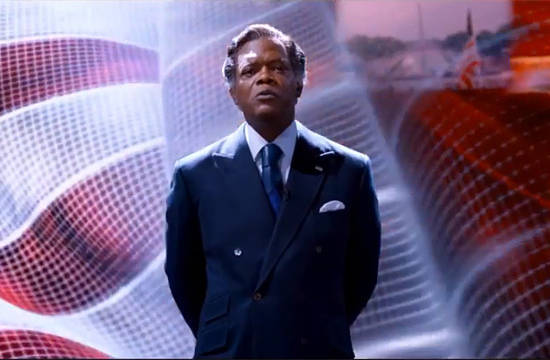 This "diet" treatment of heavy themes is perhaps why the film fails to soar. It opens in Tehran and leaves you in shock but after that, it’s as if you’re in a RoboCop suit, and the elements within the film aren’t hitting you hard enough. It’s a lightweight compared to Verhoeven’s assault on your senses in 1987. Padilha dabbles in the same themes but he never brings out any big guns and if you don’t invest time paying attention to detail (e.g., Dr. Norton’s plea to the Omnicorp board to respect the value of research and the scientific method), the movie will feel bland-more like a pilot for a series than a film with cohesive ideas.

It’s still worth watching-on IMAX even-because it offers something new and it’s distinct from the original. As far as remakes go, this one is pretty good.