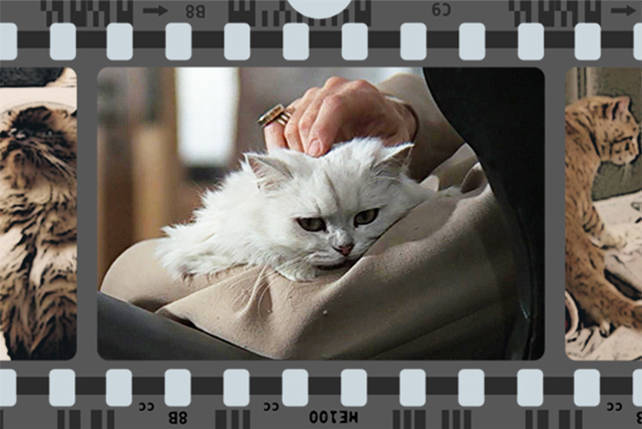 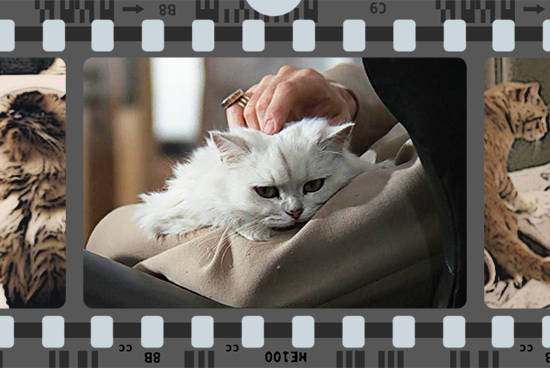 (SPOT.ph) Despite the Internet’s on-going love affair with cats, majority of the population still feel iffy about these sleepy lumps of fur. They have a tendency to appear around witches and villains, giving them a bad reputation, but cats...well, they’re just proud little bastards. There’s a reason why a group of lions is called a pride-and trust us, all cats think they’re that big.

Unlike dogs, human companions need to earn the respect and trust of cats. The good news is that once you get it, they’ll never stop loving you (in their own way, which sometimes includes clawing at your hand...among other body parts). Never pity an old cat lady, they’re going to spend their remaning days surrounded by love. And dirt. From cats.

Here are 10 cats in films that put a spotlight on their better side.

Writer’s Note: All cats are cute. The cats are ranked by their importance in cat cinema history.

10. Hellboy’s Cats (all of them) from The Hellboy Series

This might be because Guillermo del Toro, the director of the films, has a soft spot for cats. However, within the film, it’s hard to miss (and not fall in love) with Hellboy’s kittens. They’re all over the place, minding their own business while keeping the demon company. Yes, kittens can turn the devil into a doting mama. 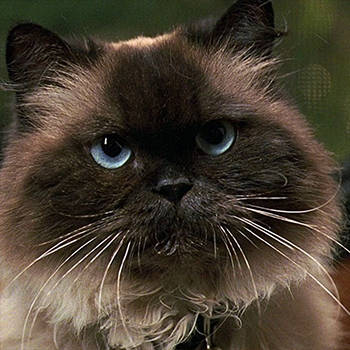 Himalayan (played by Bailey and Misha)

He is adorable and he can use the toilet but aside from that, Mr. Jinx is the only character in the film that feels superior to Jack Byrnes (Robert De Niro). After deeming Jack worthy of his attention, Mr. Jinx showers the grumpy old man with affection. You have to be as manly as Robert De Niro to own a cat. 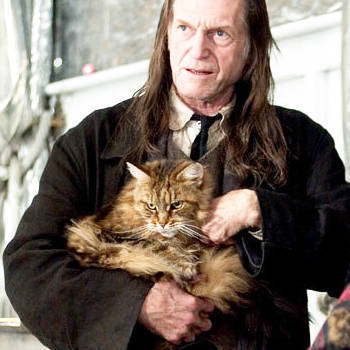 Maine Coon (played by several cats, including Pebbles and Tommy)

Crookshanks is cranky, but Mrs. Norris is a beaut. Sure, she’s with the somewhat villainous Argus Filch, but she represents loyalty. She’s also one of the few characters in the series who has great knowledge of the inner workings of Hogwarts, making her exceptionally smart and extremeley unpleasant to deal with. She’s a little more scrawny in the books but appearances aside, she rivals Hachiko in her faithfulness to her friend (not master).

[Note: J.K. Rowling has gone on record saying that Mrs. Norris is just a regular cat.] 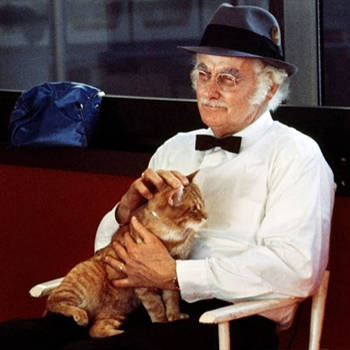 We can speak of Tonto’s character in the critically acclaimed screenplay by Paul Mazursky but the greatest triumph of the film is when Art Carney (Harry) warmed up to Tonto, who, prior to making the movie, said he never liked cats. 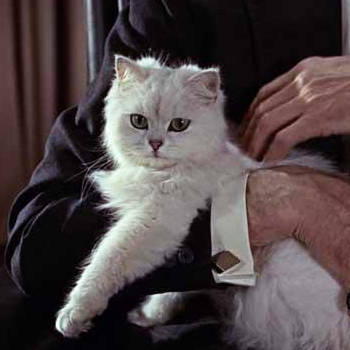 Who doesn’t recognize this cat? Mr. Tinkles of Cats and Dogs (2001) and Snowbell of Stuart Little (1999) are probably direct descendants of this iconic cat of evil. It really doesn’t do much, it just sits on Ernst Stavro Blofeld’s lap. It doesn’t even have a name. The cat deserves to be on the list for burning the image of an evil man with a cat on his lap in our collective consciousness. 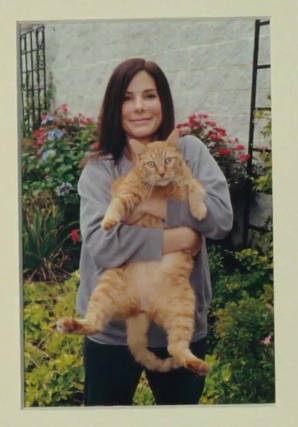 What’s better than a cat? A fat cat. There’s an abundance of red (orange) tabbies in films (another cute one is in the Coen Brothers’ Inside Llewyn Davis) but Pumpkin is special because she’s so damn cuddly. We just want to snuggle with her all day. Even if she resists. Maybe we’ll let go when she starts unsheathing her claws. 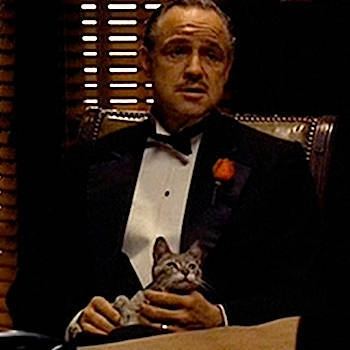 Vito Corleone is going to make you an offer you can’t refuse, and he’s going to do it while cuddling a cute grey kitten. He’s another nameless cat but for a stray that Francis Ford Coppola picked up on the Paramount lot, he’s gone where few kitties have gone before. Immortalized in posters and a necessary accessory in Vito Corleone vinyl figures, this purring feline is a bonafide star. 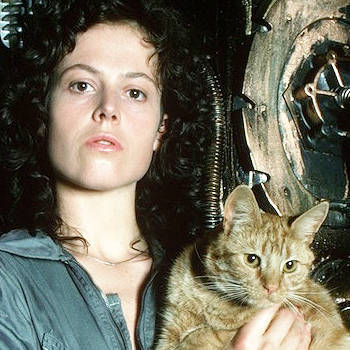 Fondly referred to as Jonesy by his shipmates, he has the honor of being the only other survivor of Nostromo. Not even big bad parasites from outer space can outwit a humble domestic shorthair. There’s the humorous The Cat From Outer Space in 1978  but Jonesy will forever be a badass survivor of a groundbreaking sci-fi adventure. 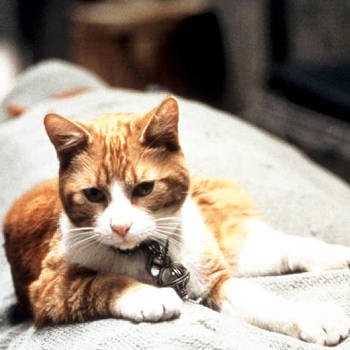 He has a galaxy around his neck. That’s how important this cat is.  We wouldn’t be surprised if cats actually held the key to the universe behind their pretty eyes. It would explain much of their behavior-including why they demand to be treated like royalty. 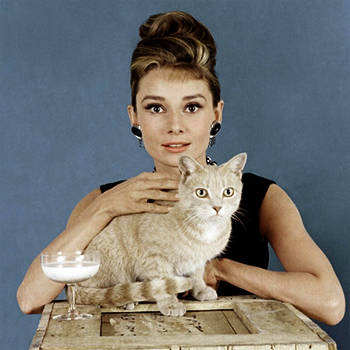 Cat the cat is a legend. He’s not particularly special, just a stray who walked into Holly Golightly’s life, but he understands her the way nobody else does. He loves not by possession but by sticking around when she needs him. Orangey, the primary actor for Cat, is featured in numerous promotional materials for the film and featured prominently in the poster. And why wouldn’t he be? He’s in the final scene, sandwiched between Audrey Hepburn and George Peppard, as they hug it out in the rain.

Keep a cat nearby to ward off the undead! This nameless cat from The Mummy is a quintessential charm against the baddies. However, don’t stare at cats for too long as they are also the gateway to hell (see: Constantine).