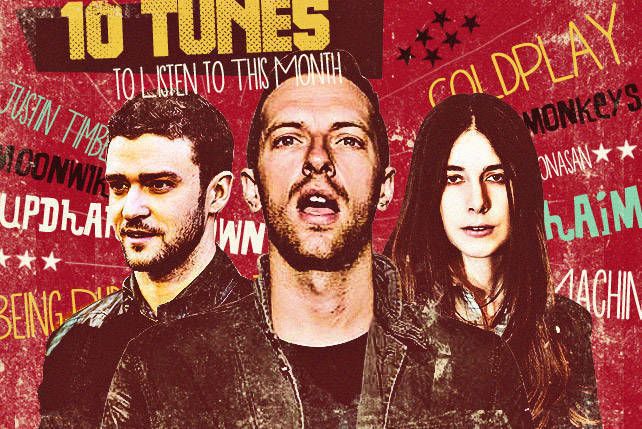 Your summer playlist featuring Coldplay, Haim, Justin Timberlake, Up Dharma Down, and more! 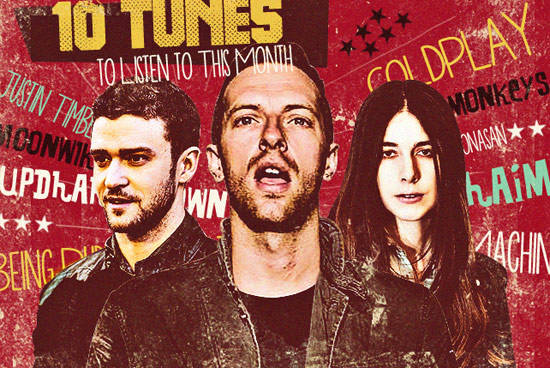 The new single off Coldplay’s forthcoming album is a chill, romantic tune with a more atmospheric vibe. Watch for Chris Martin’s falsetto aided by rich acoustic guitar in the middle of the song. Some say this is a bit different from their usual sound, but we welcome it nonetheless.

Fun fact: Ghost Stories, the band's sixth album, will be out on May 19.

Everyone was pumped when Up Dharma Down released this new, feel-good track. "New World" is an absolute summer anthem with its catchy opening guitar and Armi Millare's sweet-sounding "ooh." The band’s signature electronics take the spotlight, too, in this dance-y ditty.

Song: "If I Could Change Your Mind"

The Haim sisters are out with a new music (and dance) video. In "If I Could Change Your Mind," the girls showcase their dancing skills to accompany their fun, pop-rock sound. Here, Danielle once again takes the lead with her edgy vocals.

"Not a Bad Thing" reminds us of JT’s boy band days, and we're happy about it! The pop-R&B number is easy to sing along to. The simple melodies, clean vocals, and cheesy lyrics make this an LSS-worthy throwback track.

Fun fact: Justin Timberlake is set to headline the V Festival in UK this year along with The Killers.

Moonwlk’s "Paper Heart" is a synth-heavy delight. The sound is unpredictable throughout the song, but it will keep you moving. No part of it is weak, thanks to the intensity of the electronics and vocals.

Arctic Monkey’s latest track from their 2013 album titled AM is big on rock and roll. Frontman Alex Turner croons his way through the lethargic opening verse and picks it up along the way with spunky guitar buildups. Everything explodes toward the end with a short yet massive guitar solo.

Tongue Tied by Kai Honasan from Jason Magbanua on Vimeo

Kai Honasan's sweet and cutesy track is too good not to share. The snaps, claps, and refreshing vocals make this a must in your summer playlist.

Fun fact: Among Kai Honasan’s musical influences are Sara Bareilles, Ingrid Michaelson, Brooke Fraser, Lenka, and Tristan Prettyman. She will be launching her album, In Your Face & Other Songs About Other Faces, on March 22 at B-Side, Makati.

Song: "Simple and Sure"

Artist: The Pains of Being Pure at Heart

The jangly guitars, laidback vocals, and bubbly overall feel of this Pains track are difficult to resist. Falsetto and female harmonies wrap up the song, and they leave you with an itch to press to the replay button.

Fun fact: Their forthcoming album titled Days of Abadon is set to drop on April 22.

There’s an interesting contrast in this track by Rusty Machines. The catchy guitar hooks, jangles, and drums are met with gloomy lyrics. The latter part of the single is a prolonged instrumental worth sticking around for.

New Music Playlist Coldplay Updharmadown
Your Guide to Thriving in This Strange New World
Staying
In? What to watch, what to eat, and where to shop from home
OR
Heading
Out? What you need to know to stay safe when heading out