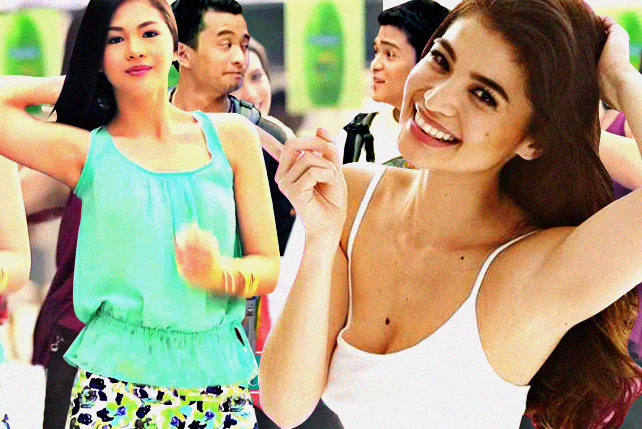 In the words of Anne Curtis: "Squeeze and Squiggle!" 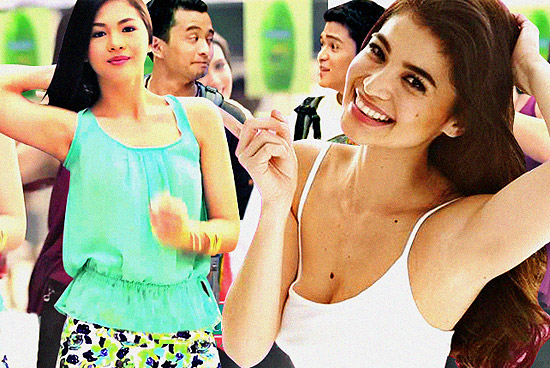 (SPOT.ph) What is catchier than a commercial with a great jingle? A commercial with a great dance number! It's not anything by Mia Michaels or even Douglas Nierras, but these are the moves that reach the people. You know, the ones people dance on the sidewalk and perform during company parties. We listed the 10 most entertaining (read: funniest, silliest, quirkiest) dance moves from television commercials. Shall we say Last Dance Syndrome?

Say you're a lady stranded with a broken-down car on a deserted road when a man comes up to you and suddenly starts dancing while releasing shocks of electricity from his body. How you react is up to you. All we can say is this guy has skillz.

This cute performance hits the LSS and LDS factors ever so effectively. It also has the added bonus of getting three adorable children (Star Circle Kids alumni Sharlene San Pedro, Nash Aguas, and Aaron Junatas) to deliver the message: that the way to enjoy veggies is to serve it as soup.

Sarah Geronimo uses her powerful pipes to emphasize Cherry Mobile's special social networking functions. As if that weren't enough, they also pioneered a move inspired by the Facebook "thumbs up" symbols just so we won't forget. The commercial is usually aired in cinemas.

Between this Kamikazee rendition and the preceding "First Day Funk" by Parokyo ni Edgar, this has much more recall. It's not technically a dance, though they have incorporated the movements in the eponymous movie-musical. In essence, this commercial teaches us five ways to raise our arms-and the stereotypical connotation behind every one of them.

Kudos to Enervon for giving us an energetic dance number that really makes us happy. Now we know that the best way to kill time is to start a flash mob. If we could only show this to the people waiting in line at the MRT North Avenue Station.

At the height of stick-straight hair and chinita twins, this song-and-dance combo was so popular that it started a whole mini-competition on defunct noontime variety program, Magandang Tanghali Bayan. In this advertisement-cum-music video, the JaBoom Twins enter a contest to get noticed-and to showcase their beautiful hair. There's more to the dance than the whole throwing-your-neck-side-to-side-while-flipping-your-hair-forward routine, but it's that move that stuck.

The premise of this other Rejoice commercial is similar to "Sunod sa Galaw" and reflects a bit of Kim Chiu's life, too. The starlet leaves the province to join a dance competition in the big city. She triumphs despite attempts by her competitors to sabotage her perfect hair-and despite the fact that she recycles the Jaboom Twins' patented hair flip. Hold up! Did she just steal Donna Cruz's signature Kapag Tumibok Ang Puso move (0:47) as well?

3. To the left, to the right (Palmolive)

At this point, it has to be said: what is it with shampoo and dancing? Hair-tossing is apparently the hottest dance move since "The Running Man" in the ’80s. Here, Janella Salvador (with Palmolive's Circle of 10) promotes the brand's No Comb Revolution campaign through quirky finger-combing choreography.

You see, when we see fried chicken, our first instinct is to eat it, not dance with it. But to each his own. BonChon's amazing flavors can make you so excited you just have to dance it out. Korean-American choreographer Mike Song even has a step-by-step demo where he's holding two drumsticks as he busts chicken-inspired moves to "From here on, from here on it's BonChon..."

Anne Curtis, pre-box jellyfish encounter, shows us that the way to smooth and white underarms is through dancing enthusiastically in the bathroom after a shower-this is apparently how you evenly spread deodorant across your armpits. The Belo Beauty Deo has a shorter 30-second TVC, but that one comes without the step-by-step dance tutorial.

Commercial Dance Lss Craziest
Your Guide to Thriving in This Strange New World
Staying
In? What to watch, what to eat, and where to shop from home
OR
Heading
Out? What you need to know to stay safe when heading out