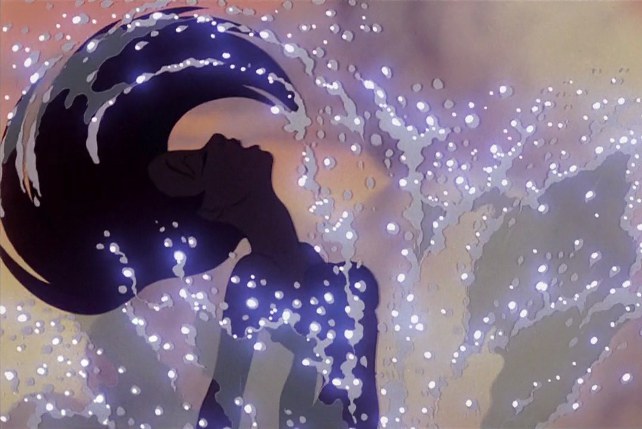 These characters know how to show off their crowning glory.

(SPOT.ph) Imagine this: A woman drives up on her motorcycle. She takes off her helmet and tosses her head back in slow motion. People stop in their tracks, do a double-take or just gape. It’s almost like a shampoo commercial. To pay homage to these memorable hair flip moments, we’ve rounded up a list that’s guaranteed to give you a bad case of hair envy.

From Cher’s cute, color-coordinated outfits to young Paul Rudd, it’s impossible not to love Clueless. We especially loved her hair, which always seemed to be perfectly in place no matter how many times she flipped it to impress a boy.

9. Scarlett Johansson in The Avengers

Long or short, the Black Widow’s red hair is something to behold. Johansson perfectly nails the hair flip, even while she kicks butt and strikes a super heroic pose.

Sure, maybe we watched Mr. and Mrs. Smith to witness Angelina Jolie and Brad Pitt’s chemistry, but the part where she went undercover as a prostitute gets a mention just for how amazing she looked.

7. "Wyldstyle/Lucy" in The Lego Movie

Emmet, an ordinary Lego construction worker, was just on his way home when he saw Wyldstyle from afar. Okay, so it’s more of a hair swivel but it had romantic music, golden beams of light, and the obligatory slow motion effect. We think it counts.

If you thought this list would only include female characters, think again. Prince Charming’s flowing, golden hair was just too glorious to ignore. By the way, he looks exactly like Jaime Lannister from Game of Thrones.

The film adaptation of the TV series gets two spots on our list, thanks to the scene where Natalie (Cameron Diaz) flips her hair to attract the attention of a guy. As Lucy Liu so poignantly said, "Flip your. God. Damn. Hair."

"Gilda, are you decent?" One of the most famous hair flipping scenes is from the 1946 movie Gilda, where the titular character flips her hair back in response. This iconic scene cemented actress Rita Hayworth as a pin-up girl and sex symbol in the ’40s. The scene also appeared in the film The Shawshank Redemption where it was wildly popular with the incarcerated men.

It was less than 10 minutes into the action-packed movie when Lucy Liu jumped off a helicopter, successfully prevented a plane bombing, and landed on a speeding motorboat. She capped off the memorable moment when she took off her helmet and let her hair fly-in slow motion, of course.

There were plenty of hilarious scenes in White Chicks, but the scene where "Tiffany Wilson" made her first appearance with a hair flip deserves a spot on our list. It may not have been effective, but it’s definitely memorable. Let’s be honest, this has probably happened to you, too.

1. "Ariel" in The Little Mermaid

It’s the moment that was reenacted in every beach, pool, and any sizeable body of water since The Little Mermaid came out in 1989. Results may vary.

Hairflip Clueless Gilda Charlie’sangels Whitechicks Thelittlemermaid Shrek2 Theavengers Mrandmrssmith Thelegomovie Movies
Your Guide to Thriving in This Strange New World
Staying
In? What to watch, what to eat, and where to shop from home
OR
Heading
Out? What you need to know to stay safe when heading out