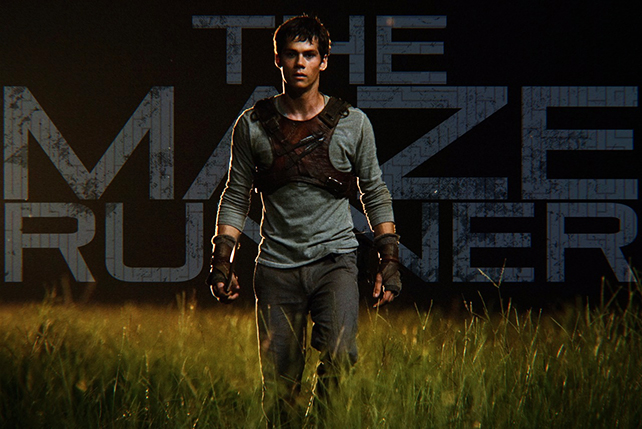 (SPOT.ph) A comparison with The Hunger Games is unavoidable, just as Katniss’ dystopia was inevitably compared to that of the kids in Battle Royale...and just as those kids borrowed a few things from The Lord of the Flies. Fortunately, The Maze Runner doesn’t waste your time. It sets itself apart by giving you a working knowledge of its world less than fifteen minutes into the film.

We’re quickly introduced to the main character Greeny/Thomas (Dylan O’Brien), who wakes up in a glade (called The Glades) with his personal memories erased. He doesn’t know who he is, but at least he remembers how to talk and, as the title suggests, run.

Fortunately, Thomas’ dystopia does not involve kids killing other kids (yet). The boys of The Glades are surprisingly helpful, to him and to the audience. They explain everything to the inquisitive newbie, such as the fact that they’re trapped in this green square, surrounded by a maze made dangerous by creatures called Grievers. Spooky sounds come from beyond the wall at night. They banish a "glader" gone crazy into said maze just to prove its frightening nature...while also vaguely revering "runners" who brave it because freedom lies somewhere in its borders. 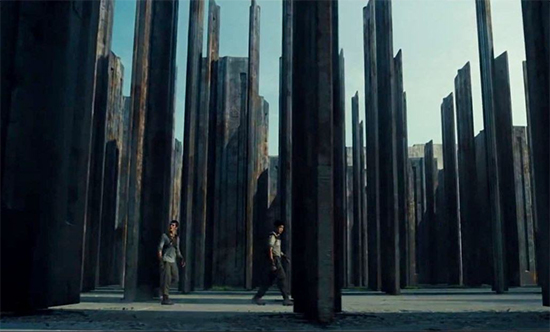 The Blades in The Maze. There’s an excessive use of determiners in the movie.

For the casual viewer, the movie offers an exciting action sequence between the lead character and a Griever (a monstrous amalgam of a tick and a mechanical spider) plus the thrill of figuring out why these kids are in The Glades in the first place. Of course, there’s a certain predictability to the answer and it may not be particularly rewarding.

We know from history that civilizations fall, be it because of a natural catastrophe, the megalomania of man, or a zombie outbreak. The latter, admittedly, has not happened yet. Still, the obstinate fascination for post-apocalypse scenarios is nothing more than a way to prepare for a future that doesn’t seem far-fetched. Great writers capitalize on this captivation to reveal something about the present. 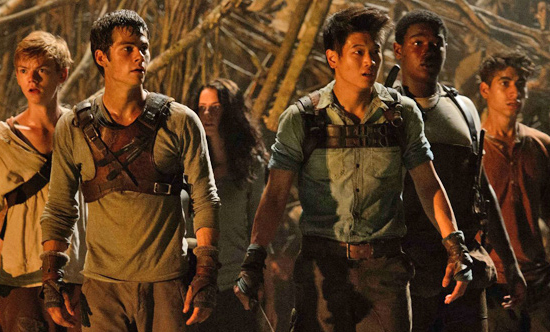 The Boys of The Glades

As a film, The Maze Runner surpasses its contemporaries by preserving the best parts of the book-the characters and their personalities. Thomas is an exceptionally good hero from the Young Adult genre, simply because he is curious. He audaciously thinks for himself from the start. He displays no apprehensions about being informed-a trait that isn’t particularly useful if you want to be liked.

Shades of George Orwell can be seen in the film, strongest perhaps in the passivity of the rest of the boys of The Glade. It is apparent from Thomas’ first run in the maze that it’s not as scary as the other boys make it out to be. Frightening as the Grievers are, Thomas manages to outwit one with relative ease. Either he’s particularly clever...or the other boys just aren’t as eager to leave The Glade.

The leader, Alby (Aml Ameen), speaks fondly of their wee little paradise. His second-in-command, Newt (Thomas Brodie-Sangster), echoes his sentiments and as things start to unravel, an assertive glader (Gally, Will Poulter) fights to defend their way of life. He no longer sees The Glades as a prison...and that’s more disturbing than the man-eating tick-spider hybrid.

This isn’t really hammered into your head, though. One can simply interpret the elements on-screen in this manner. Allowing the audience to think for themselves is a sign that a story is pretty good.

The Maze Runner is currently showing in theaters.