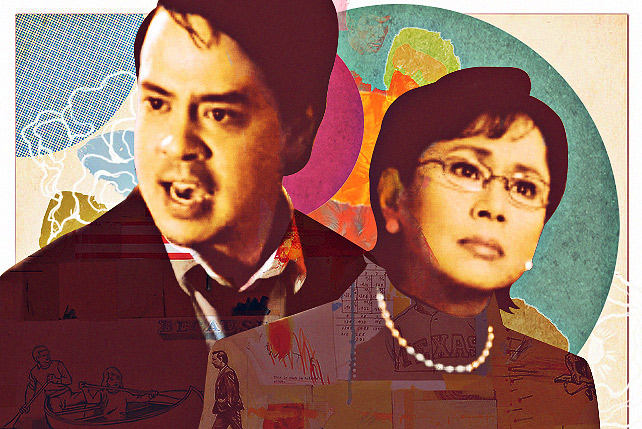 The best catfights and shocking one-liners in Filipino movies. 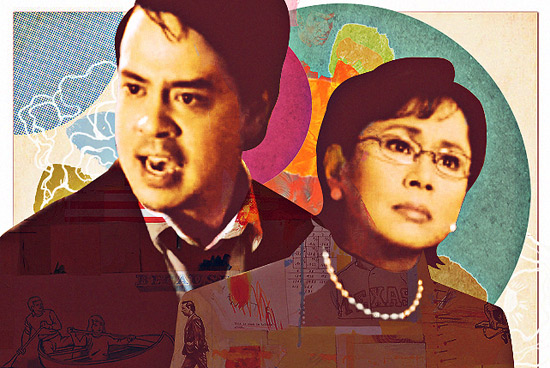 (SPOT.ph) A typical showdown in a Filipino movie has the usual elements: threats, hair-pulling, physical assault, and a lot of screaming. A good showdown, however, takes the chaos to the next level, sometimes with a creative script ("You’re nothing but a second-rate, trying hard copycat!") or even more creative use of props. We rounded up 10 memorable scenes that had us in tears, in shock, or just really entertained.

Share your favorite Pinoy movie showdown in the comments section below.

10. John Lloyd Cruz vs. Vilma Santos in In My Life

It’s almost hard to win a showdown when you’re up against the likes of Vilma Santos, but John Lloyd Cruz really hits this one out of the ballpark. Vilma plays a mother who struggles to accept her son’s sexuality, resulting in an epic confrontation with her son’s boyfriend (played by John Lloyd). It is here that he shouts, "Hindi mo siya pag-aari! At hindi lang ikaw ang may karapatang magmahal sa kanya!" Gasp.

9. Angelica Panganiban vs. Angel Locsin in One More Try

What is a showdown roundup without a good hair-pulling scene? Angelica Panganiban practically scalping a supposedly pregnant Angel Locsin in a parking lot had us reaching for our own roots in fear. Don’t even get us started on those face slaps.

If you thought this list would be limited to just physical fighting, think again. We couldn’t possibly discount the musical showdown in Lino Brocka’s 1987 film Pasan Ko Ang Daigdig. Sharon Cuneta plays Lupe Velez, a woman born into poverty but with dreams of a better life. She and Ruffy (Marilen Martinez) battle it out in a singing performance, but not before Ruffy grandly announces, "Maestro, music! Gusto mong mag-iskandalo ako dito ha? Music!"

It’s the tried-and-tested story of rags-to-riches. The love story between Nora Aunor and Tirso Cruz III’s characters spans decades from their childhood in the province to their twilight years in the big city. Their relationship is so stormy that it results in a confrontation with quintessential showdown phrases like "hampaslupa," "lumayas ka," and the elevated "milyonaryong hampaslupa" because hey, they have money now.

Lino Brocka’s 1976 film Insiang will stay with audiences for a long time, thanks to its compelling story and the unforgettable scene between Tonya (Mona Lisa) and her daughter, Insiang (Hilda Koronel). Armed with a hot iron, Insiang taunts her mother for having slept with the latter’s much-younger boyfriend. Fun fact: This was the first Filipino film to show at the Cannes Film Festival.

If there’s anything we learned from Madrasta, it’s that it’s really hard to be a stepmother in Christopher de Leon’s household. There were plenty of memorable showdown scenes between the two leads (it’s a very tumultuous marriage), but Sharon Cuneta begging and demanding her husband to fight back really takes the cake.

Nora Aunor portrays Yolly, whose brother Efren (Dan Alvaro) works as a hired hitman for a ruthless money launderer, Connie (Gloria Romero). Things escalate with a bit of murder, double-crossing, and $500,000 gone missing. In its last few minutes, Yolly confronts Connie with the missing cash. Connie pretends the money is fake so Yolly starts to burn them...one $100 bill at a time. It’s a thrilling final scene, but it’s painful, too-if you think about all the money she wasted just to get a reaction.

We could’ve included other adultery-themed films with similar confrontation scenes, but nothing really tops Minsan Lang Kita Iibigin (not to be confused with the Coco Martin teleserye of the same name). This movie cements its place on our list for Maricel Soriano’s terrifying knife-brandishing and the line, "Are you f*cking my husband?" To which Zsa Zsa Padilla replies, "Minsan!" Hard-hitting stuff.

It’s the scene that broke the hearts of mothers, children, and OFWs alike. Yes, you know that scene, where you suddenly find your vision blurring with tears. Are you feeling emotional just thinking about it? We understand. Go on, go hug your mom now. Tell her you appreciate everything she does.

1. Jaclyn Jose vs. Jackie Lou Blanco in A Secret Affair

There’s really no contest. Jaclyn Jose and Jackie Lou Blanco tops our list for the most creative, outrageous, and out-of-the-box showdown scene in recent movie history. Hit "play" on the video above. You won’t be disappointed.