The Oscar race is on. Which movies are award-worthy? 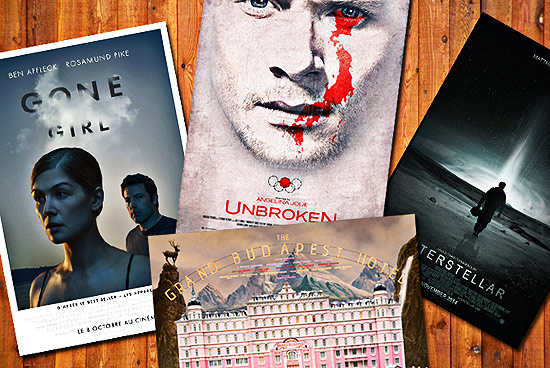 (SPOT.ph) Yes, we know the Academy Awards won’t be for another five months, but a lasting impact is a sign of a film’s success during awards season. Can a movie sustain its momentum until the finish line? Is it memorable enough to stay on voters’ minds until the big night? We listed some movies that already have the critics buzzing. This early in the race, however, it could still be anyone’s game.

It’s an epic coming-of-age story in the most literal sense. Richard Linklater’s Boyhood follows a boy from his childhood to his first day of college. What sets this ambitious movie apart from the usual coming-of-age fare is that it was filmed with the same cast over the span of 12 years. Linklater filmed scenes every year to capture the struggles of growing up and the changing relationship between a child and his parents.

Critics are raving nonstop about David Fincher’s newest thriller Gone Girl. The script is also penned by Gillian Flynn, the author of the bestselling novel of the same name. Ben Affleck plays Nick Dunne, who is caught in a media firestorm after his wife (Rosamund Pike) mysteriously disappears, and he is the prime suspect.  Pike has been compared to that of a "Hitchcock blonde beauty" and her performance as the fascinating Amy Dunne is "revelatory" and charismatic.

One look at the cast of Foxcatcher, and you might wonder if this is the right movie. Steve Carrell and Channing Tatum leading a serious Oscar contender? It could happen. The film tells the story of millionaire John du Pont (Carrell) and his troubling relationship with two Olympic wrestlers (Tatum and Mark Ruffalo). It has an Oscar-winning formula: A "based on a true story" tag, unconventional stars (think Matthew McConaughey for last year’s Dallas Buyers Club), and Carrell’s prosthetic nose.

The Theory of Everything

The latest flick from director Alejandro González Iñárritu (Babel) is a dark comedy that follows an actor known for playing the titular superhero as he tries to jumpstart his career...on Broadway. The casting is pretty clever; it stars Michael Keaton, whom we all know played another superhero, Batman. Zach Galifianakis and Edward Norton also star in the movie that has already been dubbed a "triumph on every level."

Here’s another real-life genius portrayed by an English actor. Benedict Cumberbatch’s performance as Alan Turing, the famous World War II code breaker, is already earning a lot of praise. His co-star Keira Knightley is also one to look out for. Sentimental biopics ring loud and true for Academy voters, and The Imitation Game has this element in spades.

April 1945: An army sergeant commands a Sherman tank and a five-man crew on a deadly mission behind enemy lines. Topbilling this World War II period drama is Brad Pitt, but all eyes are also on young actor Logan Lerman for a potential nod in the Best Supporting Actor category.

Angelina Jolie’s directorial debut in 2011 earned somewhat muted praise, but her work behind the camera for Unbroken has people talking. The story is based on the life of Louis Zamperini, an Olympic athlete who was imprisoned by Japanese forces during World War II. Jolie is also backed by a stellar team, as the script is written by the Coen brothers, and features the likes of Jack O’Connell and Domhnall Gleeson.

Looking to match Gravity’s success last year is director Christopher Nolan. His space odyssey seems to be just as large, ambitious, and gripping. The movie stars Oscar winners Matthew McConaughey and Anne Hathaway who play astronauts on a mission to save the world.

Wes Anderson’s latest flick is a beautifully shot reminder of the fact that he is a master of intricate world-building and dark storytelling. Ralph Fiennes is brilliant as the legendary hotel concierge Gustav H., whose wild adventures take viewers to the fictional Republic of Zubrowka. Gustav is aided by Zero Moustafa (Anthony Quinonez), the lobby boy who becomes his most trusted and reliable friend. Critics had nothing but high praise for the film, but its early release in the first half of the year could be its weak spot.

A Most Violent Year

It may be late into the gate with its 2015 release, but this last-minute entry could be a strong contender. The crime drama is set in New York City in 1981 and focuses on the lives of an immigrant (Oscar Isaac) and his family, caught in the middle of the city’s chaos and rampant violence. The film also stars Jessica Chastain.

This is one of those films that is expected to wow audiences and critics alike, even if no one has actually set eyes on it yet. We can’t really blame them; Paul Thomas Anderson directs the film that stars powerhouses like Joaquin Phoenix, Reese Witherspoon, and Josh Brolin.