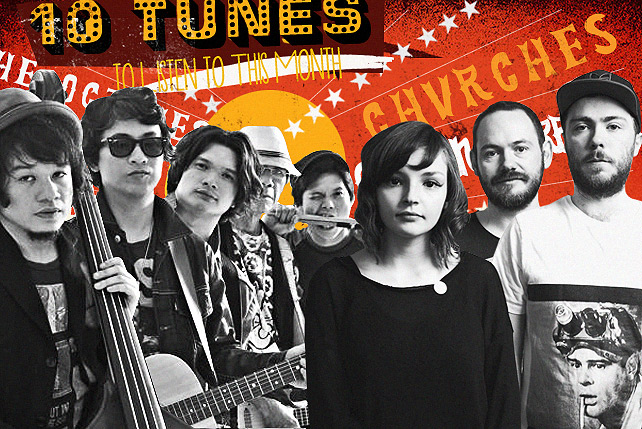 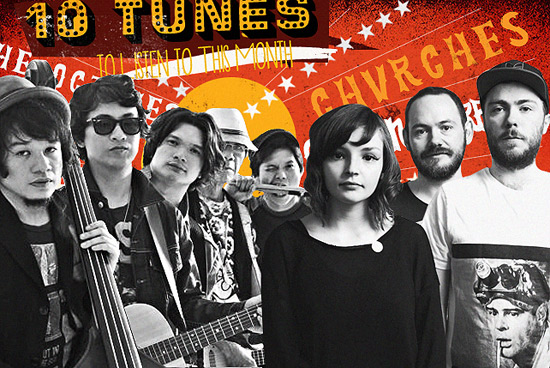 (SPOT.ph) The year is coming to a close, but artists are not holding back on their releases. This November, our playlist suggestions include Chvrches’ contribution to The Hunger Games soundtrack, OK Go’s catchy ditty with a fun video to boot, Haim and Calvin Harris’ club anthem collab, Bondax’s futuristic garage tune, and Oh Land’s radio-friendly single. Our local showcase features the latest from The Oktaves, Encounters With a Yeti featuring Signs of Light in the Atmosphere and The Ringmaster, similarobjects, Sinyma, and TheSunManager. Happy listening!

Scottish electronic band Chvrches just shared their contribution to The Hunger Games: Mockingjay, Part 1 soundtrack. "Dead Air" sounds every bit Chvrches-synth-driven and held together by Lauren Mayberry’s distinct vocals. The track is one of the Lorde-approved singles for the movie’s soundtrack.

Fun fact: Chvrches will be performing at the Samsung Hall in SM Aura Premier, Taguig City on November 26.

The Oktaves just released a sexy music video for their new single, "Ikot." The music, much like the video, is a tease. The overall sound, although playful and seductive, hides rather depressing thoughts about love.

Fun fact: The music video for the track, starring Ellen Adarna, was directed by Ely Buendia.

The American alternative rock band has been known for their viral music videos. For their latest release, the men of OK Go ride self-balancing robot scooters while keeping up with one grand choreography. The single itself is delightful and catchy-a feel-good track apt for the coming holidays.

Artist: Encounters With a Yeti featuring Signs of Light in the Atmosphere and The Ringmaster

Beautiful. Poignant. Moving. Nostalgic. These words, albeit not enough, describe "Let’s Go Travel Like Sparrows," an ode to love by Terno band Encounters With a Yeti. With piercing melodies, the track will take you on a trip down memory lane to reminisce about the different loves of your life.

Fun fact: The band describes their sound as "acousmatic."

The Haim sisters team up with top DJ Calvin Harris to produce "Pray to God," a synth-heavy club ditty with added spunk thanks to Danielle Haim’s vocals. The single comes after other collaborations with artists such as Stevie Nicks, Kid Cudi, A$AP Ferg, and Mumford & Sons.

Through "Pupa," similarobjects illustrates the process of change, growth, evolution-however you’d like to call it. The track starts subtle yet strong, and then escalates to form layers and layers of electro sounds that make a genre that’s uniquely his own.

Fun fact: similarobjects is Jorge Juan B. Wieneke V.  His "monicker was born out of the idea of a Russian nesting doll which exhibits the ’similarobject within similarobject’ phenomena." (sic)

The Bondax duo is out with another futuristic garage tune, perfect for your house or pool parties this holiday season. "Something Good" is definitely, well, good. Layers of electro beats are balanced with cool vocals. We can’t help but wish it would run longer.

Local act Sinyma proves Filipino talent can compete with international garage and house artists. "About It" is a straight-up and fresh club anthem that can make you move without the need to go over the top.

The clean vocals, soothing guitars, and careful arrangement in "In Darkness" will take you to places and ease your mind. The buildup in sound might somehow remind you of Mumford & Sons, but TheSunManager adds a more delicate touch.

Fun fact: TheSunManager is April Hernandez, who will be launching her EP this November.

Playlists Freshtunes Newmusic
Your Guide to Thriving in This Strange New World
Staying
In? What to watch, what to eat, and where to shop from home
OR
Heading
Out? What you need to know to stay safe when heading out