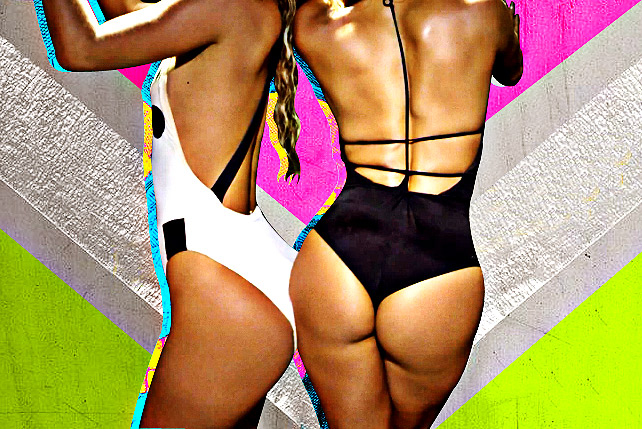 Butts were all the rage this year. 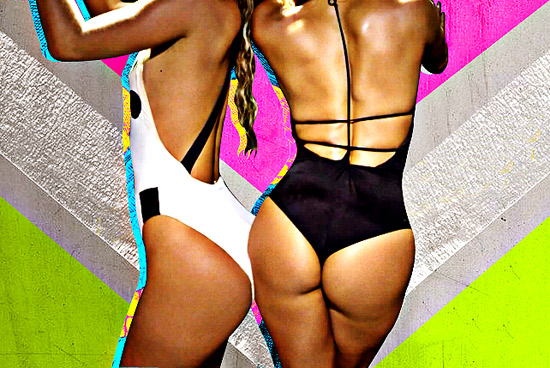 (SPOT.ph) Music comes in all forms but when it comes to butts, the general consensus is that bigger is always better. There have been plenty of booty anthems over the years, but it’s safe to say that 2014 was the year of butts. Just ask Nicki Minaj and Kim Kardashian, who proudly showed off their goods not too long ago. As the year (almost) comes to a close, we pay homage to 10 catchy songs that celebrate amazing behinds.

10. "All About That Bass" by Meghan Trainor

We kick off our list with the debut single from recording artist Meghan Trainor, which was positively received by many because of its catchy beat and body positive lyrics. She sang about "bringing booty back" and loving your curves-all set to a thumping bass, of course.

Back in the ’90s when cheesy music videos and stock footage of the weather were all the rage, a much-younger Pharrell had a hand in writing this butt-shaking masterpiece. The best part? The song makes use of a saxophone sample because, well, some part of this song has to be a little bit classy.

Also known as "Shake It Fast," the song received heavy airplay and charted on notable lists including the Billboard Hot 100. Since its release in 2000, the track has been featured in numerous films, TV shows, and even video games. Our personal favorite is the piano scene in Scary Movie 2.

There are almost as many voices in this song as there are repetitions of the words "bubble butt." Electronic music project Major Lazer collaborated with Bruno Mars, Tyga, and Mystic Davis to produce this dance chart-topper in 2013.

JLo’s original version of the track featured Pitbull in the guest spot, but she later paired up with Australian rapper Iggy Azalea, who is also pretty famous for her backside. The two also released a booty-ful music video to accompany the official remix, much to the delight of fans.

Sisqo’s infectious and Grammy-nominated R&B salute to his favorite form of undergarment captivated listeners everywhere when the track first hit the airwaves in 2000. Apparently, people just couldn’t get enough of him singing about girls with "dumps like a truck."

In 2001, Destiny’s Child asked the immortal and all-important question: are we ready for their jelly? It turns out that we all were, with the song topping the charts worldwide. They even managed to get the word "bootylicious" added to the Oxford English Dictionary in 2004.

No booty-themed song roundup would be complete without Nicki Minaj’s majestic track (and viral music video). It also sampled and paid homage to a very famous backside anthem that you’ll see in a little bit. (Nicki also gives a fascinating lecture on anaconda pythons in this parody video from College Humor.)

Don’t lie, you joined in every time you heard Fergie singing about her lovely lumps, too.

Here it is, the king of all booty anthems. It’s been over 10 years since the song was first released but chances are, you still know at least some of the lyrics. Nicki Minaj may have breathed new life into the song, but nothing really beats a classic.

Music Booty Lss
Your Guide to Thriving in This Strange New World
Staying
In? What to watch, what to eat, and where to shop from home
OR
Heading
Out? What you need to know to stay safe when heading out