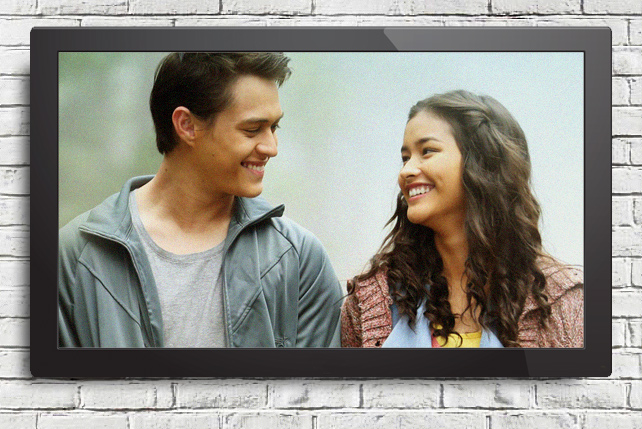 From a historical miniseries to reliable melodrama, which teleseryes stood out this year? 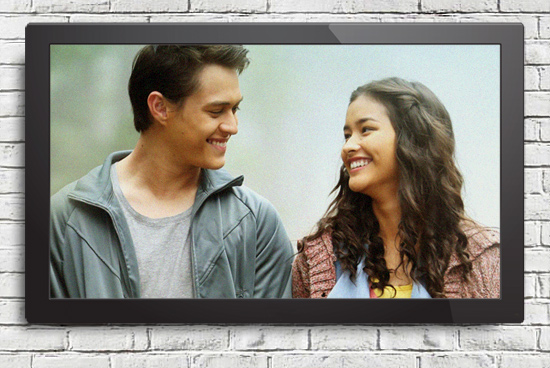 (SPOT.ph) There’s a simple formula to Filipino TV shows. Your program must be entertaining, regardless of how you do it. Amnesia? Check! Physical flaw that’s somehow magically fixed? Double check! This year, however, we’ve seen a lineup of programs that have either stepped out of the box, or took the formula and made it work to its advantage. We’re not saying these 10 TV programs are completely devoid of clichés, but they still managed to catch (and keep) our attention this year.

Note: Only programs that debuted in 2014 were considered for this list.

Not to be mistaken with the Jericho Rosales and Kristine Hermosa hit movie of the same name, but we promise it’s just as riveting. This rom-com TV series follows the story of Xander (Enrique Gil), the rebellious son of a hotel magnate, and Agnes (Liza Soberano), the hardworking daughter of a strawberry farmer in Benguet. Directed by Cathy Garcia-Molina, the show has just the right amount of lighthearted laughs, must-watch drama, and amusing bickering between the two protagonists. The concept of first love against all odds is nothing new, but this teleserye hits all the right notes.

GMA 7 is no stranger to out-of-the-box programming, having done shows like Katipunan, Titser, Genesis, and Encantadia. This year, they ventured into what they dub "bayaniserye" with Ilustrado. Their new historical miniseries is a more human take on Jose Rizal (Alden Richards), from his childhood to his days in Europe. Along the way, we encounter some very familiar names from Rizal’s story, including Leonor Rivera (Kylie Padilla), Nellie Boustead (Solenn Heussaff), and Teodora Alonso (Eula Valdez).

TV5’s ambitious primetime comedy series follows Rocky Ponciano (Alwyn Uytingco), a young man with a natural gift for boxing. He gets his talent from his father Max (Christian Vasquez), a former boxing champion with a doomed career. Rocky takes it upon himself to restore his family glory. Oh, and he also happens to be gay. The show is loosely based on the Thai biographical film, Beautiful Boxer.

If the sight of Paulo Avelino and chocolates didn’t already have viewers glued to their screens, Bea Alonzo playing different characters sure did. She portrays Rose, the teleserye-ugly but wealthy heir to a chocolate manufacturing company who falls for Patrick (Avelino), a talented chocolatier with a hidden agenda (he eventually falls in love with her, of course). Things get complicated when Rose is convicted for her father’s death. She then hires a career-driven lawyer named Emmanuelle (Alonzo) to help her, only they both get into a car explosion. Rose survives, takes on the identity of her lawyer, and hatches a plot of revenge against the people who have wronged her.

The admittedly convoluted plot might sound familiar, but it’s really the acting of Bea (and to an extent, Maricar Reyes as her evil stepsister, Sasha) that carries the whole thing. Oh, and chocolate. Lots and lots of chocolate.

For a topic that is so sensitive, we sure love infidelity plots. The Legal Wife, which took the country by storm early in the year, has the concept down to a tee. Angel Locsin made a primetime TV comeback with her role as Monica, the "legal" wife in this scenario. Her marriage with Adrian (Jericho Rosales) is tested when he meets Nicole (Maja Salvador), who also happens to be Monica’s best friend. The series did not lack in screaming, hair pulling, face slapping, and even shoe throwing-mesmerizing melodrama at its finest-all rooted in the story of a woman who would do everything to keep her family together.

Medical dramas may be tried-and-tested fare for plenty of international shows, but it’s a new concept on our shores. Gab (Bela Padilla) is a neophyte physician who unearths corruption in Melchora Aquino General Hospital. It is here that she also meets Dennis (Dennis Trillo), the strict but unorthodox head resident. Love story aside, Sa Puso ni Dok isn’t ashamed to portray the sad state of health care and public hospitals, from lack of basic medical equipment to sick children lying on cardboard strewn in the hospital’s hallways.

Jennylyn Mercado deserves props for this teleserye where she plays a woman with three different personalities. After Rhodora (Mercado) experiences a series of extremely traumatic events at a young age, she unconsciously creates an alter-ego that is the extreme opposite of her usual kind and gentle self. The result is Roxanne, a ruthless femme fatale who serves as Rhodora’s protector. Rowena emerges later on as a child-like character that stems from Rhodora’s lack of a childhood.

Gin (Piolo Pascual) is a down-on-his-luck musician who ends up being the guardian of three orphaned children. He juggles his personal struggles with his newfound role as a foster parent. Along the way, he meets Bianca (Iza Calzado), a lawyer who aids him in raising his kids. Some have criticized the show for the mature dialogue given to the child actors, but hey, it tackles universal themes like family, parenthood, and adoption. That gives it plenty of plus points in our book.

A tale of star-crossed lovers who hail from different backgrounds is nothing new. Ikaw Lamang, however, takes the concept and stretches it over several decades (from the ’60s all the way to 2005) and between two books. The show’s consistency as it progressed is debatable, but there’s no ignoring the solid supporting cast that includes Cherie Gil, Angel Aquino, Tirso Cruz III, Joel Torre, Christopher de Leon, and Mylene Dizon.

Millet (Maricel Soriano) sets aside her flourishing career as an educator to become a doting wife and mother to her son with ADHD. Ten years into their marriage, her husband Anthony (Dingdong Dantes) meets the free-spirited Shiela (Lovi Poe)...and you can figure out the rest. The comparisons to The Legal Wife are unavoidable (they’re both infidelity-centric, what can you do?), but its take on the popular trope was noticeably more tempered. Soriano has been praised for her realistic and grounded portrayal of scorned wife Millet, who does not resort to the conventional catfight. Instead, she cracks little by little as her marriage falls apart. Still, the show had plenty of biting one-liners because hey, it’s still a teleserye after all.

News Features Entertainment Recap 10thingsyoumighthavemissed Tv Shows Teleseryes Forevermore Ilustrado Bekiboxer Sanabukaspaangkahapon Thelegalwife Sapusonidok Rhodorax Hawakkamay Ikawlamang Angdalawangmrsreal
Your Guide to Thriving in This Strange New World
Staying
In? What to watch, what to eat, and where to shop from home
OR
Heading
Out? What you need to know to stay safe when heading out