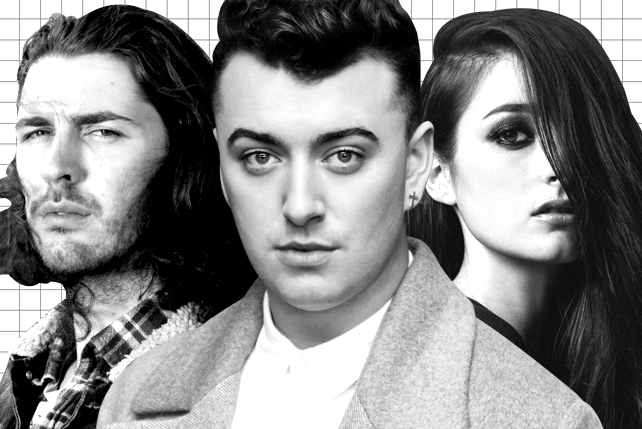 New faces and voices that dominated the airwaves 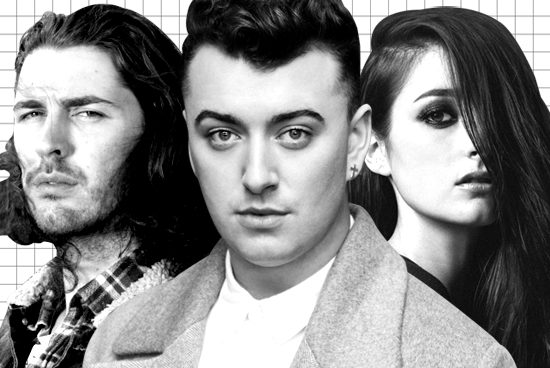 (SPOT.ph) It’s been a really good year for music. We’ve seen and heard some familiar favorites, and then there were names that might not have been as recognizable but we grew to love, anyway. We’ve rounded up 10 artists who burst into the scene and suddenly, the airwaves. Share your favorites in the comments section below!

Prior to making it big and performing in this year’s Victoria’s Secret Fashion Show, Hozier was already making a name for himself in his native Ireland. His first single "Take Me to Church" catapulted him into the spotlight (and into Spotify’s 2014 list of Breakout Stars), and judging from all the praise he’s been getting, it looks like he’s going to be there for a very long time.

Internet sensation Banks is more than just a mysterious name and pretty face. Her sultry, electronic R&B music has been compared to fellow Internet darling Lana Del Rey, but we like to think her music is more along the lines of The Weeknd. She scored a hit with her track, "This is What It Feels Like" but her album Goddess has plenty of gems, too.

Disclosure may have put Sam Smith on the map, but this British crooner has proven that he’s here to stay. With his soulful voice and heartfelt lyrics, "Stay With Me" became one of the biggest hits of the year, launching his album into the best-selling charts alongside heavyweights like Taylor Swift and Ariana Grande. He also nabbed a good number of Grammy nominations and he’s going to be visiting our shores very soon. Hooray for heartache!

We admit that Bastille’s status as a "breakout artist" might be debatable. Some will say that 2013 was this year, others will argue that 2014 is the year they truly made their mark. Whichever way you look at it, there’s no denying that there’s nowhere but up for this band. This year, Bastille was nominated at the Grammys for Best New Artist (among many other notable nods and awards) and contributed to BBC Radio 1’s Drive rescore. They are still on tour and they’ll be dropping by Manila early next year.

You might know Chvrches for their stunning covers of famous tracks from artists like Lorde, Arctic Monkeys, and even Whitney Houston. The Scottish electro-pop group has been making waves since the release of their hit "The Mother We Share" and just to add to their already lengthy résumé, they were part of VH1’s lineup of 11 breakout artists and the Drive rescore.

Alt-pop band Echosmith joins the ranks of breakout artists for 2014 with their runaway hit, "Cool Kids." This sibling quartet has gained a loyal following with dance-y and breezy anthems that are almost impossible to stop singing to.

You might recognize her from rapper Iggy Azalea’s charting track, "Fancy" but 22-year-old Charli XCX has more to offer than just singing the catchy hook. She smashed into the charts with her track "Boom Clap" and made her way into The Hunger Games: Mockingjay, Part 1 soundtrack. It turns out this talented artist co-wrote Icona Pop’s "I Love It" (which she also lent her voice to).

After writing tracks for pop singers like Icona Pop and Cher Lloyd, the Swedish singer-songwriter Tove Lo made her way into the solo spotlight with her single, "Habits (Stay High)" that peaked at No. 3 on the Billboard Hot 100 chart. Who says singing about eating your dinner in the bathtub is a bad thing?

There’s no doubt that pop singer Meghan Trainor’s catchy anthem on body positivity propelled her as one of 2014’s chart-topping artists. "All About That Bass" was Trainor’s multi-platinum debut that captured the No. 1 spot on Billboard’s Hot 100 chart for eight consecutive weeks, even reaching No. 1 globally on Spotify and the iTunes singles chart. Her highly anticipated full-length album has yet to hit shelves, but till then you can just listen to her catchy songs on repeat.

She is much, much more than Robert Pattinson’s new girlfriend. Born Tahliah Bennet, Twigs is one of the most talked-about names in music right now, having been nominated for the prestigious Mercury Prize and BBC Sound of 2014. Her unique and standout image is getting a lot of attention (just watch one of her provocative music videos), but we hope it’s her music that will keep everyone talking.

Music Breakout 2014 Artists
Your Guide to Thriving in This Strange New World
Staying
In? What to watch, what to eat, and where to shop from home
OR
Heading
Out? What you need to know to stay safe when heading out