TV Roundup: January Premiere Dates for Your Favorite Cable TV Shows
Loading
Already a member? Log in
No account yet? Create Account
Spot.ph is your one-stop urban lifestyle guide to the best of Manila. 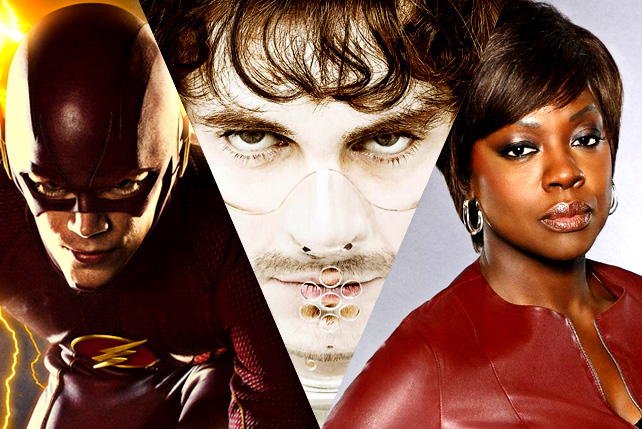 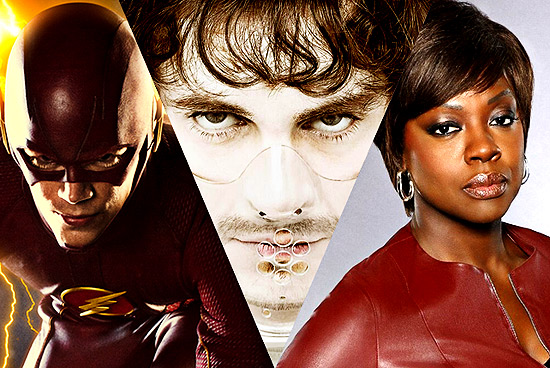 (SPOT.ph) It’s a new year, which means that the holiday TV hiatus is finally over! Some shows are new while others are returning, but one thing is for sure: There is just so much to catch up on. If you’re already feeling overwhelmed at the thought of keeping up with channels and schedules, we’re here to help. Think of this as your quick guide to just some of the TV shows you’ve been dying to see.

For a dose of the dark and twisted, look no further than the visually stunning Hannibal starring Mads Mikkelsen as the famous titular character. This second season, gifted FBI profiler Will Graham (Hugh Dancy) is accused of Hannibal Lecter’s crimes. Now that he sees Hannibal for what he truly is, Will sets to prove his innocence and sanity.

Suits is a legal drama set in the fictional high-profile law firm Pearson-Specter and revolves around the lives and cases of its lawyers. It’s been a rollercoaster of ups and downs for the firm the past four seasons, with the latest one pitting Mike Ross (Patrick J. Adams) and Harvey Specter (Gabriel Macht) against each other. While we’re anxiously waiting for the show’s return on January 28, Jack TV is airing reruns throughout the week.

Sherlock Holmes (Jonny Lee Miller) and Joan Watson (Lucy Liu) are back to solving intriguing cases in this modern and character-driven adaptation of Arthur Conan Doyle’s famous literary character. When we last saw our favorite detectives, Sherlock has just returned to New York with a new protégé (Ophelia Lovibond) in tow. The latter half of Elementary’s third season is slated to return on January 8.

The latest heart-stopping drama from producer Shonda Rhimes puts a new twist to the usual legal thriller. The show stars Viola Davis as Annalise Keating, a brilliant law professor to ambitious students who get entwined in a murder plot. New episodes are scheduled to air in the U.S. starting January 29. If you’re fuzzy on the mid-season finale details, we finally found out exactly how that big murder happened. (Also read: 5 Reasons to Watch How To Get Away With Murder)

Looking for something a little more fun and lighthearted? Check out The Mindy Project, which stars The Office’s Mindy Kaling. The third season brings new and much-awaited romance for Mindy and Danny (Chris Messina), after seasons of longing gazes and heartfelt moments.

Hannah (Lena Dunham) and her friends are back for an all-new fourth season of Girls, a comedy-slash-drama that follows a group of 20-somethings in New York City. Sure, at that age it’s probably all about making mistakes and this new season is chock-full of them.

Yes, we all know how Gotham ends but the thrill is in seeing how these memorable superhero and villain characters from the Batman universe were created. A much-younger Detective James Gordon (Ben McKenzie) is caught in the middle of escalating gang wars in Gotham and the mysterious murder of Bruce Wayne’s parents.

Airing date: Mondays at 9 p.m. (WarnerTV) and Thursdays at 3 p.m. (via satellite on Jack TV)

In the third season of the thrilling show, Oliver Queen (Stephen Amell) has narrowly defeated his biggest threat, Slade Wilson but his journey is far from over. Threat still looms as he continues his crusade to protect and defend his beloved city. Will he succeed?

At 23, Jane (Gina Rodriguez) thought her life was on track. Her life turns upside down, however, when a doctor mistakenly artificially inseminates her during a routine checkup. The plot only thickens when she finds out the donor is a married man who also happens to own the hotel where Jane works.

The adventures of adorable but narcissistic Eliza Dooley (Karen Gillan) are sadly over (the series’ last episode aired on December 30), but that doesn’t mean you shouldn’t catch the show while it’s still on air. A social media-obsessed Eliza quickly realizes that an online following isn’t the same as real friendships, so she enlists the help of Henry Higgs (John Cho) to "rebrand" her.

Madam Secretary is a deep and personal look at newly appointed Secretary of State Elizabeth McCord (Téa Leoni), who takes on the position after the suspicious death of her predecessor. When we last saw Elizabeth, she has just resumed the investigation into her predecessor’s passing while tackling political relations with Venezuela.

Airing on: Jack TV and ETC

Based on the DC Comics character, The Flash is a (literally) fast-paced drama that follows Barry Allen (Grant Gustin), a brilliant crime scene investigator with the power to move at superhuman speed. Before the hiatus, we witnessed the rise of a new, compelling villain, as well as Barry coming face-to-face with his mother’s murderer.

Dr. Henry Morgan (Ioan Gruffudd) is a New York City medical examiner who studies the dead for criminal cases. The plot twist? He can’t solve why he hasn’t died yet. Dr. Morgan has been young and alive for 200 years, living through decades and history as he tries to uncover the secret behind his immortality. Luckily, fans didn’t have to wait too long to learn the identity of the immortal man who has been contacting Henry since the first episode.

Murder in the First

Murder in the First follows homicide detectives Terry English (Taye Diggs) and Hildy Mulligan (Kathleen Robertson) as they investigate two murders. The mystery deepens when they uncover that both murders are tied to a Silicon Valley prodigy named Erich Blunt (Tom Felton). The show wrapped its first season in August with 10 episodes.

Web Therapy is an improvisational comedy series revolving around Fiona Wallice (Lisa Kudrow), a therapist who has conceived a new way of speaking to her patients: via webcam. Fiona’s misadventures carry on into the third season, which involves more quirky and hilarious patients and a cheaper replica of her method of therapy called "Net Therapy."

Tv 2015 Cable Schedule
Your Guide to Thriving in This Strange New World
Staying
In? What to watch, what to eat, and where to shop from home
OR
Heading
Out? What you need to know to stay safe when heading out