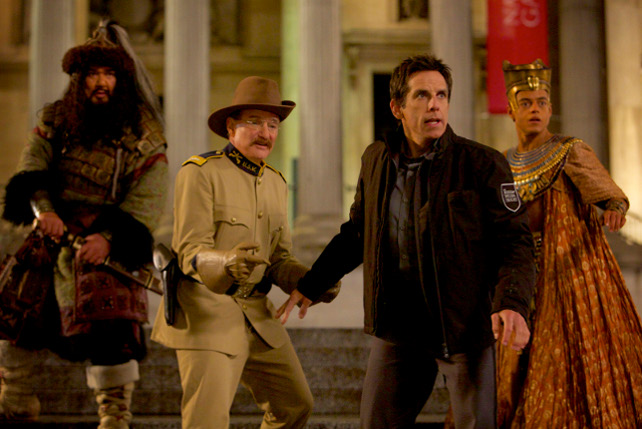 MOVIE REVIEW: Night at the Museum: Secret of the Tomb

A fun and surprisingly witty finale to this family-friendly franchise.

(SPOT.ph) It’s easy to see why Night at the Museum is so wildly popular among its target audience. Take a bunch of quirky characters played by very familiar faces, mix in a lot of history, throw in a bit of magic-and you’ve got yourself some box office gold (over $900 million and counting). 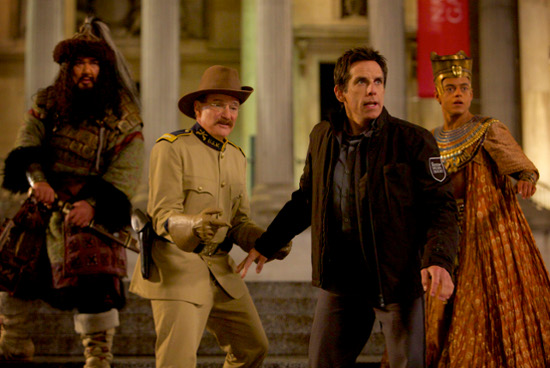 It’s been eight years since the exhibits at the American Museum of Natural History first came alive. In the third and purported final installment, we take a closer look at the Tablet of Ahkmenrah, an ancient Egyptian tablet responsible for the museum’s mysterious powers. Its faulty magic causes mayhem among the reanimated characters, wrecking havoc during a black-tie dinner held at the museum in the process. To solve the mystery, night watchman Larry Daley (Ben Stiller) rounds up the gang on a trip to the esteemed British Museum in London.

A new setting entails a fresh roster of characters, the most memorable being Downton Abbey alumnus Dan Stevens who gives a surprisingly hilarious performance as Sir Lancelot, and a much more PG-rated Rebel Wilson as the museum’s security guard. The plot allows Ahkmenrah (Rami Malek) to reunite with his parents, played by Ben Kingsley and Anjali Jay. Still, fans of the franchise will see the return of favorites like Teddy Roosevelt (Robin Williams), Roman general Octavius (Steve Coogan), and the wise-cracking cowboy (Owen Wilson). 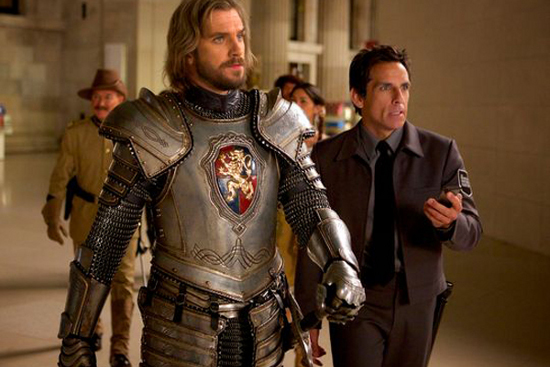 Director Shawn Levy conjures a fast-paced yet cheerfully silly film that is filled to the brim with gags. The script, penned by David Guion and Michael Handelman, is worthy of praise for sneakily witty one-liners (watch out for Kingsley’s quip on Jews) that will undoubtedly appeal to audiences of all ages. A particularly notable scene even involves Lancelot whisking off into the London night and...onto the stage of a West End Camelot revival. Its special effects are dazzling, seamlessly weaving through various museum displays and even into a physics-defying lithograph called "Relativity."

Night at the Museum may not exactly appeal to highbrow critics, but it’s certainly a standout in the family-friendly genre. Secret of the Tomb is a fond but unavoidably sad farewell, not just to the entertaining franchise, but to Robin Williams who, in one of his last works, still manages to tug at our heartstrings, and then some.

Night at the Museum: Secret of the Tomb is out in theaters today.

Movie Review Nightatthemuseum Secretofthetomb Benstiller Robinwilliams
Your Guide to Thriving in This Strange New World
Staying
In? What to watch, what to eat, and where to shop from home
OR
Heading
Out? What you need to know to stay safe when heading out