Do you like "Indak" by Up Dharma Down? You should hear this song. 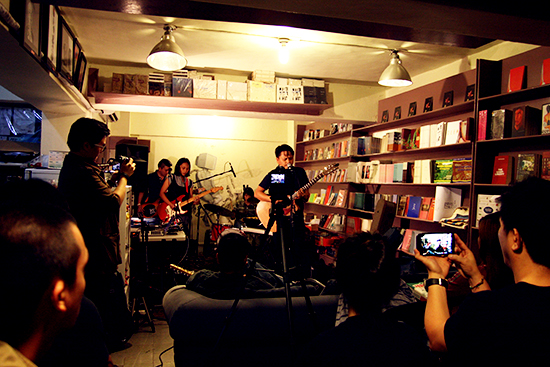 (SPOT.ph) Remember that time when "Indak" by Up Dharma Down came out and you couldn’t stop playing it, in a masochistic way-letting the consequences of bad decisions (or memories thereof) stab you in the mythical body part now known as the feels?

That wasn’t quite what Vin Dancel (of the band Peryodiko) felt when he heard it. His reaction was, we quote, "Putang ina. Ang ganda ng kantang ’to." We already knew that. In the parlance of the generation who grew up with Cher Horowitz: "Duh." 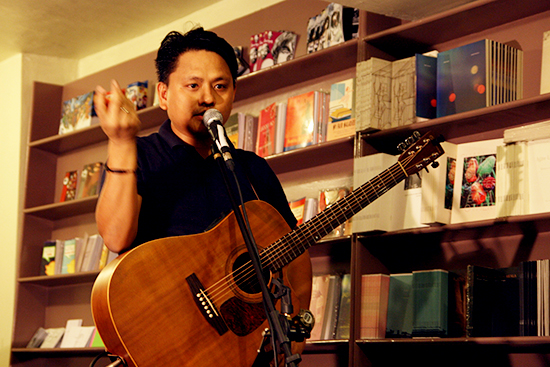 What we didn’t know, despite having recommended their EP Balik Sa Simula in 2014, is that he had written a song in response to that saksak puso song. Dancel penned "Tayo Lang Ang May Alam" from the perspective of the other and sung of...borrowing with permission. He said it better:

Don’t you just love it when things make sense because of a small piece of information?

Aside from this revelation, we also heard more stories about the band and the music scene in Words and Music at Uno Morato, organized by Aldus Santos for Pinoytuner. It’s bit of a throwback to MTV (the channel that used to play music videos) and their behind-the-scenes specials. Only this time, you could be part of the recording and you’ll have the privilege of asking the artists questions about their material and the process behind it. Or anything, really.

The idea is to give an insight on the songs, but as the artists chat away, incidental details of interest inevitably creep up. What they’re reading, the places they hang out in, and random anecdotes. During the pilot, it was about what being married to your bandmate is like and also, what meeting Gabby Concepcion is like (and how it prompted the writing of The Purplechickens’ "Casanova," a song said band, who played the pilot alongside Peryodiko, performed on the same night).

We don’t want to jinx the project, but if it continues, it’s an event worth recommending. The setting is intimate (Uno is best described as cozy) and banter with the band members is encouraged. Chika with our favorite band over beer? That’s an invitation we’ll take any day.

Peryodiko Pinoytuner Music Unomorato
Your Guide to Thriving in This Strange New World
Staying
In? What to watch, what to eat, and where to shop from home
OR
Heading
Out? What you need to know to stay safe when heading out