Justin Bieber wants to be a better person 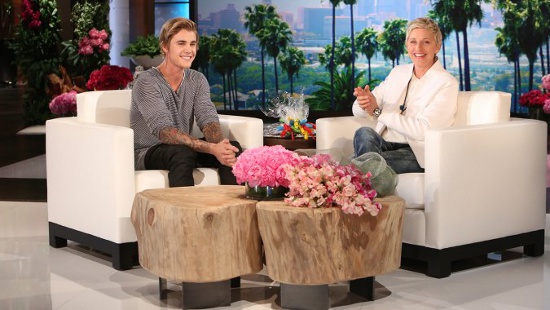 (SPOT.ph) Justin Bieber has been doing some serious soul-searching. On Wednesday, April 29, he took to his Facebook page to apologize for his troubled behavior the past year, like egging houses, peeing in a janitor’s bucket, getting arrested for a DUI, and getting into fistfights with Orlando Bloom. His emotional video is dark—literally, because you can barely see his face and apparently you can’t make amends with the lights switched on.

"I was really nervous, and I think I was nervous because I’m just, I was afraid of what people are thinking about me right now," he said. "It’s been a minute since I’ve been in the public appearance, and I didn’t want to come off arrogant or conceited." Bieber admitted he has been "acting out," that growing up in the industry is hard, and he just wants to be the good guy his mother raised him to be.

He also made a television appearance on The Ellen Show, where he said he will be celebrating his birthday with a Comedy Central roast, saying, "I think it's just cool to be able to laugh at yourself-I’ve done some things that might not have been the greatest [...] I just want to be able to...just kind of own up to some of the things."

What do you think of his apology, Spotters?

For more on this story, log on to The Hollywood Reporter.

Justin Bieber Theellenshow
Your Guide to Thriving in This Strange New World
Staying
In? What to watch, what to eat, and where to shop from home
OR
Heading
Out? What you need to know to stay safe when heading out