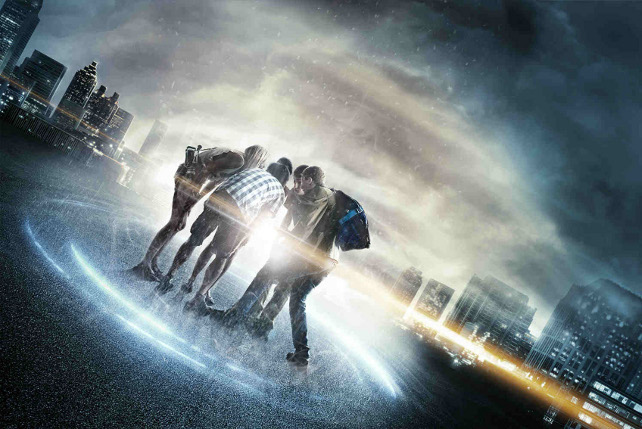 (SPOT.ph) One look at the trailer of Project Almanac, and it’s almost too easy to liken it to the 2012 movie Chronicle. Both are sci-fi films that revolve around teenagers, and delve into the found-footage format, but that’s where the similarities end. What Project Almanac brings to the table is time travel, with a promising storyline bolstered by a likable roster of characters.

At the heart of all the excitement is David (Jonny Weston), a brilliant teenager whose hopes of getting into MIT hang in the balance. His sole outward sign of nerdiness is his glasses, but Weston deftly plays his character with relatable charm and endearing awkwardness. Together with his best friends Adam (Allen Evangelista) and Quinn (Sam Lerner), and documented by his younger sister Christina (Ginny Gardner), they stumble upon footage of David’s seventh birthday party-and sees a glimpse of his present, much-older self in the video. 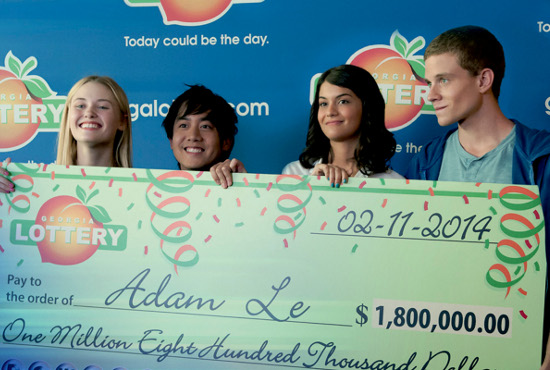 This discovery leads them to the basement where David’s late father has conveniently hidden instructions to build a time machine. It doesn’t take long until the shenanigans begin as this band of misfits experiment with the new technology. They’re teenagers, so it’s no surprise that they use their newfound power to win the lottery, score a Maserati, and go backstage in Coachella. As they tamper with time, the hilarious gags come to a screeching halt.

Gone is the fun and reckless abandon in the first half of the film, and the plot descends into a darker, and more intense second half. The gang discovers that the more they mess with time, the bigger the unwanted consequences. Then there’s that tricky time paradox where you run into your past self, and you’re wiped from existence completely. It’s when the actual mechanics of time travel become a concern that Project Almanac devolves into an overly complex and inconsistent tale. 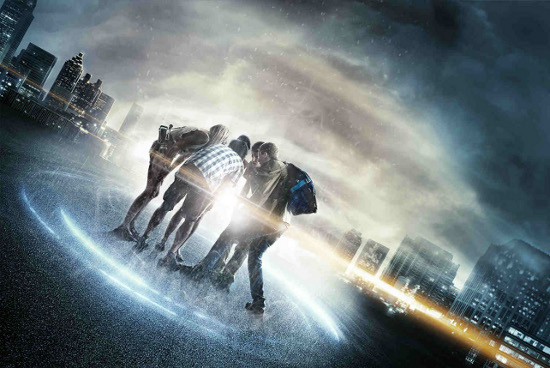 Director Dean Israelite and Matthew Lloyd do their best to make the handheld camerawork as spontaneous-looking as possible, but it is less of a masterful ode to the format and more of a shaky, lumbering effort that unfortunately renders the film nearly unwatchable. Throw in producer Michael Bay into the mix, and audiences won’t be lacking in his signature aesthetic of girls in skimpy outfits. Sadly, their combined efforts take away from the otherwise solid cast and surprisingly funny script penned by Jason Harry Pagan and Andrew Deutschman.

It’s certainly not a standout in the time travel genre, nor does it reinvent the found footage filming format, but it’ll entertain its target audience and sometimes, that’s enough.

Project Almanac is out in theaters February 4. Photos courtesy of United International Pictures.